Continuing a series of delays keeping NASA’s Ionospheric Connection Explorer on Earth, NASA announced Tuesday that the satellite’s launch aboard an air-dropped Northrop Grumman Pegasus XL rocket will not occur as scheduled Friday.

The $252 million science mission was set launch from an airborne carrier jet around 4:05 a.m. EDT (0805 GMT) Friday, but NASA said Tuesday mission managers decided to delay the flight “to conduct further pre-launch testing on the rocket.”

The space agency said in a brief statement that a new launch date will be established upon completion of the testing. No further information was released by NASA or Northrop Grumman.

Ground teams from Northrop Grumman Innovation Systems, formerly known as Orbital ATK, prepared the solid-fueled Pegasus rocket and its satellite payload at Building 1555 at Vandenberg, then rolled the vehicle out to an airfield for attachment to the L-1011 aircraft, dubbed “Stargazer.”

The L-1011 flight crew navigated through the Pegasus rocket’s “drop box” at an altitude of 39,000 feet (11,900 meters) around 50 miles (80 kilometers) east of Daytona Beach before landing at the Skid Strip. The practice run was intended to familiarize the pilots with the drop zone, and verify the Pegasus rocket’s compatibility with the U.S. Air Force’s range safety systems at Cape Canaveral.

Activities that were planned in the final week leading up to Friday’s launch included a launch rehearsal, additional range compatibility checks, inspections and final closeouts on the rocket.

The ICON satellite fastened to the Pegasus XL rocket will explore a mysterious connection between the ionosphere, a layer in the upper atmosphere ranging more than 60 miles (or 100 kilometers) above Earth, and weather conditions closer to the planet.

Scientists have long thought the solar wind was the leading influencer on conditions in the ionosphere, where plasma and particles converge to generate colorful auroral displays. Plasma in this region can also potentially impact communications, satellite navigation, and even electrical power grids.

“For a long time, (the solar wind) was thought to be the primary driver of variation in the ionosphere, or variations in the space environment,” said Douglas Rowland, ICON’s mission scientist at NASA’s Goddard Space Flight Center. “What we’ve learned in the last decade is that the lower atmosphere, some of our rainstorms and our tropical rainstorms, have a much bigger impact on the ionosphere, and how that distribution of plasma occurs can affect GPS.”

ICON is the first mission dedicated to examining the link between weather on Earth and conditions high above the planet.

ICON’s ride into space has been delayed more than a year by concerns related to its Pegasus launcher. The delays ultimately drove NASA and Northrop Grumman to move the launch’s staging base to Cape Canaveral from Kwajalein Atoll, where the U.S. Army runs a test site in the mid-Pacific Ocean.

Engineers wanted more time to inspect the Pegasus rocket motors after they were mishandled during shipment to Vandenberg, officials said. That pushed the launch back from June to December 2017, the next availability in the military-run range at Kwajalein in the Marshall Islands.

With that concern resolved, managers moved forward with plans to launch the Pegasus XL rocket with ICON on June 14. But engineers noticed an unexpected telemetry signal from the rocket’s rudder fin actuator after the L-1011’s departure June 6 from Vandenberg on a two-day ferry flight to Kwajalein.

During a planned stopover in Hawaii, officials decided to abort the mission and return the rocket to California for troubleshooting, giving up ICON’s launch slot at the busy military test range at Kwajalein. Workers removed the rocket from the carrier jet and returned it to the Building 1555 hangar, where they traced the problem to a faulty sensor requiring replacement.

That prompted NASA and Northrop Grumman to move the ICON launch from Kwajalein to a point off Florida’s east coast.

“The question we normally get is why wouldn’t you stage out of the Cape to begin with?” said Tim Dunn, a NASA launch director, in an interview in June. “It’s an interesting one because when ICON was first developed, it had an estimated mass that just tipped the scales of capability of coming out of the Cape at roughly 28-and-a-half degrees north latitude. From a capability point-of-view, Pegasus just could not do it from the Cape, so Orbital ATK offered in the proposal to go back to Kwaj.”

ICON requires a dedicated launch because few other satellites go into such an orbit, restricting rideshare launch opportunities.

It turns out ICON ended up weighing a little less than originally planned, meaning its Pegasus launcher can steer the satellite into its planned orbit without needing a launch site closer to the equator.

Officials then delayed the mission from a planned launch date of Oct. 6 to address a quality issue with a vendor-supplied electrical connector on the Pegasus rocket.

The ICON mission will be the 44th launch of a Pegasus rocket on a satellite delivery mission, and the 34th in the Pegasus XL configuration with uprated solid rocket motors. It will be the seventh Pegasus launch based out of Cape Canaveral, which hosted the most recent Pegasus rocket mission in December 2016. 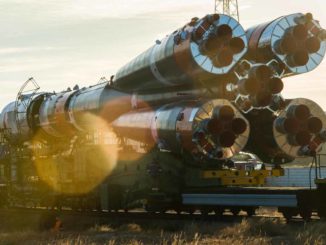 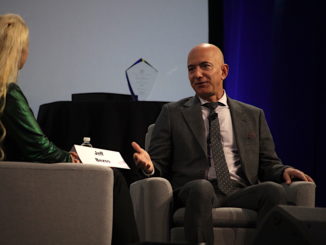 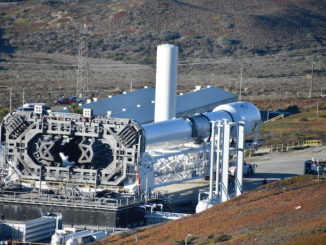