The Trump administration is proposing to end direct government support of the International Space Station in 2025, but plans to include $150 million in NASA’s fiscal 2019 budget, to be unveiled Monday, to begin work on transitioning, if possible, to a more commercially focused outpost, according to an internal NASA review.

The idea is to ensure a seamless transition from government-funded ISS operations to an outpost using new components, or even elements of the current space station, that would be operated as a base for private sector innovation, international cooperation and NASA experiments and research needed for eventual flights back to the moon and on to Mars.

“The decision to end direct federal support for the ISS in 2025 does not imply that the platform itself will be deorbited at that time — it is possible that industry could continue to operate certain elements or capabilities of the ISS as part of a future commercial platform,” according to a draft summary of NASA’s ISS Transition Report required by Congress in the agency’s 2017 Authorization Act.

“NASA will expand international and commercial partnerships over the next seven years in order to ensure continued human access to and presence in low Earth orbit,” said the summary, obtained by CBS News. It was earlier outlined by the Verge and The Washington Post.

To support and facilitate a transition to a commercially-focused platform in the mid 2020s, one in which NASA could be one of several users, “the administration is proposing to end direct federal support for the ISS in 2025 under the current NASA-directed operating model.”

The administration is requesting $150 million in fiscal 2019, with increasing amounts in downstream years, “to enable the development and maturation of commercial entities and capabilities which will ensure that commercial successors to the ISS — potentially including elements of the ISS — are operational when they are needed,” the draft said.

The goal is to “maintain seamless access to a human platform in LEO that meets NASA’s and the nation’s goals.”

The space station currently is authorized through 2024 and while many at NASA believe the outpost’s lifetime could be extended at least another four years to 2028, no such decisions have been made by the United States and its international partners — Russia, the European Space Agency, Canada and Japan.

And even if extending the station’s life to 2028 is politically viable, additional studies would be required to determine if its components and modules, some of which will be more than 30 years old by then, remain structurally sound.

“Nobody that I’ve heard is talking about operating beyond 2028,” said John Logsdon, a noted space historian, author and analyst who had not yet reviewed the draft report. “So we’re only talking about three years.”

The administration’s plan, he said, may be “to find a way in those three years to have the private sector use enough of the station to see whether there’s a justification for a post-station LEO (low-Earth orbit) platform that would be commercial.”

But any transition to a more private-sector operation using any part of the International Space Station would be difficult given the lab’s design.

NASA currently spends about $3 billion a year on station operations and support, maintaining the U.S. segment of the outpost, supplying spare parts and other critical cargo and buying seats aboard Russian Soyuz spacecraft to ferry U.S., European, Canadian and Japanese astronauts to and from the outpost.

NASA also supplies the lion’s share of the station’s electrical power through four huge sets of solar arrays and operates the four massive gyroscopes used to maintain the station’s orientation as required without using rocket thrusters.

But the gyros are not able to change the station’s altitude and the U.S. segment does not include any thrusters or fuel storage tanks.

Propulsion is provided by the Russians, who deliver a steady supply of rocket fuel aboard Progress supply ships. Without periodic reboost maneuvers, using Russian propellant and thrusters, the station would eventually fall out of orbit due to friction with trace particles in the extreme upper atmosphere.

NASA astronauts are not able to operate the station’s propulsion system and Russian cosmonauts are unable to operate NASA’s power systems or the control moment gyroscopes. Both nations are required for the space station to function with any degree of safety using separate flight control centers.

Any use of the station as a more commercially focused research platform would require Russian cooperation, and it’s far from clear the Russians would be willing to extend operations beyond 2024 in any case.

“Basically, the idea of a fully commercially operated facility using the ISS is a pipe dream,” Logsdon said in a telephone interview Sunday. “It’s too big, anyway. And we don’t know what the Russians will or won’t do. They’ve been talking about pulling some of their modules (off) and going off on their own.”

But that doesn’t mean NASA can’t “continue to put enough money in to allow the private sector a few more years to try to see if they can turn a profit doing things at the station,” Logsdon said. “There are people, knowledgable about the station, who think there could be some form of profit-making operation using some portion of the facility.”

Bigelow Aerospace, for example, has talked about attaching a huge inflatable module to the space station that could be used by NASA or private industry. A smaller Bigelow inflatable is currently attached to the lab as a test article.

And NASA already relies on commercial providers — SpaceX and Orbital ATK — to launch and deliver cargo to the space station and plans to use commercially developed spacecraft built by SpaceX and Boeing to ferry astronauts to and from the outpost starting next year.

The draft transition proposal states that a platform of some sort in low-Earth orbit is needed for medical research to learn more about the long-term medical impacts of the space environment and to develop the life support and other critical systems needed for eventual long-term stays on the moon or even longer flights to Mars.

The ISS also serves to reinforce NASA leadership on the high frontier, which the Trump administration says it wants to encourage and extend. But the clear goal is a more public-private partnership requiring less government funding.

Since the project was first mentioned in President Reagan’s 1984 State of the Union address, NASA and its partners have spent more than $100 billion designing, redesigning, building and maintaining the current space station. Assembly began in 1998 and the station has been continuously staffed by rotating astronaut-cosmonaut crews since October 2000.

Sen. Ted Cruz, R-TX, made it clear last week that he opposes any plan to terminate the International Space Station as long as it can be productively operated.

“As a fiscal conservative, you know one of the dumbest things you can do (is) canceling a program after billions of investment when there is serious usable life ahead,” he said. “We have invested massively in the ISS. It has produced enormous benefits to the United States and to the world, and we should use that asset as long as it is technologically feasible and cost effective to do so.

Cruz said that as long as he is chairman of the Senate Commerce, Science and Transportation Committee’s Space, Science and Competitiveness Subcommittee, “the ISS will continue to have strong and bipartisan support in the United States Congress.”

But the NASA Transition Authorization Act of 2017 directed NASA “to develop a plan to transition ISS from the current regime that relies heavily on NASA sponsorship to a regime where NASA could be one of many customers of a LEO non-governmental human space flight enterprise.”

A variety of options have been considered, ranging from continuing normal operations through 2024, de-orbiting all or part of the station and transitioning to a public-private partnership with NASA as one of many customers. The transition draft says NASA will continue to consult with its international partners “to ensure consensus.”

The Trump administration recognizes the benefits of international cooperation in space, the document says, and is willing to expand collaboration with U.S. allies “while working with a broader range of partners at all levels of capability.” 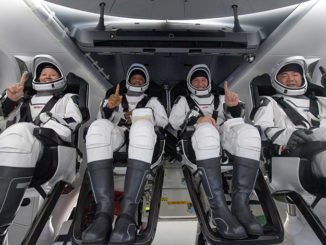 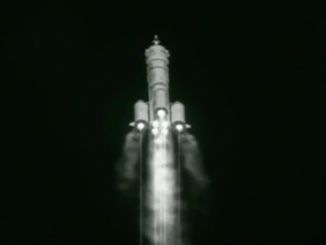 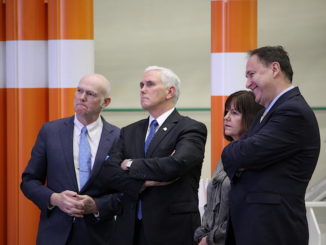