CAPE CANAVERAL — With the Atlas 5 rocket that will boost it into space now assembled and waiting, a $408 million NASA communications satellite is in final preparations for its science data relay mission.

The Tracking and Data Relay satellite-M, or TDRS-M, will be carried aloft by United Launch Alliance on Aug. 3 from Complex 41 at Cape Canaveral Air Force Station in Florida. A 40-minute morning launch window opens at 9:02 a.m. EDT (1302 GMT).

Built by Boeing, the geosynchronous spacecraft will act like a relay station 22,300 miles above Earth to receive telemetry, voice, video and scientific data from lower orbiting platforms — like the International Space Station and Hubble Space Telescope — and beam the signals to a central ground hub.

The satellite will become the 12th TDRS placed in space since 1983 and extend the constellation well into the 2020s, providing near continuous connectivity to spacecraft that would otherwise be in range of ground stations 15 percent of each orbit.

TDRS-M, standing 27 feet tall, currently resides at the Astrotech satellite processing facility in Titusville, Florida, having been fueled to its launch mass of 7,610 pounds.

It was shown to the news media today.

The craft arrived in Florida on June 23. Functional testing of the satellite bus, payload and propulsion system was completed by July 6 and propellant loading wrapped up on Tuesday, July 11.

The next step will occur next week when the craft is encapsulated in the Atlas 5 rocket’s 14-foot-diameter, 42-foot-tall aluminum payload shroud that will protect the delicate satellite for the trek out of the atmosphere.

Then, the payload will be hauled through Kennedy Space Center to the Vertical Integration Facility at Complex 41 for lifting and mating to the launch vehicle on July 25.

The rocket arrived by sea on June 26, sailing into Port Canaveral from the manufacturing plant in Decatur, Alabama, aboard the Delta Mariner cargo ship.

The combined interstage, Centaur upper stage and boattail of the fairing, all pre-integrated together off-site, was hoisted atop the first stage earlier today. 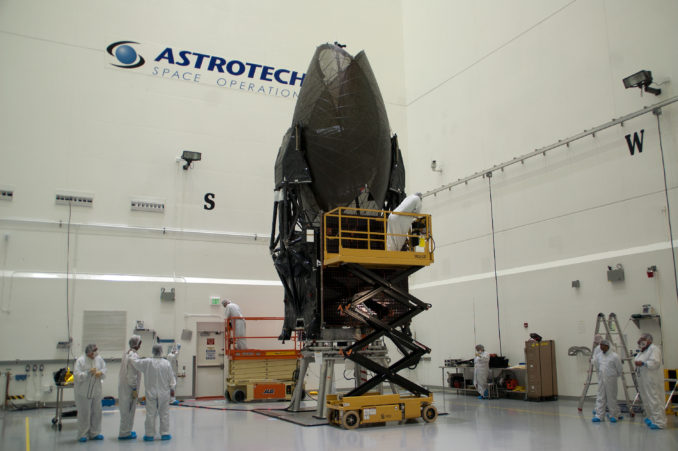 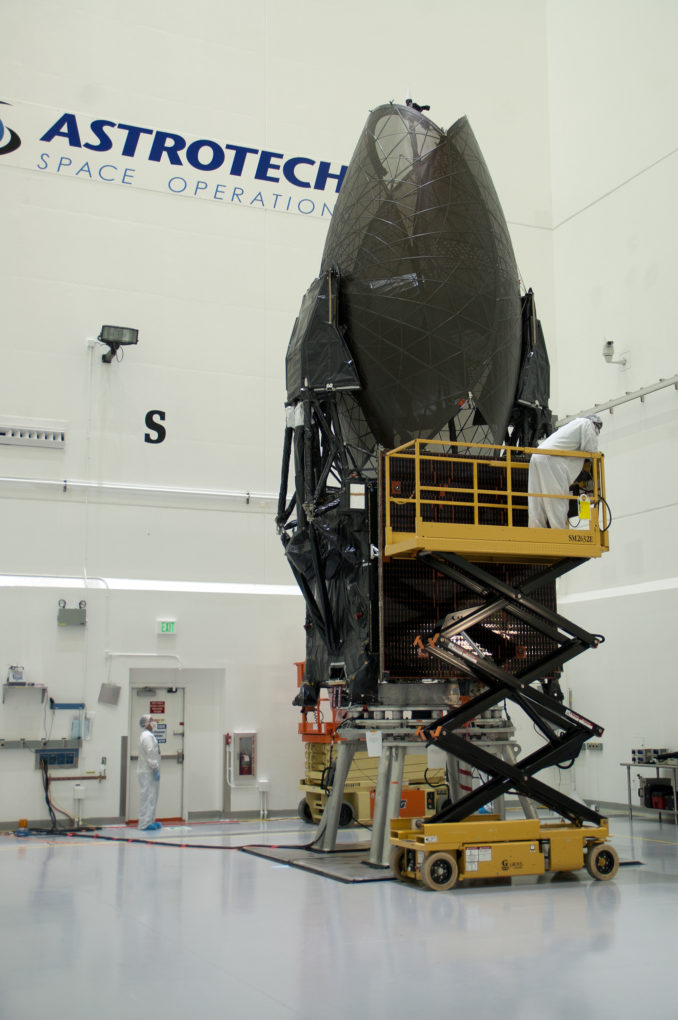 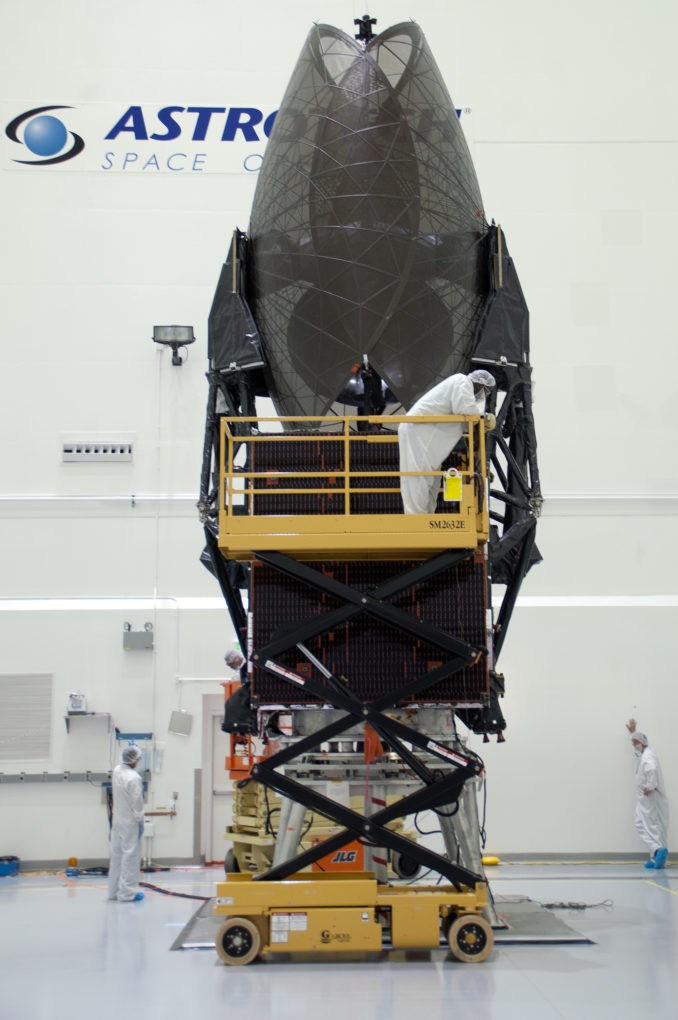 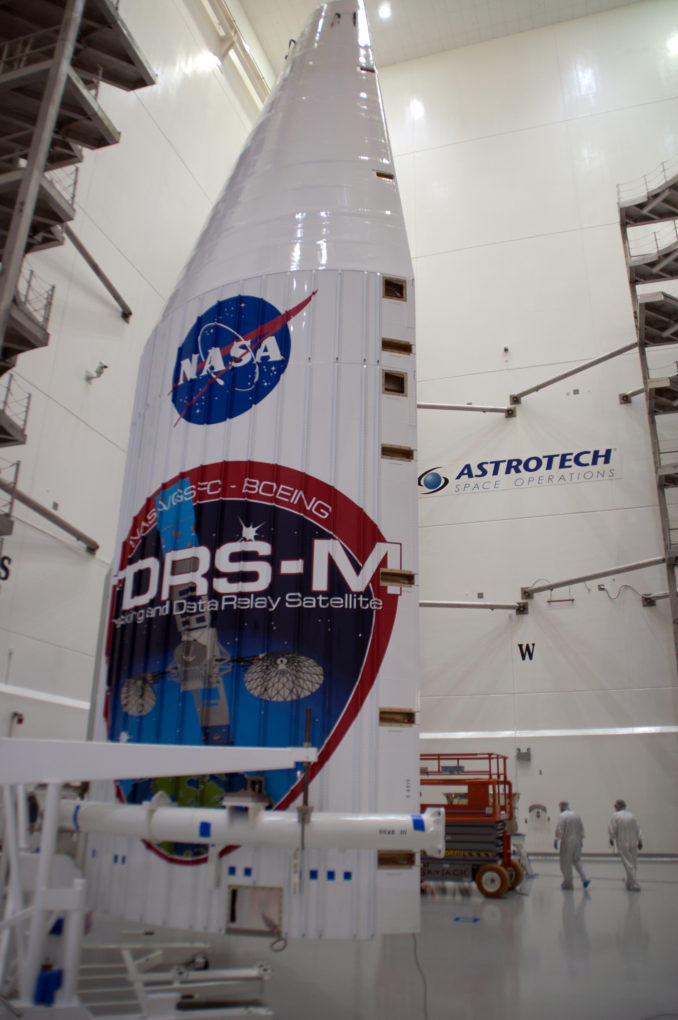 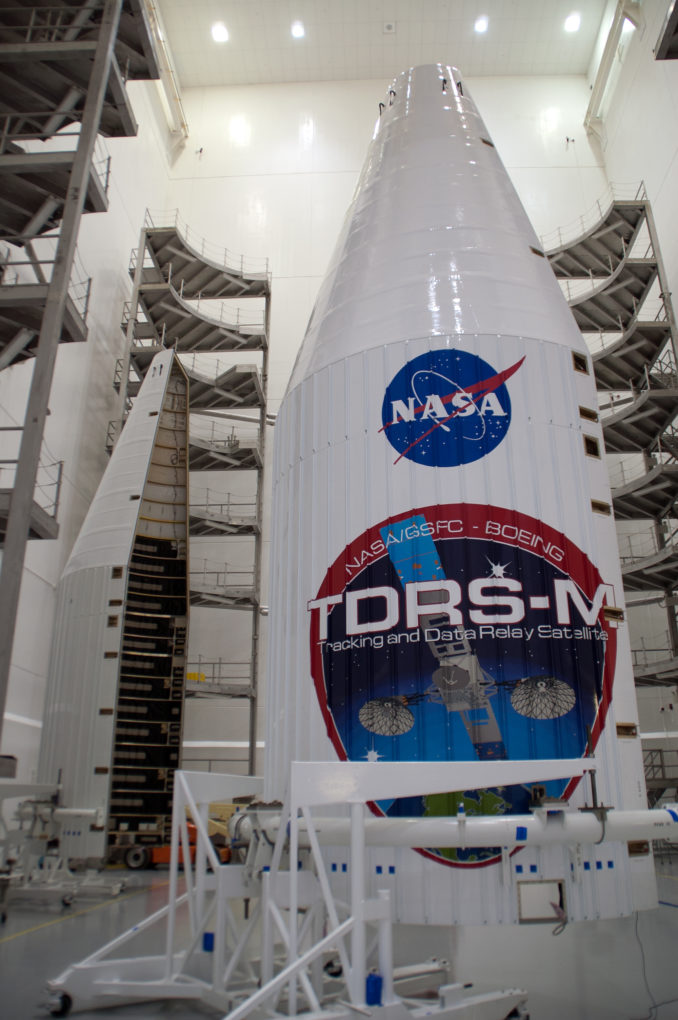 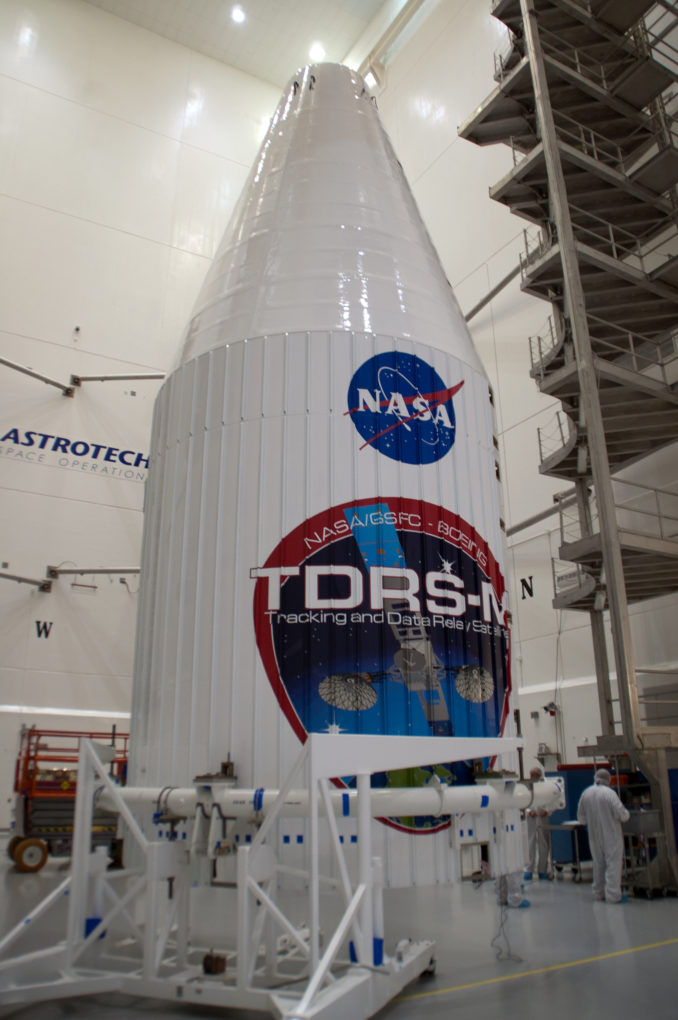 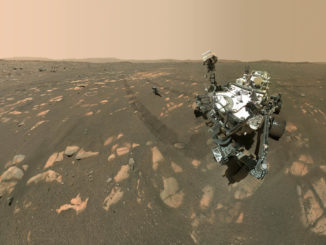 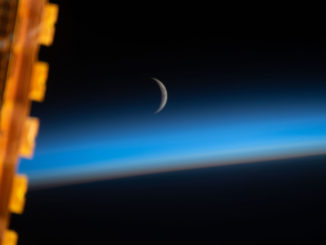