SpaceX fueled its next Falcon 9 rocket at launch pad 39A and ignited the booster’s nine Merlin engines at sunset Thursday, passing a major step in the launch campaign leading up to liftoff of the Intelsat 35e communications satellite Sunday.

The rare evening hotfire test occurred at 8:30 p.m. EDT Thursday (0030 GMT Friday), with the Merlin 1D engines firing for around seven seconds while the two-stage rocket — without its satellite payload — was restrained by hold-down clamps at pad 39A.

The static fire came six days after SpaceX’s last launch from pad 39A, a record turnaround for the historic launch complex at NASA’s Kennedy Space Center in Florida. Liftoff with the Intelsat 35e satellite is scheduled for 7:36 p.m. EDT (2336 GMT) Sunday at the opening of a 58-minute launch window. 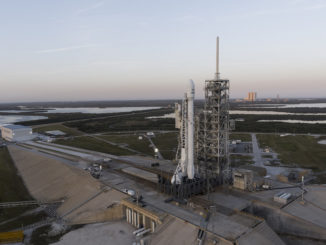 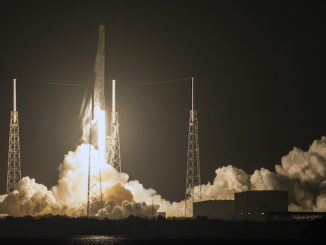 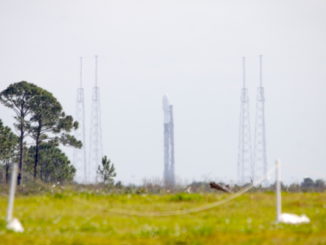