SpaceX’s Falcon 9 rocket is set for liftoff from Cape Canaveral early Thursday, heading due east over the Atlantic Ocean to deliver the Inmarsat 5 F4 communications satellite into orbit 32 minutes later.

Perched atop the rocket is the Inmarsat 5 F4 communications satellite, a spacecraft made by Boeing, ready to join Inmarsat’s Global Xpress network providing broadband connectivity to airline passengers and maritime crews. The rocket will place the satellite into a high-altitude “supersynchronous” transfer orbit.

The timeline below outlines the launch sequence for the Falcon 9 flight with Inmarsat 5 F4. On this mission, SpaceX does not plan to attempt a recovery of the rocket’s first stage booster due to the high performance required to place the heavy Inmarsat 5 F4 spacecraft into a high-altitude orbit.

The Falcon 9 does not carry landing legs or grid fins, which are not required for the expendable mission. 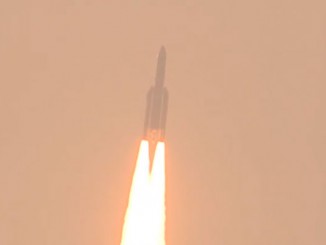 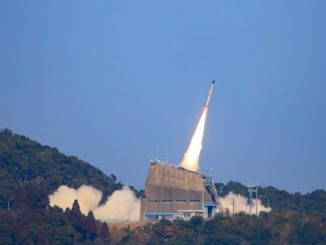 Souped-up sounding rocket lifts off from Japan with tiny satellite