The WFIRST mission will launch in the 2020s as NASA’s next flagship-class astrophysics observatory following the James Webb Space Telescope set for liftoff in 2018.

Paul Hertz, head of NASA’s astrophysics division, said the mission’s formulation phase is due to begin in February after WFIRST passed a mission concept review in December. The formulation milestone is a year ahead of schedule after Congress sped up WFIRST with extra funding in recent budgets.

“This budget (passed in December) lays out funding for WFIRST of $90 million in the current fiscal year, and it also directs us to move forward toward starting the WFIRST project,” Hertz said Jan. 4 in a presentation to a group of astronomers and astrophysicists charged with advising NASA strategic science programs.

The $90 million appropriated to the WFIRST project this year is much more than NASA’s $14 million budget request. The space agency had internally planned to pass WFIRST’s formulation gate in 2017.

Lawmakers also awarded extra funding to WFIRST in 2014 and 2015, and NASA spent the money to infuse technology development for the observatory’s two main instruments, a multipurpose wide field imager and a coronagraph to see dim planets contrasted against the bright light of stars.

“Two years ago, we laid out a set of milestones for the technology development necessary for both the wide field detector technologies and the coronagraph technologies,” Hertz said. “We have made every one of our milestones on schedule so far. That doesn’t mean we’re in the clear, but that means the team is working hard.”

NASA has put the peak spending years on JWST behind it, opening up the agency’s astrophysics budget to gradually ramp up work on WFIRST, the next in a line of marquee telescopes with a lineage tracing from Hubble to Chandra, Spitzer and JWST.

WFIRST stands for the Wide-Field Infrared Survey Telescope, a mission with a preliminary cost projection of up to $2.3 billion. It is designed to enable new research into the expansion of the universe, the distribution of exotic dark matter, and faraway solar systems.

For astronomers, the advancements to be introduced by WFIRST are like giving the Hubble Space Telescope peripheral vision.

With a launch date scheduled for no earlier than 2024, WFIRST is baselined for a six-year mission at the L2 Lagrange point, a gravitationally stable location about a million miles from Earth in the direction away from the sun, Hertz said.

The telescopes’ primary mirrors are 2.4 meters (7.9 feet) in diameter, the same size as the primary mirror aboard Hubble. The mirror set to fly on WFIRST is nearly twice the diameter as the telescope in the observatory’s original concept.

The spy optics will give WFIRST much better vision, but the telescope’s bigger size means it needs a larger spacecraft and rocket, adding to the observatory’s cost. But it would cost even more if NASA developed the 2.4-meter telescope from scratch, according to agency officials.

A wide field instrument on WFIRST will take pictures with sharpness comparable to imagery from Hubble, but with 100 times the field of view. WFIRST will see the cosmos in near-infrared wavelengths, overlapping with a segment of of the spectrum observed by Hubble and JWST, which is even more sharp-eyed in narrow vision than WFIRST.

But WFIRST can survey a wider swath of the sky to study the universe at a larger scale.

WFIRST was the top recommendation for NASA’s astrophysics program in a National Research Council decadal survey released in 2010. The agency’s policy is to follow cues from the science community encapsulated in the decadal survey reports.

The observatory will also carry a stellar coronagraph, the first such device ever flown in space, to blot out the bright light of stars to directly image planets lurking nearby. Direct imaging will allow astronomers to begin measuring the structure and composition of exoplanets, a key step in determining whether the worlds are habitable.

NASA’s Kepler space telescope, the most prolific planet-hunter to date, is unable to detect exoplanets unless they cross in front of their parent star and temporarily dim the starlight.

WFIRST could discover about 20,000 exoplanets itself, according to a March 2015 report by the mission’s science definition team. So far, Kepler data have contributed to the discovery of about 1,000 worlds around other stars. 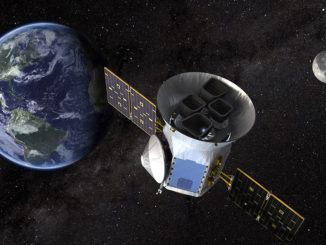 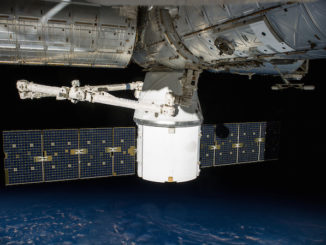 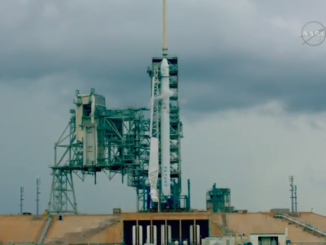