Updated after confirmation of Wednesday’s flyby.

NASA’s Cassini spacecraft radioed home Wednesday after a high-speed dash through the wispy fountains of Saturn’s moon Enceladus, sampling particles that hold telltale hints whether alien life could survive somewhere in the depths of a vast global ocean hidden beneath a crust of rumpled ice.

Scientists believe the material seeping into space through vents or fractures scattered across Enceladus’ south pole comes directly from the underground sea, offering a glimpse into the moon’s interior, where conditions might be ripe to host microbes.

Bolting by Enceladus at 19,000 mph, the plutonium-powered Cassini space probe was expected to only pass through the icy plumes for a few tens of seconds, scientists said, but the orbiter was programmed to execute a tightly-choreographed observation sequence to measure the chemical constituents of the eruption cloud and capture a series of images.

Pictures from the flyby are expected in 24 to 48 hours, NASA said late Wednesday.

“We’re going to be scraping over the south pole (of Enceladus) at around 19,000 mph, just 30 miles above the surface, and we’re going to go right through the plume,” said Earl Maize, Cassini’s project manager at the Jet Propulsion Laboratory in Pasadena, California.

The flyby was the the deepest dive through the icy plumes since Cassini discovered the geyser-like features over Enceladus’ south pole in 2005. The plumes originate near long, sinuous fissures scientists have dubbed tiger stripes. The fractures are conduits through which material from the underground ocean streams into space.

Wednesday’s encounter with Enceladus was Cassini’s 21st passage near the icy moon. About the size of the U.S. state of Arizona, Enceladus’ frozen exterior makes it one of the brightest objects in the solar system.

“We learned that just like Jupiter’s larger moon Europa, there is a global liquid water ocean under Enceladus’ icy crust, and we also discovered evidence that there is hydrothermal activity, reactions between hot rock and liquid water, occurring inside Enceladus at the bottom of that ocean,” said Curt Niebur, Cassini’s program scientist at NASA Headquarters in Washington.

Controlled from JPL, Cassini is in its final two years orbiting Saturn. The spacecraft, which NASA dispatched from Earth in 1997, is running low on maneuvering fuel after 11 years circling the giant ringed planet.

NASA has extended the multibillion-dollar mission several times, giving Cassini dozens of flybys of Saturn’s largest moon Titan, a world bigger than Mercury shrouded in hazes and harboring seas and rivers of liquid hydrocarbons. Cassini dropped a short-lived European-built lander on Titan in 2005.

Titan still holds much interest among planetary scientists, who consider it among the most Earth-like worlds in the solar system. But Enceladus turned out to be another star of Cassini’s mission.

“Enceladus is not just an ocean world,” Niebur told reporters Monday. “It’s a world that might provide a habitable environment for life as we know it, and while the Cassini spacecraft does not have the instruments needed to detect life, it does have the instruments that can tell us about the characteristics of that ocean, and it is those characteristics that control … whether or not life on Enceladus is even a remote possibility.”

With a closer look at the source of the plumes, scientists hope to learn whether their source is in discrete nozzles like geysers on Earth, or if the eruptions come from long cracks in Enceladus, resulting in a curtain of material escaping the moon and populating Saturn’s orbit.

Cassini’s cameras peered toward Enceladus as the spacecraft streaks past the moon, attempting to capture views of the surface fractures — or tiger stripes — where the plumes appear out of the crust. The region was in darkness at the time of the flyby, but reflected sunlight from Saturn — nicknamed “Saturnshine” by scientists — offered dim illumination.

The raw views will be smeared due to Cassini’s blazing speed, but computer processing on the ground should sharpen the images and yield a high-resolution look at the tiger stripes.

Jonathan Lunine, a member of Cassini’s science team from Cornell University, said there is “almost incontrovertible evidence” of a global ocean lurking inside Enceladus. Cassini has already measured stuff from the subsurface ocean, Lunine said, but Wednesday’s plow through the plumes should give the spacecraft a bigger taste.

“We’re also quite sure that the larger grains that Cassini has sampled, the ones with the salts present, those are actually frozen sea water,” Lunine said in an interview with Spaceflight Now. “They’re coming out of the ocean and freezing with the salt trapped in it, so we’re then essentially sampling this subterranean ocean.”

Spaceflight Now members can read a transcript of our full interview with Jonathan Lunine. Become a member today and support our coverage.

Sensors on Cassini were also supposed to hunt for organics more complex than the carbon-bearing molecules found on previous visits to Enceladus.

“We’ve seen organics, we’ve seen methane and carbon dioxide, and a number of key ingredients, and in this case with our much deeper dive through the plume, we’ll have the chance to sample potentially larger particles and a greater density of both the gas and the particles,” said Linda Spilker, Cassini’s project scientist at JPL, before the Enceladus flyby. “We might find new organics that we haven’t seen previously just at the limits of our detection.”

Luanne said the spacecraft’s spectrometers were built with Titan in mind, not Enceladus, and are rooted in technology from the 1980s.

Lunine is eager to see if the probe’s ion and neutral mass spectrometer detects molecular hydrogen embedded in the plumes.

A positive detection of hydrogen would bolster evidence for hydrothermal vents at the sea floor. Lunine said the interaction of hot water and rock at the base of the subsurface ocean should produce molecular hydrogen, but it is still a question whether the hydrogen signature will register with Cassini.

Deep vents on Enceladus’ sea floor could provide an environment where microbes could thrive as they do at the bottom of Earth’s oceans, according to scientists.

“The amount of hydrogen emission will reveal for us how much hydrothermal activity is actually occurring on that sea floor with implications for the amount of energy thats available,” Spilker said. “Energy is a key ingredient for habitability on Enceladus.”

Even if Cassini does not find molecular hydrogen, it does not rule out hydrothermal activity, Lunine said.

“Hydrogen is very reactive, and if it’s made at the base of the ocean — if indeed it is made there — it’s quite possible that it reacts with some other molecules or possibly even gets eaten up by life if life is present,” Lunine said in an interview with Spaceflight Now. “Even in the case of the Earth, one often doesn’t measure as much hydrogen at these tantalizing hydrothermal systems as one would expect. So we’ll look for it.”

“No. 1, I’m looking for is Cassini safely coming out the other side because we’ve got many other exciting things we want Cassini to do,” Lunine said.

There was a slight risk with the encounter, Maize said. He described the density of the plume as like steam or smoke, but any collision with a large particle at Cassini’s speed could spell disaster.

“We have flown through the plumes before at a higher altitude (where it is) not quite so dense, so this is a little bit riskier, but not that much,” Maize said. “We feel like we’re taking a very prudent approach at this point in the mission. We still have a couple of years left and exciting stuff still to do, so we’re not going to risk everything on this one flyby.”

Wednesday’s flyby was the penultimate time scientists will get an up-close look at Enceladus for more than a decade, and potentially years longer, until a new mission is sent with a modern payload.

“I think we’ll get superb data, and I’m looking forward to discovering some new molecules in the plume, and some new things about the icy grains that are there,” Lunine said. “It’s going to be really high quality data, better than we’ve gotten before.

“But we also know that this is going to create a new set of questions, as any good data set does,” Lunine said. “We’re not going to be able to go back with Cassini and say we’re going to do another plume passage to address those questions, so that’s a little tough.”

One more swing by Enceladus is scheduled for Dec. 19 — at a more distant range than Wednesday’s visit — then Cassini’s trajectory will take the spacecraft near Titan for a final series of flybys there, before looping inside Saturn’s rings in the final phase of the mission.

Ground controllers will oversee Cassini’s plunge into Saturn’s atmosphere in September 2017 to conclude the mission nearly 20 years after its launch.

Lunine, who leads Cornell’s Center for Radiophysics and Space Research, said he has worked on the Cassini project more than 30 years.

“Last week, we just celebrated the 25th anniversary — the silver anniversary — of the start of the mission in 1990,” Lunine said. “I was involved in preliminary studies throught the 1980s. I like to tell people I was engaged to Cassini for six years, and then married to it for 25 years. After that, it’s going to be hard to let it go.” 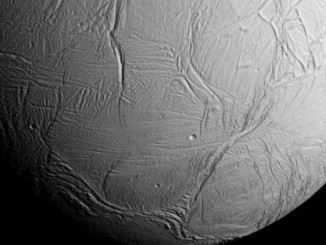 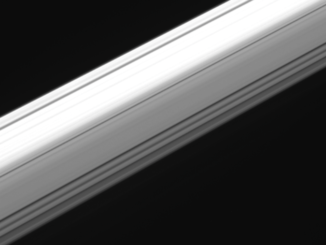 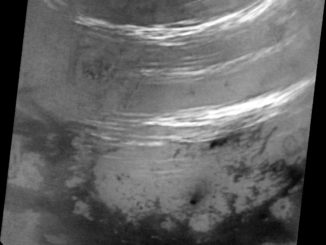