One of Saturn’s peculiar moons has received an up-close look from NASA’s Cassini spacecraft, which sent back the best-ever pictures of Atlas, an object shaped like a flying saucer orbiting just outside the planet’s rings.

Atlas circles Saturn just outside the A ring, the outermost of the planet’s main, bright rings, according to NASA. The disk-shaped moon is about 19 miles (30 kilometers) across, slightly larger than the moon Pan, which is similar in appearance.

Cassini took the closest-ever pictures of Pan during a flyby in early March, with its shape drawing comparisons to a walnut or ravioli. Like Pan, Atlas looks like a miniature version of Saturn, with a bulbous central body and a smooth ridge spanning its equator.

Scientists believe the equatorial ridges on Pan and Atlas may have formed as the moons collect grains of ice and dust from nearby rings.

Atlas was discovered in 1980 in imagery taken by the Voyager 1 spacecraft during its encounter with Saturn, and it orbits around 85,500 miles (137,600 kilometers) from the planet, completing one lap every 14.4 hours.

Running low on fuel, Cassini is in the final months of its mission, heading for a crushing Sept. 15 dive into Saturn’s atmosphere to avoid an inadvertent collision with one of the planet’s potentially habitable moons. The spacecraft will swing by Saturn’s largest moon Titan, covered in rain-replenished lakes of liquid methane and ethane, on April 22 and use gravity to reshape its orbit and begin a series of passages between the planet’s cloud tops and innermost ring.

The maneuver will make Cassini the first craft to ever explore Saturn’s ring gap, making measurements of the mass of the planet’s rings, probing Saturn’s atmosphere and interior structure, and collecting spectacular imagery.

Find out more about Saturn and its moons in this 196-page special edition from Astronomy Now. Order from our online store. 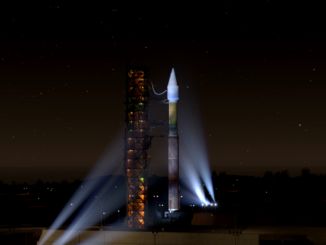 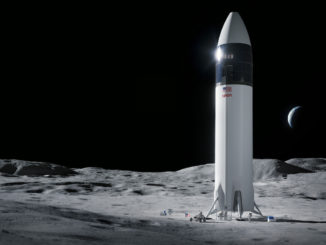 NASA chooses SpaceX to land next astronauts on the Moon 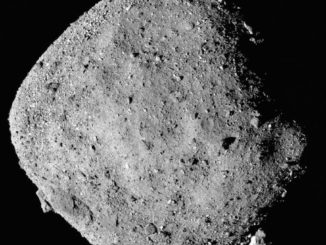