The Japanese space agency has selected Ryugu as the name of an asteroid pursued by the country’s Hayabusa 2 space probe, naming the object after a dragon’s palace in an ancient Japanese fairy tale, officials said Monday.

A selection committee picked the name Ryugu from 7,336 entries proposed by the public. The asteroid was previously known as 1999 JU3, and the new name has been submitted to the International Astronomical Union to be added to the global scientific body’s registry, according to the Japan Aerospace Exploration Agency.

Ryugu is the name of an undersea dragon’s palace visited by Urashima Taro, a fisherman in a Japanese folk story who brings back a mysterious treasure box from the underwater castle.

“The theme of ‘bringing back a treasure’ is common as the Hayabusa 2 will also bring back a capsule with samples,” JAXA said in a statement.

Asteroid Ryugu was discovered by U.S. scientists in 1999 and measures approximately 900 meters — about 3,000 feet — across. When it arrives at Ryugu in June 2018, Hayabusa 2 will make the first visit to the object and attempt to retrieve rock specimens for return to Earth in 2020.

Hayabusa 2 launched Dec. 3, 2014, and is heading for gravity assist flyby of Earth in December, which will slingshot the solar-powered spacecraft toward its rendezvous with Ryugu in 2018.

The mission carries four small landers — three from Japan and one from Germany — it will drop to the asteroid’s surface during a year-and-a-half of operations in Ryugu’s vicinity. Each probe has mechanisms to allow them to hop around the asteroid.

The Hayabusa project visited asteroid Itokawa — named for Hideo Itokawa, a pioneer in Japan’s space program — in 2005, but technical problems prevented the spacecraft from gathering the intended samples. Hayabusa successfully landed back on Earth in 2010, and scientists harvested microscopic specimens from the return capsule.

NASA plans to launch its first asteroid sample return probe in September 2016. Named OSIRIS-REx, the mission will rendezvous with asteroid Bennu, about half the size of Ryugu, and fly back to Earth with rock fragments in 2023. Bennu was named for a mythological Egyptian bird in a competition among U.S. schoolchildren. 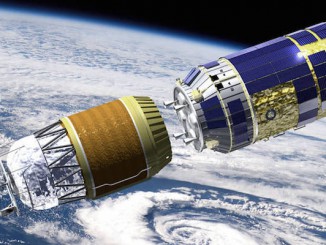 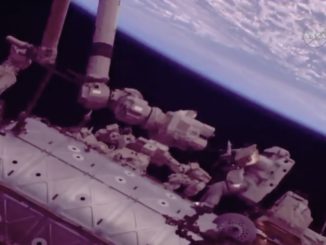