Investigators have traced the cause of an in-space disintegration of a U.S. Air Force weather satellite in February to a battery fault and identified six other spacecraft in orbit prone to the same failure.

Engineers originally suspected the polar-orbiting satellite’s power system was to blame for the Feb. 3 explosion, which littered low Earth orbit with 147 objects ranging from the size of a baseball to the size of a basketball, according to an Air Force press release.

A report from engineers investigating the break-up of the Defense Meteorological Satellite Program Flight 13, or DMSP F13, spacecraft revealed the probable cause of the failure was a compromised wiring harness inside a battery charger aboard the satellite. The report also detailed how satellite controllers on the ground responded to the mishap and decommissioned the weather observatory within hours, preventing the potential release of more debris.

Although the objects large enough to be tracked by U.S. military radars number in the hundreds, researchers from the University of Southampton studying the accident say the rupture generated more than 50,000 fragments larger than 1 millimeter, many of which will remain in orbit for many decades.

A design flaw in the satellite’s battery charger led to the accident, and six other DMSP satellites still orbit could suffer a similar fate, Air Force officials said.

Experts blamed the battery failure on an electrical short caused by a degraded wiring harness.

“Analysis indicates one of the wiring harnesses lost functionality due to compression over a long period of time in the battery charge assembly,” Air Force officials said in a statement. “Once the harness was compromised, the exposed wires potentially caused a short in the battery power, leading to an overcharge situation with eventual rupture of the batteries.”

DMSP F13 launched aboard an Atlas booster from Vandenberg Air Force Base in California in March 1995. Built by Lockheed Martin, the craft was operating well beyond its four-year design life when it broke apart in February after more than 100,000 orbits around Earth.

The satellite was the second-to-last member of the DMSP-5D2 series, which was replaced by an upgraded design to fulfill the Air Force’s weather forecast requirements through the 2000s and 2010s.

DMSP-5D2 block satellites began launching in early 1982, and engineers noted the Lockheed Martin battery chargers on the spacecraft are difficult to assemble and rooted in a design dating back to 1972. The chargers require meticulous workmanship to ensure the units meet design specifications.

“The major design flaw within the box stems from an insulated wiring harness that can fray as it rubs on the components found within the battery charge assembly housing,” officials wrote in the DMSP F13 failure report obtained by Spaceflight Now. “Once the harness is frayed, the exposed wires cause a short.”

While the batteries have typically functioned much longer than designed, imperfections in the charger can lead to an electrical short, triggering overheating and a high-energy rupture of the battery.

A similar event likely caused the in-orbit disintegration of the DMSP F11 weather satellite in 2004, producing its own cloud of space debris, according to Col. Dennis Bythewood, commander of the Air Force’s 50th Operations Group, the unit which manages operational DMSP satellites headquartered at Schriever Air Force Base, Colorado.

NOAA is charged with uplinking commands to the Air Force’s weather satellites through an inter-agency agreement.

While officials identified process improvements to help ground operators respond to future battery emergencies, there is no way to eliminate the risk on the six spacecraft carrying the same battery type as DMSP F13.

“The rupture aboard DMSP F13 was the result of an inherent design flaw which would require a redesign and install on the satellite, which is not possible,” Bythewood said in a response to questions from Spaceflight Now. “Based on the analysis, we’ve determined areas for the satellite to more quickly identify anomalous battery behavior and accomplished software adjustments that enable tighter execution of the commanding packages required to reconfigure the power subsystem during short satellite contact windows.”

Only one of the aging DMSP satellites with the faulty battery remains operational — DMSP F14 launched in 1997 — but retired spacecraft are also prone to battery ruptures.

Satellite decommissioning procedures typically include the release of high-pressure gases and unconsumed propellant, along with a full discharge of spacecraft batteries, to reduce the chance of an explosion after retirement.

Such “passivation” measures were instituted by satellite operators to prevent the creation of space junk.

“While on board software may be able to detect some of the symptoms of an anomaly with the battery charger, analysis has shown the risk of potential short circuit remains even after satellite shutdown,” Bythewood said.

Current-generation DMSP satellites, including the DMSP F20 weather observatory in storage awaiting launch, use an upgraded charger, according to Bythewood.

Fragments from DMSP F13 are scattered between 300 kilometers and 1,200 kilometers (186 miles and 745 miles), according to the Air Force. The Joint Space Operations Center, the military unit which tracks objects in Earth orbit, has reported no close calls for collisions between DMSP F13 debris and the approximately 110 active payloads at similar altitudes.

The failure review report describes early tries by the DMSP F13 satellite’s NOAA and Air Force control team to recover the weather station from an uncontrolled spin after the battery rupture Feb. 3.

Control technicians initially noticed rising temperatures and out-of-bounds electrical currents on DMSP F13’s suspect battery, but the situation deteriorated precipitously as the spacecraft passed in and out of range of a global network of ground stations over the next few hours.

During the next communications pass, telemetry from DMSP F13 showed the burst battery had dropped offline, and the satellite’s other battery was alternating between charge and discharge states, indicating the craft was in a spin.

Within five hours, officials realized the satellite was unsalvageable and sent commands to switch off DMSP F13’s weather sensors, disconnect its remaining battery from the spacecraft’s solar arrays and turn off its final transmitter. 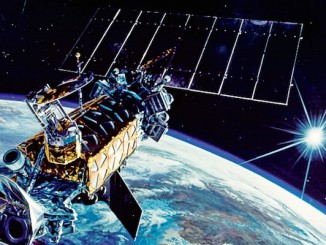 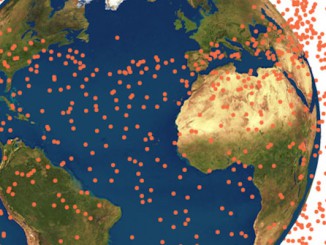 DMSP satellite debris expected to remain in orbit for decades 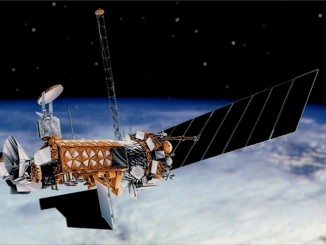