The U.S. Air Force says a temperature spike in the power system of a nearly 20-year-old weather satellite may have led to the spacecraft’s explosion in orbit, scattering more than 40 fragments of debris that could be flying around Earth for decades.

“The Defense Meteorological Satellite Program Flight 13 (DMSP 13) reached end of life Feb. 3, 2015, at 2:39 p.m. MST (2139 GMT),” Air Force Space Command said in a statement. “The decision was made to render the vehicle safe after DMSP operators discovered a sudden spike in temperature in the power subsystem of the nearly 20-year-old weather satellite followed by an unrecoverable loss of attitude control.”

The Joint Space Operations Center, a military unit based at Vandenberg Air Force Base in California, identified a cloud of debris near the satellite. The military’s space surveillance network initially tracked 43 objects from the DMSP satellite’s break-up, Air Force officials said.

“While the initial response is complete, JSpOC personnel will continue to assess this event to learn more about what happened and what it will mean for users within this orbit,” said Col. John Giles, director of the Joint Space Operations Center.

Military officials will continue tracking the debris and issue warnings to operators of other satellites if they are predicted to pass nearby.

The satellite was orbiting about 800 kilometers, or 500 miles, above Earth in a path that takes it over the poles.

“The event is not considered major,” said Holger Krag of the European Space Agency’s Space Debris Office in Darmstaft, Germany. “Should the reported number of fragments stabilize at this level, we can consider it to be within the range of the past 250 on-orbit fragmentation events.

“For our missions — with CryoSat 2 being closest to the event altitude — we do not expect any meaningful risk due to the event,” Krag said in an ESA press release.

International guidelines call for decommissioned satellites and spent rocket bodies to be “passivated” when their missions are complete, a process that includes disconnecting internal batteries from the spacecraft’s circuitry and venting leftover fuel and high-pressure gases.

Built by Lockheed Martin, DMSP 13 had not yet been safed because it was still operational when it broke apart in early February.

“Satellite fragmentations are typically triggered by break-ups of tanks or batteries caused by remnant onboard energy sources under the influence of the harsh environment in space,” ESA officials said in a statement.

“The dispersion of the fragments associated with the DMSP 13 event is fairly large, however, and the largest concentration of fragments resides near the altitude in which the satellite operated,” ESA said. “This is still about 100 kilometers above ESA’s satellite constellation. The fragments will slowly decay over the years and decades to come.”

DMSP 13 was the oldest active member of the Air Force’s fleet of weather satellites in polar orbit, and it completed more than 100,000 laps around the Earth since its launch aboard an Atlas-E rocket from California in March 1995.

The Air Force said ground controllers moved the spacecraft to a backup role within the DMSP constellation in 2006, and DMSP 13 supplied weather data to support air campaigns over Afghanistan, during the invasion of Iraq, and the bombing of Yugoslavia.

“There are six remaining DMSP satellites that will continue to provide assured, secure, global environmental sensing data to our users,” the Air Force’s statement said.

The most recent DMSP satellite lifted off in April 2014, and one more spacecraft is in storage on the ground awaiting launch when needed. The satellites are jointly utilized and operated by the Air Force and civilian authorities at NOAA.

The Air Force is studying options for a follow-on program to continue weather observations for military purposes after the DMSP system is retired. 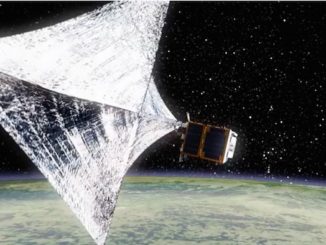 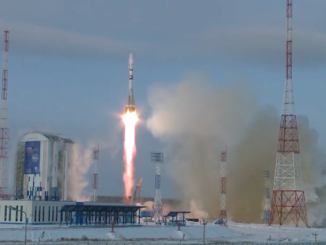 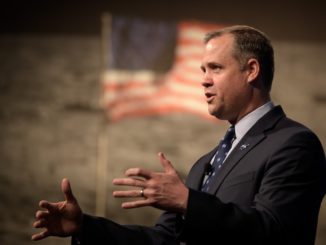