The first in a planned multi-decade series of European land imaging satellites is fastened on top of a solid-fueled Vega launcher at a French Guiana space base for liftoff Monday, kicking off a mission to track everything from global crop growth to urban sprawl.

The spacecraft, built by Airbus Defense and Space, is folded up inside the launcher’s nose shroud. Technicians spent the last few weeks finishing tests on the satellite, filling it with hydrazine fuel for in-space maneuvers, and completing the delicate job of attaching the craft to the top of the Vega rocket on its launch pad at the French-run Guiana Space Center in South America.

After flying north from French Guiana and over the North Pole, the four-stage rocket will deploy the 2,513-pound (1,140-kilogram) satellite in space less than 55 minutes after liftoff when it is flying above Australia. The Vega is programmed to release Sentinel 2A into orbit 488 miles (786 kilometers) above Earth.

Monday’s flight will be the fifth launch of the Vega rocket since its debut mission in 2012, and it is the second Vega flight this year under the auspices of Arianespace.

Sentinel 2A is the second satellite to launch for the European Copernicus program, a network of orbiting observatories to collect measurements of Earth’s atmosphere, land surfaces and oceans with an array of cameras, radars and sounding instruments.

The craft launching Monday will build the foundation for the land component of the Copernicus system, which is managed by the European Commission, the executive body of the European Union.

The Copernicus program is the largest civilian-run Earth observation space project ever.

The European Space Agency manages the Copernicus program’s satellites and launches on behalf of the EU. But unlike most of ESA’s missions, the Sentinel satellites are not research-oriented — they are full-fledged operational satellites designed to aid urban planners, the agricultural industry, environmental policymakers, emergency responders and national security forces make key decisions.

“This is an operational spacecraft,” said Francois Spoto, ESA’s Sentinel 2 program manager, in an interview Sunday. “This is not considered a scientific spacecraft, even though science will benefit from the mission.”

Fitted with a unique imager, Sentinel 2A should be operational within three months. Its first images could come down within a week of launch if all goes according to plan, according to Spoto.

Sentinel 2A will peer down at Earth from a polar orbit carefully maintained to ensure the satellite continuously sees Earth at the same time of day, removing a major variable from its measurements.

Its only instrument is a color camera, but the imager packs a punch.

The camera can see in 13 colors and paints a swath 180 miles (290 kilometers) wide as Sentinel 2A speeds around Earth.

“It has 13 spectral channels to analyze 13 different nuances of colors when taking an image of Earth, and a spatial resolution which may seem relatively modest — 10 meters (33 feet) in the current case — is actually quite high given the number of channels and the width of the swath of the imagery,” Spoto said.

The satellite extends observations made by France’s Spot series of Earth imaging spacecraft and the U.S. Landsat missions.

But Sentinel 2A’s camera covers a wider footprint than Landsat in each orbit — 180 miles instead of 115 miles. Sentinel 2A is also sensitive to more detail in the colors of vegetation, soils, water and structures than Landsat 8, the latest in a string of Landsat satellites dating back to the 1970s.

Sentinel 2A will collect sharper, higher-resolution pictures than Landsat 8, but the U.S. spacecraft can see Earth in thermal infrared — heat emitted from the surface — a capability not set up on Sentinel 2A.

Officials say Landsat’s biggest strength comes from the longevity of the program — the first Landsat launched in 1972 — giving users access to a rich and sustained archive of imagery to track changes to Earth’s surface caused by the growth of cities, deforestation, crop yields, and the shrinkage of lakes and reservoirs caused by drought and irrigation.

Sentinel 2A will offer a slightly different dataset, but European officials tout the Sentinel system’s ability to revisit a spot on the globe in 10 days, compared to Landsat’s revisit rate of 16 days.

An identical satellite named Sentinel 2B is being built for launch in September 2016 to fly in orbit opposite from Sentinel 2A, reducing the constellation’s revisit time to five days.

Sentinel 2B will blast off atop a Russian Rockot launcher, Spoto said. Each satellite comes with a design life of seven years, but they carry propellant to survive up to 12 years, he said.

Mission planners originally envisioned Sentinel 2A launching from Russia and Sentinel 2B flying on Europe’s Vega rocket, but ESA swapped the rocket assignments when the Vega became available to send up the first of the pair this year, according to Spoto.

The two Sentinel 2 satellites cost a combined 350 million euros, or approximately $400 million at current exchange rates, Spoto said. The cost figure does not include the launches on Vega and Rockot.

The entire budget for the Copernicus system is forecast to be nearly $10 billion through 2020. Development of the program began in 1998, and it “guarantees long-term observations of the globe,” said Mark Doherty, head of ESA’s Earth observation exploitation development division and chief of the agency’s initiative for climate change.

Together with the Galileo navigation system, the Copernicus satellites are the costliest program in European space history. But unlike Galileo, nothing like Copernicus exists.

“Constellations of satellites monitoring the Earth with radar systems, looking at the atmosphere, looking at the oceans, looking at the land change, they will assure Europe with the data it needs at least for the next 20 years, and combined with the meteorological systems, this is a very powerful and essential tool,” Doherty said in remarks in May at the International Symposium on Climate Change in Rome.

Europe will freely distribute data from the Copernicus satellites, a key tenet of the program.

The first Copernicus platform — the radar-equipped Sentinel 1A satellite — launched in April 2014. The Sentinel 3A satellite tailored for ocean observations is scheduled to go up from Russia before the end of this year.

“I was personally involved in making the socioeconomic benefits analysis of an investment in this system, and the basic conclusion was if we want benefits for Europe and benefits for everyone, the best way we get that is just to get this data out into people’s hands, (and) let them be informed so that they will be informed and make better decisions,” Doherty said.

“If people make better decisions, it will benefit everyone, whether they are in China, or in Africa, or in Europe,” Doherty said. 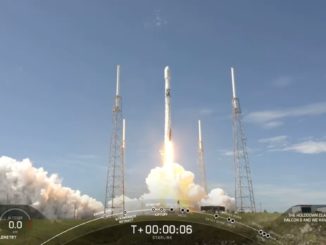 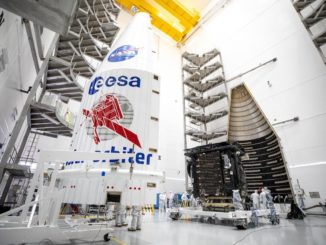 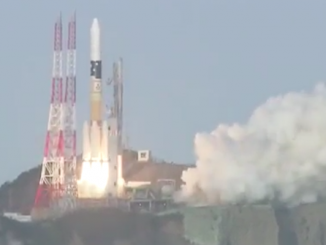