China launched a new spacecraft into orbit Monday begin growing the country’s Beidou navigation system into a global service alongside satellite constellations from the United States, Russia and Europe.

The fresh Beidou satellite rode into space at the tip of a Long March 3C rocket after liftoff from the Xichang launch base in southwestern China’s Sichuan province. The three-stage hydrazine-fueled rocket launched at 1352 GMT (9:52 a.m. EDT) Monday, according to China’s state-run Xinhua news agency.

The Beidou satellite system includes navigation stations circling Earth in different types of orbits, and Chinese officials did not disclose where in the constellation the Long March rocket released the satellite launched Monday.

The spacecraft — with a launch mass of nearly one ton — is the 17th satellite to launch in China’s operational Beidou system, and it was constructed by a Shanghai-based division of the China Academy of Sciences set up to develop small satellite platforms.

The Beidou network will consist of 35 satellites when complete in 2020. The satellites will be scattered in three types of orbits — geosynchronous orbit over the equator and in inclined orbits circling 22,300 miles and 13,300 miles above Earth.

The flight path taken by the Long March rocket indicates the satellite was destined for one of the Beidou system’s inclined orbits.

Xinhua reported a new Chinese upper stage accompanied the Long March 3C rocket launched Monday to inject the Beidou spacecraft into a near-circular orbit close its final operating position, eliminating the need for the satellite to complete the maneuvers itself.

Equipped with a long-life battery, the Yuanzheng stage can fire its engine multiple times during flights lasting up to six hours.

Monday’s launch marked the first spacecraft put in orbit for the third phase of the deployment of China’s Beidou network, which has provided regional navigation coverage over the Asia-Pacific since the end of 2012.

China aims to have the Beidou system sending positioning and timing signals worldwide by 2020.

When fully operational, the Beidou system will join the U.S. military’s Global Positioning System and Russia’s Glonass network in offering global service. Europe’s fleet of Galileo navigation satellites should also be complete by 2020, bringing the number of global positioning systems to four.

Monday’s launch was the fourth mission in the last week to deliver new navigation satellites to space, coming after the March 25 liftoff of a GPS satellite on a Delta 4 rocket, Friday’s launch of a Soyuz rocket with two Galileo spacecraft, and India’s deployment Saturday of a new member of its regional navigation system.

Beidou managers say the constellation will provide positioning services with an accuracy of 10 meters, or about 33 feet, speed estimates within less than one foot per second, and time measurements within 10 nanoseconds.

The Chinese military will also be a prime user of Beidou navigation data. 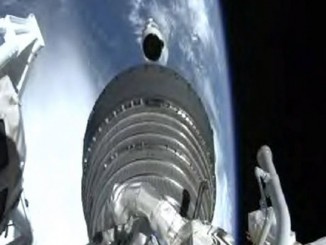 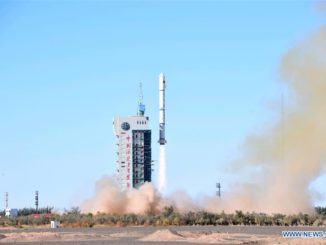 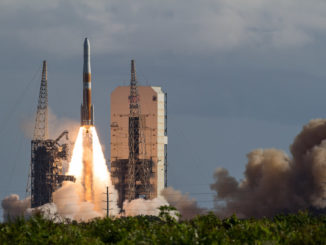