NASA’s Cassini spacecraft — in its 11th year orbiting Saturn — has spotted the gas giant and its haze-covered moon Titan suspended in the blackness of space as brilliant crescents.

Encircled by its famous rings faintly visible in this image, Saturn dwarfs its largest moon Titan, which appears as a ring of light thanks to tiny haze particles in its atmosphere. The particles refract light, bending sunbeams to illuminate parts of the moon that would otherwise be in shadow.

Scientists can actually glean rich scientific data from images like the one seen above.

“More than just pretty pictures, high-phase observations — taken looking generally toward the Sun, as in this image — are very powerful scientifically since the way atmospheres and rings transmit sunlight is often diagnostic of compositions and physical states,” NASA wrote in a caption of the photo. 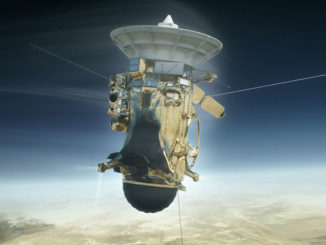 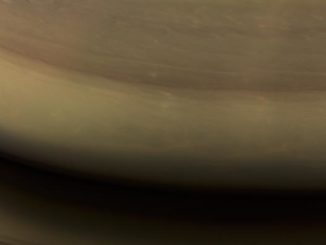 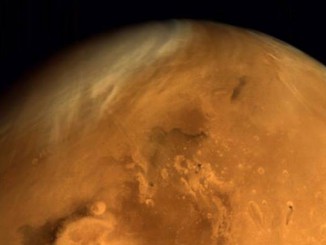