Fifteen years after accomplishing the first-ever landing on Saturn’s moon Titan, lessons learned from the European Space Agency’s Huygens spacecraft continue aiding designers of future planetary probes, according to new results from a study looking at why the landing craft spun the wrong way as it descended through Titan’s thick, hazy atmosphere.

The Huygens lander was suspended under a parachute for most of its two-and-a-half-hour descent through Titan’s nitrogen- and methane-rich atmosphere, taking measurements of atmospheric composition, winds, pressure, density and temperature.

Huygens also returned hundreds of images taken throughout the descent, plus the first imagery from Titan’s surface after landing Jan. 14, 2005.

Shrouded in an orange haze, Titan harbors lakes of liquid hydrocarbons like methane and ethane, some of which are connected through complex river-like channels. Scientists believe Titan likely has an underground ocean of liquid water, too, placing the frigid planet-sized moon high on the list of priorities in the planetary science community.

All those discoveries were made or confirmed by the Cassini mission, which ended in 2017. The descent of Huygens in 2005 returned the only in situ data from Titan’s atmosphere, and the probe returned evidence of recent liquid activity on Titan’s surface.

The European-built probe separated from NASA’s Cassini spacecraft Dec. 24, 2004, with a counter-clockwise spin of 7.5 rotations per minute. The spin was intended to keep the 9-foot-wide (2.7-meter) Huygens spacecraft stabilized during the three-week coast before arriving at Titan.

The outer shell of Huygens included a heat shield that was jettisoned after the spacecraft’s initial entry into Titan’s atmosphere.

Named for Christiaan Huygens, a Dutch astronomer who discovered Titan and Saturn’s rings, the spacecraft deployed a 28-foot-diameter (8.5-meter) main parachute to slow its velocity during the 2-hour, 27-minute descent through the moon’s dense, hazy atmosphere.

Soon after plunging into Titan’s atmosphere, the spin of the disk-shaped Huygens spacecraft decreased more sharply than predicted. After approximately 10 minutes, the spin reversed to adopt a clockwise direction, ESA said.

Huygens continued spinning in a clockwise direction for the remaining 2 hours, 15 minutes of the descent.

“Luckily, the magnitude of this reversed spin was similar to that expected by the researchers, meaning that the unexpected flip affected the timing of the planned observations, but did not dramatically affect their quality,” ESA said in a press release Tuesday.

A study by Vorticity, a British company, and wind tunnel testing performed at the University of Orléans in France under contract to ESA have helped uncover the primary cause of the unexpected spin reversal.

The outer shell of Huygens had 36 angled vanes to control the spin of the craft’s descent module, according to ESA.

But two appendages extending from the descent module — a separation subsystem component and the craft’s radar altimeter antenna — produced an unexpected torque oposite to that that produced by the vanes, ESA said.

“This effect was amplified as the vanes altered the gas flow around the descent module in a way that enhanced the amplitude of the ‘negative torque’ – the effect that made Huygens flip its direction of spin – until it exceeded the influence of the vanes,” ESA said in a press release.

ESA said there were also indications that booms holding sensors for an atmospheric structure instrument on Huygens may not have fully extended during descent. Testing showed an asymmetric configuration of the booms — in which one boom extended more than the other — could also generate a negative torque.

The investigation into the source of Huygens spin reversal mystery will help inform the design of future planetary entry probes, according to ESA.

While the unexpected spin did not impact the Huygens mission’s science output, the probe only returned about half of its planned images due to a software programming error.

The Cassini orbiter relayed data from Huygens back to Earth during the European probe’s descent. Huygens transmitted the data on two channels, but Cassini was not listening on one of the channels as Huygens parachuted through Titan’s atmosphere.

Officials blamed the mistake on an error in the programming sequence uplinked to Cassini. The error meant that about 350 of the 700 images Huygens was supposed to capture at Titan were never downlinked to Earth. 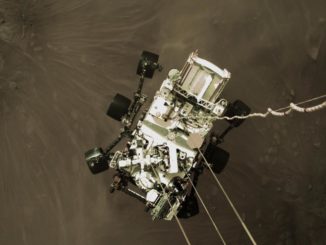 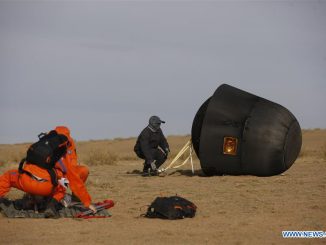 Chinese space lab back on Earth after groundbreaking embryo experiment 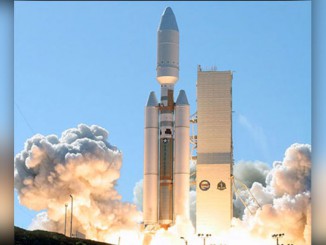