Just 13 seconds after Virgin Galactic’s SpaceShipTwo began a rocket-powered test flight last Friday — and just five seconds after its innovative aero-braking system was inadvertently deployed at supersonic speeds — the spaceplane apparently broke up, killing one pilot and injuring another, according to a National Transportation Safety Board timeline released Monday.

NTSB Acting Chairman Christopher Hart said SpaceShipTwo was dropped from its carrier jet at 10:07:19 a.m. PDT. At the controls in the commercial rocket plane’s left seat was pilot Peter Siebold. Michael Alsbury, the co-pilot, was in the right seat.

Two seconds after release, the pilots fired the ship’s hybrid rocket motor, burning solid propellant with nitrous oxide to begin the powered portion of the test flight. Then, just eight seconds later, between 10:07:29 a.m. and 10:07:31 a.m., SpaceShipTwo’s aero-braking system was unlocked by Alsbury while the spaceplane was traveling at 1.02 times the speed of sound.

Three seconds after that, video and telemetry suddenly stopped as the spacecraft apparently began breaking apart. Alsbury was killed in the crash. Siebold somehow escaped the wreckage and parachuted to the desert far below. Hart said Siebold, recovering from injuries in a local hospital, had not yet been interviewed and investigators do not know how he got out of the spacecraft, or even whether he was conscious, as SpaceShipTwo began breaking up.

SpaceShipTwo is the centerpiece of Virgin Galactic’s plans to launch a new commercial space industry. The idea is to carry private citizen-astronauts out of the lower atmosphere and into space during short, sub-orbital flights providing a few minutes of weightlessness and a spectacular view before the vehicle arcs back into the atmosphere for a long glide back to Earth.

Virgin Galactic officials say hundreds of would-be astronauts have signed up, paying up to $250,000 a ticket. Company founder Richard Branson had hoped to begin commercial flights next spring, but those plans are now on indefinite hold in the wake of the mishap Friday.

SpaceShipTwo, built by Scaled Composites, featured an innovative design to increase atmospheric drag and reduce velocity as it fell back into the atmosphere. Distinctive twin tail booms with fins on the ends extend straight behind the spaceplane during normal flight, but for re-entry, the booms swing up to a steep angle relative to the fuselage. The transition is knows as feathering.

To initiate the feather, the pilots must first unlock the mechanism. Then, after motor burnout, a second control must be activated to drive the tail booms upward with respect to the fuselage.

SpaceShipTwo was not attempting a sub-orbital spaceflight Friday and it’s not known how long the rocket motor was intended to fire. But Hart said the feather system was not supposed to be unlocked below a velocity of Mach 1.4 and that the mechanism extended without either pilot activating the deploy control.

A major question in the investigation is what prompted the co-pilot to unlock the mechanism earlier than expected and how that might have contributed to the accident. It was not immediately known whether aerodynamic forces alone could have forced the feather to extend at the lower velocity or whether some other factor might have played a role.

But Hart said NTSB investigators have formed a new “human factors” committee to investigate cockpit displays and controls and how pilots interact with the high-tech control systems. Investigators also will look into the data displayed during the test flight to determine whether velocity readings, and other measurements, were accurate.

In the meantime, investigators will continue to study and catalogue the wreckage while data analysis will move to NTSB facilities in Washington. Hart said a final report could take a year or more to complete. 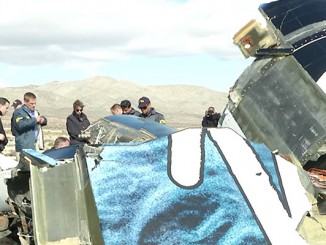 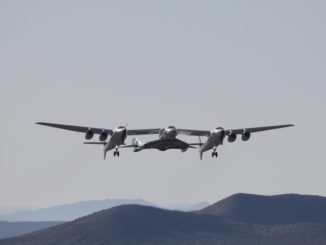 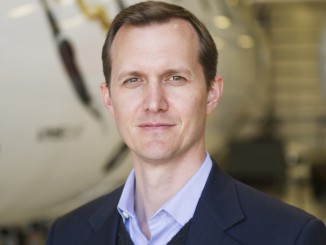