Richard Branson, the charismatic leader of Virgin Galactic and a driving force in the push to commercialize space travel, vowed Saturday to find out what caused the fatal crash of his company’s SpaceShipTwo rocket plane Friday, to learn from the tragedy and to press ahead with plans to carry paying customers into space.

But he said Virgin Galactic and its partner, Scaled Composites, “understand the risks involved and we’re not going to push on blindly. To do so would be an insult to all those affected by this tragedy. We’re going to learn from what went wrong, discover how we can improve safety and performance and then move forwards together.”

The normally confident Branson was even more circumspect when asked if the dream of commercial spaceflight is still alive in the wake of the high-profile crash.

“It’s fair to say that all 400 engineers who work here, and I think most people in the world, would love to see the dream living on,” he said at the Mojave Air and Space Port in Mojave, Calif. “We owe it to our test pilots to find out exactly what went wrong, and once we’ve found out what went wrong, if we can overcome it, we’ll make absolutely certain the dream lives on.”

SpaceShipTwo, a futuristic looking winged craft with a striking Virgin Galactic logo and livery, was designed to carry passengers out of the discernible atmosphere for brief forays in the weightless environment of space. It was built by Scaled Composites, a company founded by legendary aerospace designer Burt Rutan whose smaller SpaceShipOne became the first privately funded vehicle to fly into space in 2004.

Carried to an altitude of about 50,000 feet by a twin-fuselage jet, SpaceShipTwo is released for a short freefall before a hybrid rocket motor ignites, burning solid and liquid propellants to boost the spacecraft out of the dense lower atmosphere. Rocketing to an altitude of more than 100 kilometers, or about 62 miles — the generally agreed-on boundary of space — passengers will experience several minutes of weightlessness, along with an out-of-this-world view, during an arcing trajectory back into the atmosphere for the long glide back to Earth.

Hundreds of well-heeled customers have made down payments or paid full price for tickets costing $250,000 each in hopes of becoming private citizen-astronauts. Test flights were aimed at paving the way for the start of commercial operations next spring.

But during a test flight Friday, SpaceShipTwo suffered a catastrophic break up. Co-pilot Michael Alsbury, a 39-year-old veteran of eight previous flights aboard SpaceShipTwo, was killed in the mishap. The pilot, identified later Saturday as Peter Siebold, director of flight operations for Scaled Composites, survived a parachute descent and was transported to an area hospital with unspecified injuries.

Friday’s test was the first powered flight of SpaceShipTwo since January and the first flight using a hybrid rocket motor with a different fuel mixture intended to improve performance. The mishap occurred a few seconds after motor ignition when the spaceplane suddenly broke apart in a cloud of debris, raining wreckage across a wide area.

It was the second rocket-related failure in three days. An Orbital Sciences Antares booster making only its fifth flight exploded in a spectacular fireball 15 seconds after launch from Virginia Tuesday, destroying an unpiloted cargo ship bound for the International Space Station. The flight was carried out under a commercially-structured contract with NASA.

With Federal Aviation Administration concurrence, Orbital Sciences is leading the investigation into the Antares failure. But a team from the National Transportation Safety Board, led by senior investigator Lorenda Ward, is in charge of the SpaceShipTwo accident investigation.

During a brief news conference Saturday night, NTSB Acting Director Christopher Hart said the wreckage was spread out over five miles, indicating an in-flight breakup. The plane’s tail fins were found at one end of the debris field, then the main body of the fuselage with the rocket motor’s propellant tanks, then the cockpit and finally, the hybrid rocket motor itself.

Because SpaceShipTwo was making a test flight, investigators will be able to study video from multiple cameras as well as data from more than 1,000 channels of telemetry. Hart said the spacecraft was equipped with six on-board cameras and six “non-volatile” data sources. In addition, three cameras were aboard the WhiteKnightTwo carrier plane, a long-range tracker at nearby Edwards Air Force Base was focused on the spaceplane and a chase plane carried a camera and radar.

Siebold has not yet been interviewed and Hart said he did not know how the pilot managed to make it out of the disintegrating aircraft for a parachute descent while Alsbury did not. He said the on-site phase of the investigation likely would last four to seven days, followed by detailed analysis. The overall investigation could take a year to complete.

Earlier in the day, Branson briefly spoke with reporters at the Mojave Air and Space Port where Scaled Composites is based, delivering a somber statement praising the SpaceShipTwo test pilots and offering condolences and support to their families.

“We’ve always known that commercial space travel is an incredibly hard project,” he said. “We’ve been undertaking a comprehensive testing program for many years, and safety has always been our number one priority. This is the biggest test program ever carried out in commercial aviation history, precisely to ensure that this never happens to the public. The bravery of test pilots generally cannot be overstated. Nobody underestimates the risks involved in space travel.”

“In testing the boundaries of human capabilities and technologies, we are standing on the shoulders of giants,” he said. “Yesterday, we fell short. We’ll now comprehensively assess the results of the crash and are determined to learn from this and move forward together as a group of friends and a company.”

Humanity’s “greatest achievements come out of our greatest pain,” he said. “This team is a group of the bravest, the brightest, the most determined and the most resilient of people. We are determined to honor the bravery of the pilots and the teams here by learning from this tragedy. Only then can we move forward, united by the collective desire to push the boundaries of human endeavor.”

Asked about the response of Virgin’s customers, Branson said many have expressed support including one who signed up in the wake of the accident.

“They’ve been patient to date,” he said. “I think most of them will be patient longer. We may lose one or two, but it doesn’t look like it. Of course, anybody who ever wants a refund would be able to get a refund. We haven’t used the money, we always decided it was best not to use the money. It just gave us the confidence to do the program knowing these people were so committed.” 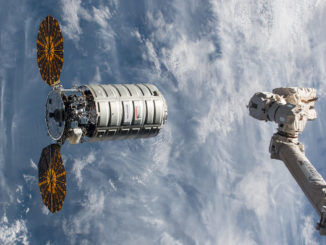 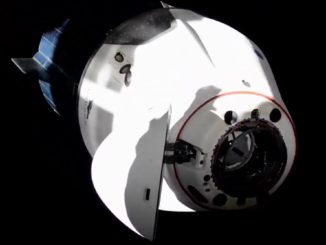 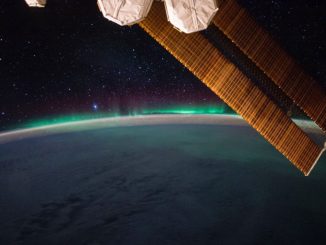