Two pilots flew Virgin Galactic’s SpaceShipTwo rocketplane to the edge of space Saturday over New Mexico on the first human spaceflight from the company’s new home base at Spaceport America.

Commercial astronauts Rick “CJ” Sturckow and Dave Mackay were aboard the flight deck of Virgin Galactic’s VSS Unity spaceship for the test flight.

After release from Virgin Galactic’s carrier aircraft VMS Eve at an altitude of about 50,000 feet (15,240 meters), the SpaceShipTwo rocketplane fired a hybrid motor at 11:26 a.m. EDT (9:26 a.m. MDT; 1526 GMT) Saturday for a minute-long burn to boost the ship above the dense atmosphere to a maximum velocity about three-and-a-half times the speed of sound.

After the motor cut off, the spacecraft coasted to an apogee, or high point, of 55.45 miles (89.23 kilometers), Virgin Galactic said in a press release. That is above the U.S. government’s definition of the boundary of space at 50 miles (80 kilometers).

The SpaceShipTwo vehicle is designed to give passengers several minutes of microgravity, offering brief but expansive views of Earth against a black sky, and a taste of weightlessness longer than possible on a microgravity research aircraft flying a parabolic trajectory.

Sturckow and Mackay, both veteran test pilots who have flown prior SpaceShipTwo missions, re-oriented the craft’s 43-foot-wide (13.1-meter) tail booms for descent back through the atmosphere. The pilots steered the spaceplane back to a landing at on a 12,000-foot (3,657-meter) runway at Spaceport America, the same location where the vehicle took off slung under the belly of Virgin Galactic’s VMS Eve carrier jet.

The test flight Saturday was the first by Virgin Galactic from Spaceport America, where the company — founded by billionaire entrepreneur Richard Branson — plans to complete the SpaceShipTwo test program before beginning regular commercial launches to the edge of space for wealthy space tourists and research scientists.

Virgin Galactic’s previous SpaceShipTwo flights above the 50-mile threshold took off from Mojave Air and Space Port in California. The company’s most recent spaceflight occurred in February 2019.

Branson, who plans to fly to space on the VSS Unity rocketplane later this year, witnessed the test flight Saturday at Spaceport America. It was the first human spaceflight in history to take off from New Mexico.

“Today’s flight showcased the inherent elegance and safety of our spaceflight system, while marking a major step forward for both Virgin Galactic and human spaceflight in New Mexico,” said Michael Colglazier, CEO of Virgin Galactic. “Space travel is a bold and adventurous endeavor, and I am incredibly proud of our talented team for making the dream of private space travel a reality.”

The test flight Saturday occurred five months after Virgin Galactic aborted its first spaceflight attempt from New Mexico in December. The SpaceShipTwo rocketplane aborted its rocket motor ignition sequence and the two pilots safely guided the vehicle back to landing at Spaceport America.

Virgin Galactic grounded the SpaceShipTwo test flights while engineers evaluated the reason for the abort, the latest in a series of development delays with the privately-funded program. Investigators determined a computer reset caused by electromagnetic interference. The company said one of the primary goals of Saturday’s experimental flight was to test the “remedial work” to resolve the electromagnetic interference issue.

The VSS Unity rocketplane also carried three NASA-sponsored research experiments examining fluid management systems that could be used for surgical operations in long duration spaceflight, looking at the behavior of dust on a simulated planetary surface, and measuring the electromagnetic field inside the spacecraft.

With the successful test flight Saturday, Virgin Galactic said it collected data for the final two verification reports required as part of the company’s reusable spacecraft operator’s license with the Federal Aviation Administration. The test flight also verified the spaceship’s upgraded horizontal stabilizers and flight controls, the company said in a statement.

“We will immediately begin processing the data gained from this successful test flight, and we look forward to sharing news on our next planned milestone,” Colglazier said in a statement.

The VSS Unity’s next spaceflight will include two pilots and four company employees in the ship’s pressurized cabin to test seats and other accommodations for future passengers.

Branson will fly on the third suborbital spaceflight this year, followed by another launch into space contracted by the Italian Air Force.

Blue Origin has completed 15 unpiloted launches of its New Shepard suborbital booster and crew capsule since 2015 from a facility in West Texas. The company announced earlier this month it will launch its first suborbital spaceflight with people on-board on July 20, the 52nd anniversary of the Apollo 11 moon landing. 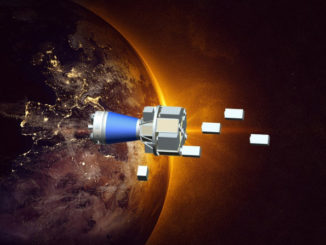 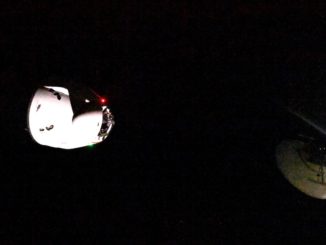 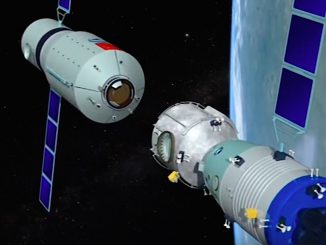