The departure and return to Earth of a four-person space station crew on a SpaceX Dragon capsule has been postponed again by high winds in the splashdown zone in the Gulf of Mexico.

NASA and SpaceX officials announced the Crew Dragon is now scheduled to undock from the International Space Station at 8:35 p.m. EDT Saturday (0035 GMT Sunday) and head for a predawn splashdown in the Gulf of Mexico off the coast of Florida at 2:57 a.m. EDT (0657 GMT).

The Crew Dragon Resilience spacecraft’s early morning return to Earth will mark just the third time in the history of spaceflight that a crew capsule has splashed down at night.

NASA’s Apollo 8 mission splashed down in the Pacific Ocean before sunrise Dec. 27, 1968, to conclude the first human voyage to orbit the moon.

On Oct. 16, 1976, the Soviet Union’s Soyuz 23 mission ended prematurely after a docking system failure. The capsule and its two cosmonauts descended under parachute in blizzard-like conditions. The strong winds blew the craft toward a splashdown in the frozen waters of Lake Tengiz in Kazakhstan, where they awaited rescue the next day.

NASA announced earlier this week that high winds in the Gulf of Mexico exceeded the Crew Dragon capsule’s limits for a safe splashdown, and rescheduled the ship’s undocking from the space station for 5:55 p.m. EDT (2155 GMT) Friday, setting up for a landing at sea Saturday around 11:36 a.m. EDT (1536 GMT).

The space agency said late Thursday that wind conditions in the Gulf of Mexico remained unfavorable for the return of the Crew-1 mission. NASA officials announce the new undocking and splashdown times Friday.

“Crew Dragon is in great health on the space station, and teams now forecast ideal conditions for both splashdown and recovery during the weekend,” NASA said Friday.

Hoshide, Kimbrough, McArthur, and Pesquet — flying on the Crew-2 mission — plan to stay on the space station until late October.

The Crew-1 mission set to wrap up in the coming days is the first “operational” flight of SpaceX’s Crew Dragon spacecraft, following a two-month test flight with a two-man crew last year. It’s also the first Crew Dragon flight with a duration approaching the capsule’s certification limit of 210 days.

The automated departure maneuvers will carry the Dragon spacecraft a safe distance away from the space station, setting the stage for a retrograde braking burn to allow the ship to drop out of orbit for a scorching re-entry back into the atmosphere Saturday.

After descending to the sea under four parachutes, the astronauts will be helped out of their spaceship by SpaceX recovery teams. They will undergo preliminary medical checks before returning to shore by helicopter, then the crew will travel by airplane to their home base at NASA’s Johnson Space Center in Houston.

The extended Crew-1 mission means the International Space Station has hosted an expanded crew of 11 astronauts and cosmonauts for a few extra days. The international crew represents four nations: the United States, Russia, Japan, and France.

Joel Montalbano, NASA’s space station manager, said earlier this month that the space station’s life support systems could support the 11 residents for up to 20 days, if necessary. The limitations include the station’s oxygen generator and carbon dioxide removal system, he said.

The record number of crew members on the space station is 13 astronauts, a staffing level last reached in 2011 during a space shuttle visit.

Some of the astronauts planned to sleep inside their Crew Dragon capsules, which serve as lifeboats during long-term stays at the space station.

SpaceX and NASA have seven Crew Dragon splashdown zones available off the coast of Florida, with locations in the Gulf of Mexico near Pensacola, Panama City, Tallahassee, and Tampa. Three sites in the Atlantic Ocean northeast of Cape Canaveral, east of Daytona beach, and northeast of Jacksonville are also options.

The weather criteria for splashdown of a Crew Dragon spacecraft include wind speeds no greater than 12 mph, or about 10.5 knots. Managers also want the right mix of wave heights and wave periods, and a low probability of lightning. 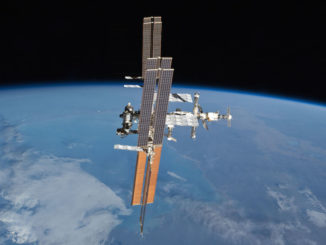 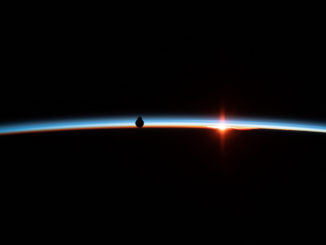 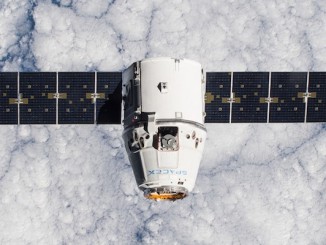