It has been 10 years since the space station hosted so many people, even for a short time. The fresh astronauts that arrived in SpaceX’s Crew Dragon Endeavour spacecraft Saturday are replacing four outgoing space station residents scheduled to come back to Earth as soon as Wednesday in another Crew Dragon capsule.

The automated docking of the Crew Dragon Endeavour spacecraft at 5:08 a.m. EDT (0908 GMT) Saturday marked the third arrival of astronauts at the space station inside a SpaceX capsule in 11 months.

“We have an 11-person scrum here, with four countries represented,” Hoshide said in remarks during a welcome ceremony Saturday for the Crew-2 mission.

There are 11 people on the station for the next few days.https://t.co/0HePzFvccZ pic.twitter.com/0myAANWizA

Walker will hand over command of the space station to Hoshide next week, setting the stage for her return to Earth on Wednesday on SpaceX’s Crew Dragon Resilience spacecraft. Walker launched Nov. 15 on Crew Dragon Resilience with NASA astronauts Mike Hopkins and Victor Glover, and Japanese mission specialists Soichi Noguchi.

Hopkins is commander of the Crew-1 mission, responsible for operations during the capsule’s trip to and for the space station. The Crew-1 astronauts are scheduled to depart the space station Wednesday to wrap up six months in orbit, formally handing over the research complex to the Crew-2 astronauts and a three-man U.S.-Russian crew that launched earlier this month on a Soyuz ferry ship.

The arrival of the Crew-2 astronauts at the space station is the third step in a four-part crew changeout this month on the orbiting research outpost.

The return of Hopkins and his crewmates to Earth on Wednesday will end the busy stretch of crew rotations on the station. Their Crew Dragon Resilience capsule is scheduled to undock from the space station at 7:05 a.m. EDT (1105 GMT) Wednesday, followed by a deorbit burn and splashdown in the Gulf of Mexico south of Tallahassee, Florida, at 12:40 p.m. EDT (1640 GMT), weather permitting.

Until then, the crew on the space station will have to be creative in finding sleeping quarters for the 11 astronauts and cosmonauts. The station has typically had six long-term crew members at a time, but the start of SpaceX crew missions allowed NASA to raise that to a full-time staff of seven.

Kimbrough, a retired U.S. Army colonel and Apache helicopter pilot, leads a crew full of spaceflight veterans. The Crew-2 mission marks the third space mission in Kimbrough’s astronaut career, and the second spaceflight for pilot Megan McArthur, an oceanographer who helped repair and upgrade the Hubble Space Telescope aboard the space shuttle Atlantis in 2009.

Japanese astronaut Akihiko Hoshide is on his third trip to space, and European Space Agency mission specialist Thomas Pesquet is flying in orbit for the second time.

“We had an incredible launch,” Kimbrough said in a video downlink around two hours after liftoff Friday.

“Right as the sun was rising, we took off. We chased the sun pretty quickly and caught up with it just a few minutes after we took off. That was pretty special to see the sunlight coming in shortly after liftoff.”

McArthur, who last flew in space nearly 12 years ago, said she was re-adapting to the sensations of microgravity.

“Hello, Earth,” she said. “It’s great to be back in space again after a few years for me. The ascent was incredible. The ride was really smooth. We couldn’t have asked for anything better. There may have been some hooting and giggling up here while all that was going on. We hope you enjoyed the show as well.”

For McArthur, whose sole previous space mission was a shuttle servicing flight to the Hubble Space Telescope in 2009, the docking Saturday was her first time to visit the 450-ton International Space Station.

“We’re just really excited to be here and be part of this historic mission, with two Dragons on-board, the first reuse of a capsule, the first reuse of a booster,” McArthur said. “It’s just a tremendous achievement on behalf of our partner SpaceX. so I want to congratulate and thank them. We’re so excited to be here. We’re ready to get to work. There’s a lot of great science that I know we’re going to be doing. We’re just excited to learn and get started.”

McArthur rode to the space station in the same seat inside the Crew Dragon Endeavour capsule that her husband, NASA Astronaut Bob Behnken, flew in on a test flight last year. SpaceX refurbished and upgraded the spaceship after it splashed down off the coast of Florida last August.

The Crew-2 astronauts are scheduled to live and work aboard the space station until late October, when a fresh four-person crew will fly to the complex on the next NASA-sponsored Crew Dragon mission. That mission, known as Crew-3, is scheduled for liftoff Oct. 23.

NASA has multibillion-dollar contracts with SpaceX and Boeing to fly crews to and from the space station on commercial capsules, ending the U.S. space agency’s sole reliance on Russian Soyuz spacecraft. While SpaceX is executing on its contract for at least six operational crew rotation missions, Boeing’s Starliner crew capsule has fallen behind schedule, and has not yet flown in space with astronauts.

The Crew-2 astronauts will support more than 200 scientific experiments, maintain space station systems, and help upgrade the station’s power system after the arrival of new solar panels on an unpiloted Dragon cargo capsule in early June. 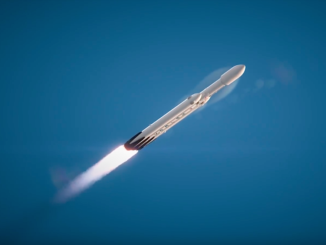 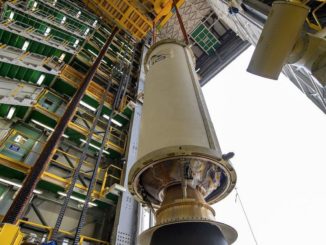