An all-veteran crew of four astronauts jetted into NASA’s Kennedy Space Center Friday for the final few days of rehearsals, briefings, and relaxation before blasting off Thursday bound for a six-month stint on the International Space Station.

Led by Shane Kimbrough, a veteran of space shuttle and Soyuz flights, the astronauts arrived at the Florida spaceport shortly before 1 p.m. EDT (1700 GMT) Friday aboard a Gulfstream jet from their home base in Houston.

Kimbrough will be joined by pilot Megan McArthur, a NASA astronaut, and mission specialists Akihiko Hoshide and Thomas Pesquet from the Japan Aerospace Exploration Agency and the European Space Agency, respectively.

NASA, JAXA, and ESA officials greeted the astronauts after they arrived at Kennedy on Friday.

The four astronauts are scheduled to launch Thursday at 6:11 a.m. EDT (1011 GMT) aboard SpaceX’s Crew Dragon Endeavour spacecraft. After riding a Falcon 9 rocket into orbit, the Dragon spaceship will fly on autopilot for the one-day trip to the space station, culminating in a docking at 5:30 a.m. EDT (0930 GMT) next Friday, assuming an on-time liftoff.

“As we came on on the plane over here, we got to fly by the pad and see our rocket getting ready to go,” McArthur said. “That’s just an amazing feeling.”

Kimbrough is a veteran of two previous space missions, including a flight on the space shuttle Endeavour in 2008 and a long-duration expedition on the space station in 2016 and 2017. He’s spent 189 days in orbit, and accomplished six spacewalks in his spaceflight career.

This mission, known as Crew-2, is the second regular crew rotation flight to the space station using SpaceX’s human-rated capsule. Although this will be the third time astronauts have flown to space on a Crew Dragon — including a demonstration flight last year — Kimbrough said he still considers his mission a test flight.

“I think all of them, until we get several years under our belt, should be considered test flights,” he said. “We’re very confident in the team that got us ready, that are working on the vehicles. We don’t have any issues with that, and we’re ready to fly.”

The Crew-2 pilot is Megan McArthur, 49, who has one space shuttle flight in her career. McArthur was an oceanographer before her selection as a NASA astronaut. She flew on the space shuttle Atlantis on a 2009 servicing mission to the Hubble Space Telescope. This will be her first mission to the International Space Station.

McArthur’s first mission lasted less than 13 days, a fraction of the time she’ll spend in orbit this time.

“I think it’s going to be like the difference between visiting a country for a business trip, and then maybe moving there longer-term,” McArthur said Friday.

Japanese astronaut Akihiko Hoshide and French-born European Space Agency astronaut Thomas Pesquet will also fly on the Crew-2 mission. Hoshide, 52, is an aerospace engineer with decades of experience in Japan’s space program. This is his third spaceflight, after a mission on the space shuttle Discovery in 2008 and then spent four months on the space station in 2012.

Pesquet is a 43-year-old former Air France airline pilot with one previous trip to the space station under his belt. He lived and worked on the space station in 2016 and 2017 after riding to the complex on a Russian Soyuz spacecraft, but this will be first launch on a Crew Dragon from Florida’s Space Coast.

The Crew-2 mission will be the first time an ESA astronaut has launched on a new U.S. commercial crew spacecraft. NASA has multibillion-dollar contracts with SpaceX and Boeing to ferry astronauts to and from the space station on Dragon and Starliner capsules.

“I think we’re living in the golden age of human spaceflight,” Pesquet said Friday. “There’s never been this many ways to go into space.”

The arrival of the Crew-2 astronauts in Florida on Friday came hours before the planned departure of two Russian cosmonauts and a NASA astronaut from the space station on a Soyuz spacecraft. Outing space station commander Sergey Ryzhikov, flight engineer Sergey Kud-Sverchkov, and NASA astronaut Kate Rubins will ride the Soyuz MS-17 spacecraft back to Earth, targeting a touchdown in Kazakhstan at 12:56 a.m. EDT (0456 GMT).

The landing will close out 185 days in orbit for Ryzhikov, Kud-Sverchkov, and Rubins. A fresh three-man crew arrived at the station April 9 on the Soyuz MS-18 spacecraft to replace them.

Kimbrough and his crewmates will replace the Crew-1 astronauts on the International Space Station, who arrived in November on SpaceX’s Crew Dragon Resilience spacecraft. If the Crew-2 mission blasts off Thursday and arrives at the station Friday, the Crew-1 astronauts are scheduled to suit up and undock from the orbiting research complex April 28, then head for a splashdown off the coast of Florida later the same day.

But first, SpaceX teams at Kennedy will finish preparations on the Falcon 9 rocket and Crew Dragon spacecraft set to deliver the Kimbrough and company to the space station.

Early Saturday, SpaceX plans to load liquid propellants into the Falcon 9 rocket for a test-firing of its nine Merlin main engines on pad 39A. Then teams will drain propellants from the Falcon 9 in preparation for another countdown rehearsal Sunday, when the Crew-2 astronauts will travel to pad 39A in Tesla SUVs to board their spacecraft in a dry run of launch day activities.

The rehearsal will familiarize the astronauts with their day-of-launch timeline, which will see the crew wake up late the night before liftoff and suit up for their mission in the predawn hours before heading to the pad.

A Launch Readiness Review is planned Tuesday to discuss any remaining unresolved issues before launch Thursday. 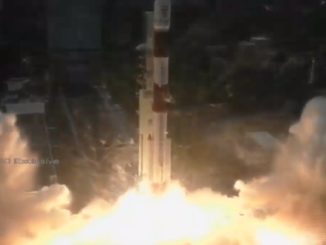 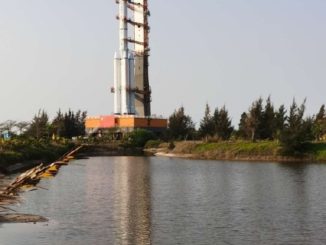 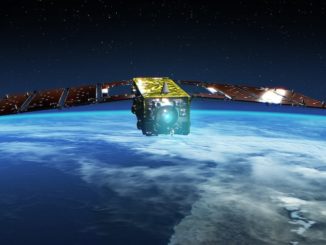