The launch of the next test flight of Boeing’s Starliner crew capsule has been delayed to no earlier than April 2 after workers replaced spacecraft avionics units damaged in a power surge during testing.

Boeing’s second Orbital Flight Test, or OFT-2, mission will verify the Starliner spacecraft is ready to carry astronauts into orbit for the first time later this year.

In a statement Feb. 17, Boeing and NASA said the launch of the OFT-2 mission has been rescheduled from March 25 to no earlier than April 2. The eight-day delay was caused by a power surge during final checkouts on the spacecraft at the Kennedy Space Center in Florida.

Technicians swapped out avionics units affected by the power surge, Boeing said. “We continue to ensure product safety of our spacecraft and we are addressing any emerging issues in a timely manner.”

Last month, teams inside the Commercial Crew and Cargo Processing Facility at Kennedy mated the Starliner spacecraft’s crew module and service module. The entire spacecraft was recently moved into a different area of the facility to receive its load of hazardous propellants.

The Starliner’s thrusters consume a toxic mix of hydrazine and nitrogen tetroxide for in-space maneuvers. The capsule’s abort engines use the same potent combination of propellants.

Boeing said it is ready for a mission rehearsal using the Starliner flight hardware and flight software. The end-to-end test will simulate a Starliner mission from launch to docking with the International Space Station, and from undocking through landing, a rehearsal Boeing did not perform before the Starliner’s first orbital test flight in 2019.

The OFT-2 mission is a repeat of Boeing’s OFT-1 test flight in December 2019. Software problems on the OFT-1 mission prevented the Starliner spacecraft from docking with the space station, forcing a premature landing under parachutes at White Sands Space Harbor, New Mexico.

“NASA continues to work alongside Boeing to prepare for this first mission of 2021,” said Steve Stich, manager of NASA’s commercial crew program, in a statement. “The Boeing and NASA teamwork on all aspects of flight preparation including final certification, hazard analysis, and software testing is extraordinary. Even though this uncrewed flight test to the International Space Station is a key milestone on the path to the first Starliner crewed mission planned for later this year, we will fly when we are ready.”

Engineers have checked off about 95% of the recommendations identified by a joint NASA and Boeing review team that investigated the problems that plagued the OFT-1 mission.

“We appreciate the significant work NASA is undertaking ahead of launch,” said John Vollmer, Starliner’s vice president and program manager at Boeing. “We’re fully engaged in the agency’s review process to ensure confidence in the spacecraft.”

Boeing said earlier this month that engineers completed “requalification” of the Starliner software code, setting the stage of the end-to-end rehearsal due to begin soon.

The Starliner spacecraft is one of two new crew capsules designed to ferry astronauts to and from the space station. SpaceX’s Crew Dragon capsule flew with astronauts for the first time last May, but Boeing’s software problems delayed the Starliner program more than a year.

Assuming the week-long OFT-2 test flight goes well, Boeing hopes to launch the Starliner’s first Crew Flight Test with a three-person crew as soon as September. The three astronauts will dock with the space station, where they are expected to spend one-to-two weeks before coming back to Earth.

After the Crew Flight Test, NASA will certify the Starliner to fly on operational crew rotation missions to the space station. Boeing is on contract with NASA for at least six of those, each carrying four astronauts and lasting up to seven months.

Once the Starliner spacecraft is fueled, Boeing will transfer the capsule to United Launch Alliance’s Vertical Integration Facility at Cape Canaveral Space Force Station. Cranes there will hoist the spacecraft on top of its Atlas 5 launch vehicle next month, a couple of weeks before the scheduled April 2 launch date. 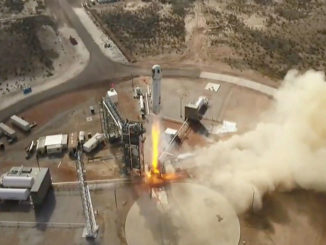 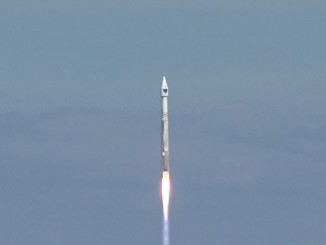 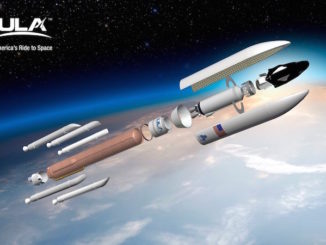