China’s space agency has released a pair of spectacular video clips from “selfie” cameras on-board the country’s Tianwen 1 spacecraft as it braked into orbit around Mars on Feb. 10.

One of the videos shows Tianwen 1’s high-gain directional antenna shaking from vibrations caused by the spacecraft’s main engine, which fired for 15 minutes to slow the probe down enough to be captured into orbit by Martian gravity.

Another clip from a different camera is pointed at one of the spacecraft’s two power-generating solar array wings.

These time lapse videos from China’s Tianwen 1 mission show the craft’s arrival at Mars on Feb. 10.

The Martian horizon, appearing with the planet’s razor thin atmosphere, is visible in both black-and-white views. The time lapse videos also show Martian surface features, such as mountains and craters, as Tianwen 1 passed just a couple hundred miles over the Red Planet.

The China National Space Administration released the videos on its website and through the Chinese social media platform Weibo.

The Tianwen 1 probe is China’s first spacecraft to reach Mars. The ambitious mission consists of three spacecraft, with an orbiter, lander, and rover riding together for the seven-month voyage to the Red Planet.

Tianwen 1 launched last July on a Long March 5 rocket, the most powerful launcher in China’s inventory. Since arriving at Mars last week, Tianwen 1 has maneuvered from an equatorial into a polar orbit using another major firing of its 674-pound-thrust main engine.

China’s space agency said the orbit adjustment burn, also called a plane change maneuver, occurred at around 0900 GMT (4 a.m. EST) Monday to place Tianwen 1 spacecraft into a polar orbit with a periapsis, or low altitude, of 164 miles (265 kilometers) above Mars.

Chinese officials said the mission will perform additional orbit adjustment maneuvers before setting up for separation of Tianwen 1’s lander and rover to attempt a descent to the Red Planet’s surface in May or June.

Read our earlier story for details on the mission. 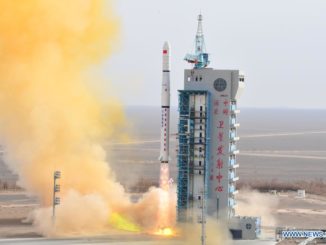 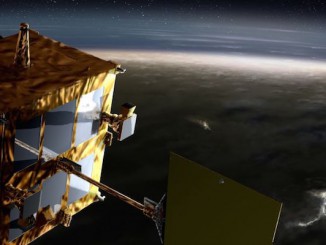 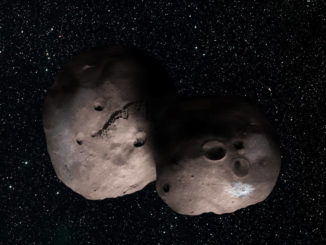