China placed is first spacecraft into orbit around Mars on Wednesday, continuing an international blitz on the Red Planet one day after the arrival of a spacecraft from United Arab Emirates and eight days before the landing of NASA’s Perseverance rover.

The global invasion of the Red Planet — with three missions arriving in less than 10 days — is made possible by favorable alignment of Earth and Mars, a positioning of the planets that occurs every 26 months. All three spacecraft launched from Earth last July.

The Chinese Tianwen 1 spacecraft — comprising an orbiter, lander, and rover — ignited its main engine at around 1152 GMT (6:52 a.m. EST) Wednesday. Amateur observers monitoring a radio signal from the Tianwen 1 spacecraft noted a Doppler shift in the tone about 11 minutes later, indicating the probe’s velocity was changing as it braked into orbit around Mars, some 119 million miles (192 million kilometers) from Earth.

The Tianwen 1 spacecraft passed behind Mars before ending its orbit insertion maneuver, which was predicted to last approximately 15 minutes. A few minutes before 1300 GMT (8 a.m. EST), amateur radio observers detected the signal from Tianwen 1 again, indicating the spacecraft had successfully entered orbit around Mars.

The China National Space Administration, or CNSA, the country’s space agency, confirmed the successful 15-minute burn of Tianwen 1’s 674-pound-thrust main engine, and said the spacecraft was in orbit around Mars.

The arrival of the Tianwen 1 spacecraft makes China the sixth country or space agency have a probe orbiting Mars, following the United States, the former Soviet Union, the European Space Agency, India, and the UAE.

The spacecraft targeted an approximately 10-day preliminary elliptical, or egg-shaped, orbit around the Red Planet. Tianwen 1 is expected to perform additional rocket burns in the coming weeks to reach an orbit closer to Mars, setting the stage for release of the mission’s lander and rover to descend to the Martian surface some time in May or June, aiming for a touchdown in a broad plain in the northern hemisphere of Mars called Utopia Planitia.

If China pulls off that feat, it will make China the third country to perform a soft landing on Mars — after the Soviet Union and the United States — and the second country to drive a robotic rover on the Red Planet.

Tianwen 1 launched July 23 on China’s most powerful rocket, the Long March 5, and headed off on a nearly seven-month journey to the Red Planet.

The Mars shot is China’s next leap in solar system exploration after a series of progressively complex robotic expeditions to the moon.

Most recently, China returned samples from the moon with the Chang’e 5 mission in December, the first time a mission has brought back lunar rocks since the Soviet Union’s Luna 24 mission in 1976. China also landed two rovers on the moon in 2013 and 2019, including the first to explore the surface of the lunar far side.

One of China’s repurposed lunar orbiters, Chang’e 2, flew by an asteroid in December 2012.

China officially started development of the Mars mission in 2016.

Tianwen 1 was the country’s second attempt to reach Mars with a robotic probe, following the Yinghuo 1 orbiter, which was stranded in Earth orbit after launch as a piggyback payload on Russia’s failed Phobos-Grunt mission.

The name Tianwen comes from the work of ancient Chinese poet Qu Yuan, meaning “quest for heavenly truth,” according to the China National Space Administration.

Radar soundings from orbit have indicated the presence of a reservoir of ice containing as much water as Lake Superior, the largest of the Great Lakes, in the Utopia Planitia region targeted by Tianwen 1’s lander.

Tianwen 1 is the first Mars mission to fly an orbiter, lander, and rover.

“Tianwen 1 is going to orbit, land and release a rover all on the very first try, and coordinate observations with an orbiter,” Wan Weixing, the late chief scientist for China’s Mars program, wrote in Nature Astronomy. “No planetary missions have ever been implemented in this way. If successful, it would signify a major technical breakthrough.

“Scientifically, Tianwen 1 is the most comprehensive mission to investigate the Martian morphology, geology, mineralogy, space environment, and soil and water-ice distribution,” Wan wrote.

The rover’s ground-penetrating radar would be one of the first science instruments of its kind to reach the surface of Mars. NASA’s Perseverance rover carries a comparable instrument to scan subsurface layers of the Martian crust in search of water ice deposits.

The technique allows an instrument to determine the chemical make-up of rocks on Mars.

The discussions between French and Chinese scientists were intended to “maximize the quality of the data” produced by the Tianwen 1 rover, according to Agnes Cousin, a planetary scientist at IRAP who worked with Chinese researchers developing the rover’s instruments.

French scientists from the same research institute helped develop the ChemCam instrument on NASA’s Curiosity rover and the SuperCam payload on NASA’s Perseverance Mars rover. ChemCam and SuperCam use the same Laser-Induced Breakdown Spectroscopy technique as the Tianwen 1 rover.

Researchers from France provided a norite calibration target to fly on the Tianwen 1 rover. It’s similar to a unit on NASA’s Curiosity rover used to calibrate ChemCam’s measurements by turning the instrument on a target — like the rock norite — with a known composition.

The SuperCam instrument on NASA’s Perseverance rover will use a different type rock as a calibration target, but Cousin said last year scientists at her lab in France will still be able to cross-calibrate measurements from Curiosity, Perseverance, and the Tianwen 1 rover.

NASA’s Perseverance rover is on track to reach Mars on Feb. 18, carrying sophisticated instruments designed to study the ancient habitability of the planet. The rover will aim to land in Mars’s Jezero Crater, home to an ancient dried-up river delta. Perseverance will also gather rock samples for return to Earth by a future mission.

While NASA and U.S. scientists aided UAE’s Hope Mars orbiter on its voyage to the Red Planet, NASA has no such role on China’s Tianwen 1 mission. NASA’s Deep Space Network, which provides tracking and communications coverage for numerous U.S. and international space probes, has not been called up to support Tianwen 1’s voyage to Mars.

NASA is legally barred from bilateral cooperation with China’s space exploration program without approval from Congress.

Instead, China is using a combination of its own tracking antennas and ESA’s global network of ground stations. 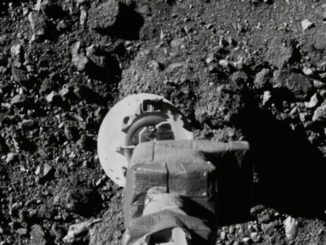 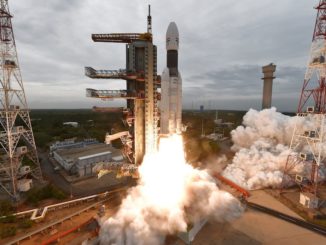 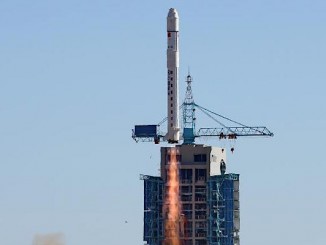