The SpaceX Crew Dragon spacecraft that carried four astronauts to the International Space Station in November broke the record Sunday for the longest spaceflight by a U.S. crew vehicle, surpassing the 84-day mark set by an Apollo capsule on the final flight to the Skylab space station in 1974.

The Crew Dragon “Resilience” spacecraft launched Nov. 15 from NASA’s Kennedy Space Center in Florida, riding a Falcon 9 rocket into orbit before linking up with the International Space Station the next day.

The 84-day milestone passed Sunday by the Crew Dragon Resilience spaceship broke a record established in 1974 by the Skylab 4 mission. The three-man Skylab 4 crew flew on an Apollo spacecraft to NASA’s Skylab space station in low Earth orbit, and their mission ended Feb. 8, 1974, with a splashdown in the Pacific Ocean. It was the final mission to the Skylab station before it re-entered the atmosphere in 1979.

Hopkins and his crewmates had a video conference with Gibson Sunday.

On our 84th day in space Crew-1 extends the record for most days in space for a U.S. human space capsule. Originally set in 1973-74 by the Skylab 4 crew of Gerald Carr, Edward Gibson and William Pogue. Today we had the honor of speaking with Ed. pic.twitter.com/4olxP1CPFv

The Crew-1 astronauts are about halfway through their planned five-and-a-half month mission. The Crew Dragon Resilience spacecraft is scheduled to undock from the space station and return to Earth with a parachute-assisted splashdown off the coast of Florida around May 1.

SpaceX’s growing fleet of Crew Dragon capsules are designed to fly in low Earth orbit for up to 210 days per mission, a requirement set by NASA. The U.S. space agency contracted with SpaceX and Boeing to develop and fly human-rated commercial crew capsules to the space station, ending NASA’s reliance on Russian Soyuz spaceships for astronaut transportation services.

The three Apollo flights to the Skylab space station lasted 28 days, 59 days, and 84 days. NASA’s space shuttles were limited to flights of a few weeks, with the longest shuttle flight lasting nearly 18 days in 1996.

A fresh three-person crew will launch on the next Russian Soyuz mission April 9, followed by the departure of Ryzhikov’s crew in mid-April to head for a landing on the steppes of Kazakhstan, wrapping up a six-month flight on the Soyuz MS-17 spacecraft.

Before the Crew Dragon Resilience spacecraft returns to Earth, SpaceX’s next crewed capsule is scheduled to blast off April 20 from the Kennedy Space Center with four fresh astronauts to kick off a nearly six-month rotation on the International Space Station. 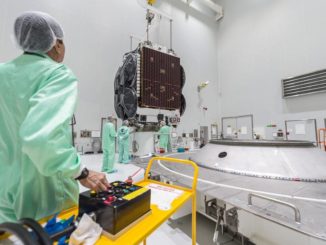 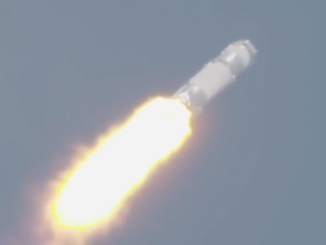 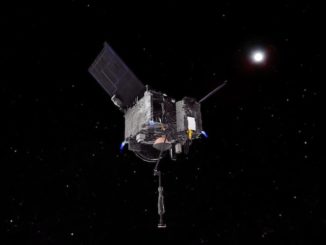 How OSIRIS-REx will snag a sample from asteroid Bennu