The California-based rocket company was planning to launch the mission during a window Wednesday opening at 5:14 p.m. EDT (2114 GMT), or 10:14 a.m. local time Thursday at the Electron rocket’s launch base in New Zealand.

The launch team began loading the rocket with kerosene and liquid oxygen propellants, then officials pushed back the launch time to the end of Wednesday’s window. Rocket Lab finally announced that the mission would have to wait for another day to take off.

We’re standing down from today’s attempt. Some sensors are returning data that we want to look into further. We have back up opportunities until Nov 3. Stay tuned for updates on new launch date! #InFocus pic.twitter.com/ThqsMzsJcs

Peter Beck, Rocket Lab’s founder and CEO, tweeted the the company scrubbed the launch attempt Wednesday “just to be safe.”

When the mission does blast off, the nearly 60-foot-tall (18-meter) Electron rocket will arc toward the south from Rocket Lab’s privately-owned spaceport on Mahia Peninsula on the east coast of New Zealand’s North Island.

The Electron rocket’s upper stage will deploy 10 small satellites into a 310-mile-high (500-kilometer) polar orbit. The mission will be the 15th launch of a Rocket Lab Electron booster since May 2017.

The largest spacecraft on the mission is CE-SAT-2B, an Earth observation satellite for Canon Electronics of Japan.

The CE-SAT 1B satellite that launched in July was destroyed when Rocket Lab’s Electron rocket failed before reaching orbit.

Nine SuperDove Earth-imaging satellites — each about the size of a large shoebox — are also stowed inside Maxwell deployers on top of the Electron rocket. The SuperDove payloads, built and owned by Planet, will replace five similar satellites — collectively known as “Flock 4e”– that were also lost on Rocket Lab’s failed mission in July. 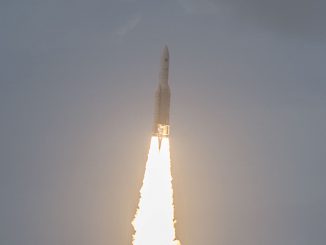 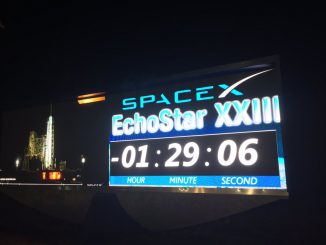 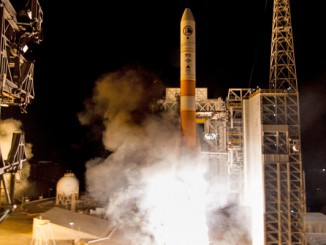