A Canadian space flier will join three NASA crew members on the first piloted flight of the Space Launch System and Orion spacecraft around the moon, becoming the first non-U.S. astronaut on a lunar voyage, officials announced last week.

There will be a second flight opportunity for a Canadian astronaut on a later NASA mission to the international Gateway station in orbit around the moon.

NASA and the Canadian Space Agency announced the agreement for Canadian astronaut flights Dec. 16, as the agencies affirmed details of Canada’s contribution to the Gateway station, which is intended to serve as a waypoint, spacecraft refueling station, and deep space research outpost in the vicinity of the moon.

“Canada will join the U.S. on the first crewed mission to the moon since the Apollo missions,” said Navdeep Bains, Canada’s minister of innovation, science and industry. “Launching in 2023, a Canadian Space Agency astronaut will be part of Artemis 2, the first mission to carry humans to lunar orbit in over 50 years. This will make Canada only the second country after the U.S. to have an astronaut in deep space.”

Monica Witt, a NASA spokesperson, said the Artemis 2 crew will consist of three NASA astronauts and one Canadian space flier. The Artemis 2 mission is currently scheduled to launch in 2023.

The signature of a final agreement solidifies Canada’s participation in the NASA-led Artemis program, which aims to return astronauts to the surface of the moon in the 2020s. The Trump administration has a schedule goal of 2024 for landing humans on the moon’s south pole, a timetable widely viewed as ambitious and one that could be reset for later in the 2020s by the incoming Biden administration.

Under NASA’s Artemis architecture, astronauts will take off from Earth atop NASA’s Space Launch System heavy-lift rocket, fly to the moon’s vicinity in an Orion capsule, then link up with a human-rated lander for the trip to and from the lunar surface. The astronauts will then return to Earth in the Orion spacecraft.

An outpost named the Gateway, about one-sixth the size of the International Space Station, will be assembled in orbit around the moon. NASA has said the first two U.S.-owned elements of the Gateway could launch as soon as the end of 2023, although a report by the NASA inspector general in November suggested the launch of the station’s power and propulsion module and habitation section was likely to slip into 2024.

Canada plans to build an upgraded robotic arm, named Canadarm3, for placement on the Gateway in the 2026 timeframe, according to NASA. The Canadian Space Agency has also formally agreed to provide robotic interfaces for Gateway modules, allowing the elements to host scientific instruments.

“Canada was the first international partner to commit to advancing the Gateway in early 2019, they signed the Artemis Accords in October, and now we’re excited to formalize this partnership for lunar exploration,” said NASA Administrator Jim Bridenstine. “This agreement represents an evolution of our cooperation with CSA providing the next generation of robotics that have supported decades of missions in space on the space shuttle and International Space Station, and now, for Artemis.”

The Canadarm3 robotic arm will be delivered to the Gateway by a commercial logistics mission, NASA said.. NASA has contracted with SpaceX to fly a bigger version of its Dragon cargo capsule to the Gateway in deep space. The Dragon XL will launch on SpaceX’s Falcon Heavy rocket.

“Gateway will enable a robust, sustainable, and eventually permanent human presence on the lunar surface where we can prove out many of the skills, operations, and technologies that will be key for future human Mars missions,” said Kathy Lueders, NASA’s associate administrator for human exploration and operations.

Earlier this month, NASA announced the selection of 18 U.S. astronauts to begin training for Artemis lunar missions. NASA has not revealed which of the astronauts will fly on the Artemis 2 mission — the first crewed test flight of the Space Launch System and Orion capsule — or on the first lunar landing mission.

Canadian officials did not announce which of its four active astronauts would take the seat on the Artemis 2 mission or the later flight to the Gateway.

“Canada’s fortunate to have a strong corps of highly trained professional astronauts, any one of whom would be an excellent choice,” said Lisa Campbell, president of CSA. “These decisions are made with all sorts of specific considerations at a moment in time when we get closer to flight.”

The Artemis 2 mission will follow an uncrewed SLS/Orion test flight, named Artemis 1, scheduled to launch no earlier than late 2021 on a trip to lunar orbit and back to Earth.

On the Artemis 2 mission, the four-person Orion crew will fly on a “hybrid free return trajectory” around the moon.

After launching from the Kennedy Space Center in Florida, the Space Launch System will place the Orion crew capsule into orbit around Earth, where the astronauts will perform checkouts, test out the ship’s rendezvous and docking systems, and then fire Orion’s service module engine to fly to the moon a quarter-million miles away.

The crew will not enter orbit around the moon, but the trajectory will naturally bring the Orion spacecraft directly back to Earth after the astronauts arc out to a distance of 4,600 miles (7,400 kilometers) beyond the far side of the moon, farther than any humans have ever traveled into space.

The Artemis 2 mission will last around 10 days, paving the way for future landing expeditions and longer-duration flights to the Gateway.

NASA is also working with other international partners on the Artemis program, although those partnerships have not yet yielded a firm commitment for flight assignments for astronauts from other nations.

The European Space Agency and NASA signed a memorandum of understanding in October for cooperation on the Gateway. ESA will provide a habitation module developed together with Japan, along with a module to support enhanced communications, in-space refueling, and equipped with a window similar to the European-built cupola on the International Space Station.

ESA is also building service modules for Orion missions. The service modules include solar panels to produce the craft’s electrical power, and propellant tanks to feed the capsule’s rocket thrusters.

NASA and the Japan Aerospace Exploration Agency have signed a joint exploration declaration of intent to begin negotiations for Japanese contributions on the Artemis program. In addition to helping ESA with the habitation module, Japan’s space agency has also expressed interest in launching resupply missions to the Gateway using the country’s next-generation HTV-X cargo freighter.

Canadian Prime Minister Justin Trudeau announced last year that his country would provide robotics systems for the Gateway station near the moon. The government has committed 2.05 billion Canadian dollars (about $1.6 billion) over the next 24 years for the Canadarm3 program and associated robotic aids.

Canada’s four active astronauts, based at NASA’s Johnson Space Center in Houston, have been training for space missions for years. Only one of the four astronauts, David Saint-Jacques, has flown in space aboard the International Space Station.

“I’m pretty excited that Canada has had the vision and the leadership to commit to something that we do so very well — space robotics — (and) to take it into its next evolution,” said Canadian astronaut Jeremy Hansen. “This is a significant leap in technology. It has a lot of trickle down effects with respect to artificial intelligence.”

“The international (astronaut) corps here in Houston is over the moon excited by the prospect of these missions and for the opportunity for scientific discovery and innovation that they represent,” said Joshua Kutryk, one of Canada’s four active astronauts. 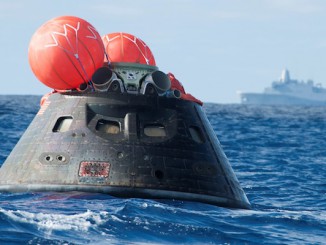 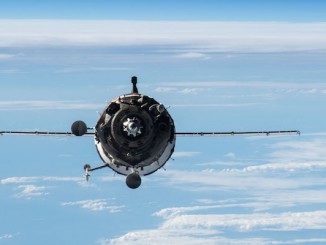