An armored re-entry capsule carrying pristine specimens from an asteroid streaked into Earth’s atmosphere and parachuted to a landing in the Australian outback Saturday, bringing home extraterrestrial rocks that could hold clues to the origin of life on Earth.

The Hayabusa 2 mission’s six-year round-trip journey to asteroid Ryugu ended Saturday with the landing of the spacecraft’s sample return capsule near Woomera, Australia.

Mission managers expected it could take several hours to find the capsule and recover it. The landing occurred before dawn in Australia.

Once recovery teams locate the capsule, they will transfer the craft to a temporary processing facility at Woomera to prepare it for shipment by airplane to JAXA’s scientific campus in Sagamihara, Japan, by Monday. Scientists will open the canister at Sagamihara and begin analyzing the rocks Hayabusa 2 retrieved from asteroid Ryugu last year.

Engineers at JAXA’s control center monitored the return of the sample capsule, which flew autonomously without propulsion. Ground controllers had no way to command the capsule after it separated from the Hayabusa 2 spacecraft earlier Saturday.

A live webcast from JAXA showed the capsule speeding through the atmosphere over Australia with a plasma trail behind it. Temperatures outside the capsule — which was protected by a carbon heat shield — were predicted to reach as high as 5,400 degrees Fahrenheit (3,000 degrees Celsius).

Here’s a closer view of the Hayabusa 2 asteroid sample return carrier streaking through the atmosphere over the Australian outback, beginning its re-entry to slow down from a speed of some 26,000 mph (11.6 km per second).

Two NASA Gulfstream jets carrying scientists and observation instruments were in position over South Australia to image the return capsule’s plunge through the atmosphere. Imagery of the fireball could help engineers improve heat shield designs on future spacecraft, according to NASA.

Approaching the landing zone from the north, Hayabusa 2’s return capsule jettisoned its heat shield and deployed a parachute to slow its descent before touching down in a remote part of the Woomera Range Complex run by the Royal Australian Air Force.

“Japan has yet again made history by becoming the first nation to carry out a successful asteroid retrieval mission — not once, but twice,” said Thomas Zurbuchen, head of NASA’s science directorate. “We’re excited for Hayabusa 2’s return and the collaborative science we will undertake involving Hayabusa 2 as well as samples from NASA’s OSIRIS-REx mission.”

OSIRIS-REx collected rocks from asteroid Bennu in October, and will begin its return expedition to Earth next year, targeting a landing in the Utah desert in September 2023.

JAXA and NASA plan to share samples from the two asteroid missions. Scientists from France and Germany, which also contributed to Hayabusa 2, will assist in sample analysis work.

“Examining the samples from these missions will dramatically advance our knowledge of the origins of the solar system and enhance our understanding of source of water and organic molecules that are necessary for life,” Zurbuchen said.

The Hayabusa mission suffered problems with its sample collection mechanism, limiting the quantity of asteroid material it could return to Earth. But lessons learned from Hayabusa laid the foundation for Hayabusa 2.

Hayabusa 2 performed nearly flawlessly over its six-year mission, which began with launch from Japan in December 2014 aboard an H-2A rocket. The spacecraft reached Ryugu, a half-mile-wide (900-meter) asteroid that crosses Earth’s orbit, in June 2018 after a journey of three-and-a-half years.

Hayabusa 2 then approached Ryugu for two touch-and-go-landings in 2019 to gather rock fragments from two different locations. During one of the sample collection maneuvers, Hayabusa 2 descended into an artificial crater created by an explosive impactor released by the spacecraft, allowing the probe to gather material from the asteroid’s subsurface.

The probe used ion thrusters to reshape its trajectory through the solar system, and the ion propulsion system completed its job in September after guiding the spacecraft on a return course to Earth. Additional burns by the spacecraft’s conventional rocket thrusters fine-tuned its approach, targeting a recovery ellipse at Woomera stretching some 90 miles (150 kilometers) long and 60 miles (100 kilometers) wide.

Mission planners designed Hayabusa 2 to collect at least 100 milligrams of material from asteroid Ryugu. Engineers had no way of measuring the contents of the sample canister until it returned to Earth, but they were confident the spacecraft gathered the required material due to the near-perfect performance of the sampling system during the touch-and-go landing runs last year.

“Some people say that Hayabusa had a kind of miracle in space,” said Hitoshi Kuninaka, director of JAXA’s Institute for Space and Astronautical Science, which manages the mission.

The Hayabusa mission made it back to Earth after ground controllers saved the spacecraft from numerous technical problems.

“But Hayabusa 2 is going to have a miracle on the Earth,” he said, referring to the long-awaited sample analysis phase of the mission.

Scientists hope the samples from Ryugu, which is covered in carbon-rich minerals, will shed light on the origins of the solar system more than 4.5 billion years ago, and provide hints on how water and the building blocks for life arrived on Earth.

After releasing the sample return capsule, the Hayabusa 2 mission’s parent spacecraft — still loaded with plenty of propellant — completed three divert maneuvers to steer away from a collision course with Earth. The spacecraft is heading back into the solar system on an extended mission that will include a high-speed flyby of an asteroid in 2026 and a rendezvous with a small fast-rotating space rock in 2031. 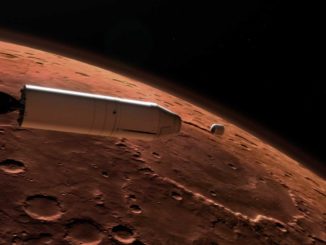 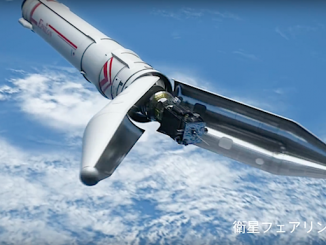 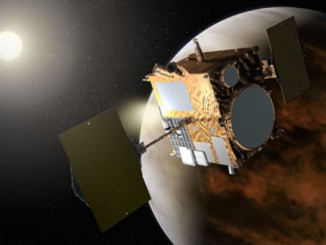