The Gonets-M satellites lifted off at 8:14 p.m. EST Wednesday (0114 GMT; 4:14 a.m. Moscow time Thursday) from Plesetsk, a military spaceport in the Arkhangelsk region of northern Russia.

Powered by kerosene-fueled engines generating more than 900,000 pounds of thrust, the Soyuz-2.1b rocket arced toward the north from Plesetsk, targeting a high-inclination orbit tilted 82.5 degrees to the equator.

The rocket shed its four first stage boosters, core stage, and payload fairing in the first few minutes of the flight. A third stage RD-0124 engine finished the Soyuz rocket’s role in the mission before deploying a Fregat upper stage to perform two burns to reach an on-target orbit at an altitude of roughly 932 miles (1,500 kilometers).

The launch from the Plesetsk Cosmodrome came less than 24 hours after a Soyuz rocket and Fregat upper stage lifted off from the Guiana Space Center in South America with a military spy satellite for the United Arab Emirates. That mission was also successful.

There have been 13 flights by Russia’s venerable Soyuz rocket family so far this year.

“Congratulations to all colleagues and partners on the successful launch of three Gonets M spacecraft,” said Pavel Cherenkov, director of the Gonets satellite system for Roscosmos. “According to the information received, their separation from the upper stage took place normally.

“After the specified flight operations are completed, they will be entered into the communication system,” Cherenkov said in a translated statement. “The replenishment of the grouping created an important resource for the viability of the system and created some redundancy opportunities.”

The three Gonets-M satellites, each with a prelaunch weight of about 617 pounds (280 kilograms), will undergo orbital checkouts before being commissioned into the data relay network. The spacecraft are designed for five-year missions.

“The Gonets-M satellites will be used for personal communications services, including mobile and fixed communications, industrial, environmental and scientific monitoring in remote regions,” said ISS Reshetnev, manufacturer of the Gonets M satellites.

The Gonets system is operated by a public-private partnership between Roscosmos — the Russian space agency — and Russian industry.

The secondary payload launched by the Soyuz rocket was a nanosatellite named ERA-1 for the Russian Ministry of Defense. The small military satellite will test “advanced microdevices and microsystems” for attitude control and navigation, Roscosmos said. 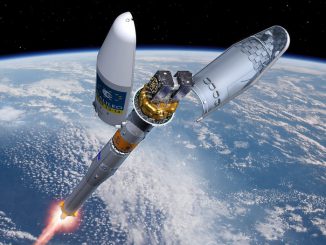 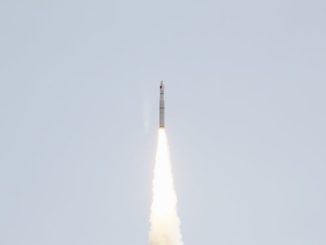 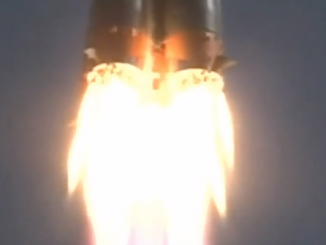