Ten commercial Earth-imaging satellites are mounted on top of a Rocket Lab Electron launcher for liftoff Wednesday from New Zealand.

The nearly 60-foot-tall (18-meter) Electron rocket is scheduled to take off from Rocket Lab’s privately-operated spaceport on the North Island of New Zealand during a 49-minute window opening at 5:14 p.m. EDT (2114 GMT) Wednesday.

The smallsat launcher will aim to release the 10 satellites into a 310-mile-high (500-kilometer) sun-synchronous orbit at an inclination of 97.5 degrees, according to Rocket Lab. The mission will mark the 15th flight of an Electron rocket since 2017, and Rocket Lab’s fifth mission so far this year.

Rocket Lab has nicknamed the mission “In Focus” in honor of the 10 Earth observation satellites on-board the Electron launcher. The California-based company delayed the launch from Tuesday due to a poor weather forecast at the launch site on Mahia Peninsula in New Zealand.

The two-stage Electron rocket will arc downrange toward the south from Launch Complex 1 on Mahia Peninsula. Nine kerosene-fueled Rutherford engines will power the Electron first stage off the pad with around 50,400 pounds of thrust.

After two-and-a-half minutes, the Electron first stage will shut down its engines and fall back into the Pacific Ocean.

A single vacuum-rated Rutherford second stage engine will ignite to drive the 10 satellites into a parking orbit nearly nine minutes after liftoff. The second stage will deploy Rocket Lab’s kick stage, which will coast over Antarctica before igniting its Curie engine for more than two minutes to circularize its orbit.

That will set up for separation of the 10 satellites from the kick stage around one hour after liftoff.

The largest spacecraft on Wednesday’s mission is CE-SAT-2B, an Earth observation satellite for Canon Electronics of Japan.

The CE-SAT 1B satellite that launched in July was destroyed when Rocket Lab’s Electron rocket failed before reaching orbit.

Nine SuperDove Earth-imaging satellites — each about the size of a large shoebox — are stowed inside Maxwell deployers on top of the Electron rocket. The SuperDove payloads, built and owned by Planet, will replace five similar satellites — collectively known as “Flock 4e”– that were also lost on Rocket Lab’s failed mission in July.

“Emerging from the unfortunate launch accident of Flock 4e on Electron in July, this next launch speaks to both Planet and Rocket Lab’s resilience and agility to get back on the pad so quickly,” Planet wrote in a blog post on its website. “These SuperDoves will be deployed into an approximate 500 km (310-mile-high) morning-crossing sun synchronous orbit (SSO), joining the rest of the flock already providing unprecedented medium-resolution global coverage and revisit.” 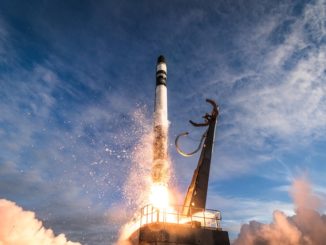 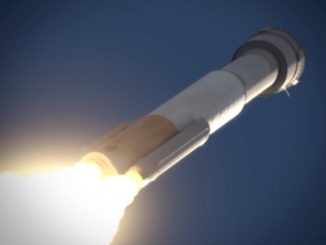 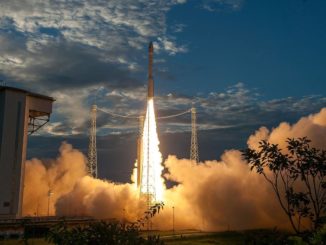