India is set to resume satellite launches as soon as early November with a mission to deliver Indian, U.S., and European payloads to orbit, the country’s first space launch in nearly a year after delays caused by the coronavirus pandemic.

An Indian Polar Satellite Launch Vehicle will carry the satellites into space. It will mark the first Indian satellite launch since last December.

Indian officials halted launch operations at the Satish Dhawan Space Center, the country’s spaceport on the Indian east coast, earlier this year after the onset of the coronavirus pandemic. Government-imposed travel and work restrictions made it difficult to prepare for space missions on India’s launch schedule this year.

“Because of this situation, there are some delays in our missions,” said K. Sivan, chairman of the Indian Space Research Organization, in a virtual press conference Monday at the 71st International Astronautical Congress.

With some travel now permitted, preparations are underway at the Indian spaceport for a PSLV mission as soon as the first week of November, Sivan said.

“Subsequently, all the missions will continue there as we planned,” Sivan said.

RISAT 2BR2 is the next in a line of Indian radar satellites designed for all-weather surveillance missions. The radar imagery will be used by the Indian government for civilian and military purposes.

Rideshare payloads will accompany the RISAT 2BR2 satellite into a 37-degree inclination orbit on the PSLV-C49 mission next month.

Spaceflight, a rideshare launch broker based in Washington, says it is overseeing launch preparations for eight small satellites on the PSLV-C49 mission.

The smallsats include four briefcase-sized CubeSats for Kleos Space of Luxembourg, which plans a constellation of small satellites to monitor radio transmissions around the world. The first four satellites are known as Kleos’ Scouting Mission.

Kleos says its satellites will detect and geolocate radio frequency transmissions, providing intelligence on maritime activity for governments and commercial customers. The radio frequency monitoring data will be particularly useful for tracking ships that can’t be monitored using automated identification systems or satellite imagery, according to Kleos.

There are also four Lemur-2 CubeSats on the next PSLV mission for Spire, a San Francisco-based company that operates a fleet of commercial smallsats that track shipping traffic and collect weather data.

While Sivan did not discuss Indian launches after PSLV-C49 on Monday, the Times of India newspaper reported earlier this month that ISRO is planning one more PSLV launch and a mission with the larger Geosynchronous Satellite Launch Vehicle before the end of 2020. 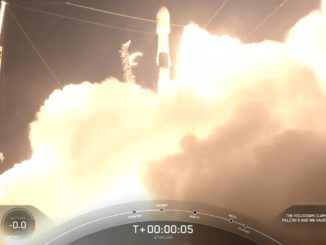 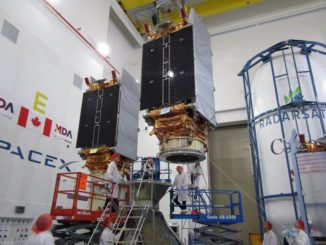 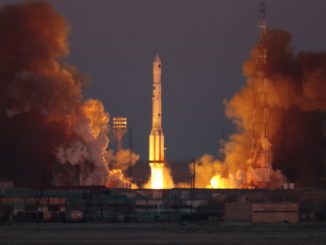