Elon Musk, SpaceX’s founder and CEO, said Aug. 31 the first test vehicle for the Starship’s “Super Heavy” booster could begin production as soon as last week, but there’s been no confirmation that a Super Heavy prototype is being assembled yet.

The most recent Starship test last week involved a flight of a prototype vehicle, designated SN6, to an altitude of about 500 feet, or 150 meters, over SpaceX’s facility at Boca Chica in South Texas. The stainless steel cylinder performed the test flight Sept. 3, following a similar 500-foot hop by SpaceX’s SN5 prototype Aug. 4.

Next up is a ground test of a test tank named SN7.1, which could occur as soon as Thursday. SpaceX engineers will take the tank to burst pressure test the limits of the structure, which is made of a different stainless steel alloy than earlier Starship prototypes.

SpaceX is building multiple additional Starship test vehicles, including SN8, which could be the first Starship to fly with aerosurfaces, a nose cone, and three Raptor engines. So far, SpaceX has test-flown Starships with a single methane-fueled Raptor engine.

Three throttleable Raptor engines, each capable of producing up to 440,000 pounds of thrust, will allow SpaceX to attempt more ambitious Starship test flights. The addition of fins will also aid in high-altitude, higher-speed flights.

Eventually, SpaceX will mount six Raptor engines at the base of Starship. Three of the Raptors will be similar to the existing engine models flown to date, while three will be fitted with much larger nozzles.

The engine version with the nozzle extension is known as the Raptor Vacuum, or RVac. SpaceX announced on Twitter last week that the first RVac engine has shipped from the company’s headquarters and Raptor engine factory in Hawthorne, California, to a test site in McGregor, Texas, to begin a series of test-firings.

The RVac engine configuration is needed to power Starship launches into orbit.

The pace of Starship development has hastened in recent months as SpaceX builds out a sprawling production facility at Boca Chica, located just east of Brownsville, Texas, on the Gulf of Mexico near the U.S.-Mexico border.

In a virtual discussion during the Humans to Mars Summit on Aug. 31, Musk offered updates on SpaceX’s Starship program. Once operational, the Starship could carry more than 100 metric tons, or 220,000 pounds, of cargo to low Earth orbit, more than any rocket in the world.

With life support systems and in-space refueling, Starship missions could eventually transport people to the moon, Mars, and other distant destinations.

Starship is central to the vision of Elon Musk, SpaceX’s billionaire founder, who established the company with a mission of sending people to Mars. Future Starships could cruise to Mars with up to 100 people, Musk says.

“The main thing we needed to make progress on with Starship is the production system,” Musk said, adding that making a prototype was “relatively easy” by comparison.

“Building the production system so that we can build ultimately hundreds or thousands of Starships — that’s the hard part,” Musk said Aug. 31. “But we’ve been been making good progress on the productions system as people can see from the aerial photos of Boca Chica.

“A year ago, there was almost nothing there, and now we’ve got quite a lot of production capability,” Musk added. “We’re rapidly making more and more ships, and we’ll be starting production of the booster soon.”

Musk said last week that SpaceX was on the verge of starting assembly of the first Super Heavy booster.

Like the early Starship test flights, the first Super Heavy prototypes will fly to low altitudes with a subset of Raptor engines, beginning with two of the SpaceX-made powerplants, Musk said.

In parallel with the early Super Heavy testing, SpaceX will attempt higher test flights of the Starship, which acts as the combined launcher’s upper stage. For an orbital mission, the Starship will need six Raptor engines and a heat shield for re-entry. The entire stack will stand around 394 feet (120 meters) tall, according to SpaceX’s website.

With the nose cone added, the Starship vehicle itself will reach a height of around 164 feet, or 50 meters. The vehicle measures around 30 feet (9 meters) wide, about one-and-a-half times the diameter of a Boeing 747 jumbo jet.

Musk said that engineers have tweaked the design of the Super Heavy booster by increasing the thrust of its Raptor engines, allowing SpaceX to remove several Raptors from the design. It’s the latest in a series of design adjustments made since Musk unveiled the giant rocket program in 2016, when it was named the “BFR.”

Musk previously said the Super Heavy booster would have more than 30 methane-fueled Raptor engines, but Musk said Monday SpaceX is trying to “simplify the configuration.”

“So it might be 28 engines,” Musk said. “That’s still a lot of engines. We’ll also end up cranking up the thrust on the engines.”

An outer ring of engines on the Super Heavy booster will have fixed nozzles, while an inner group of eight Raptors will vector their thrust to steer the rocket during takeoff and landing.

“I hope we do a lot of flights,” Musk continued. “The first ones might not work. This is uncharted territory. Nobody has ever made a fully reusable orbital rocket. So just having that at all is pretty significant.”

The billionaire entrepreneur last year said the first orbital launch of Starship could happen in 2020. Despite the project’s fast rate of progress, SpaceX won’t meet that schedule.

Musk said last week that SpaceX is not yet performing much development of the life support systems Starships will need to accommodate people.

“We’ve got to make the thing work automatically, delivering satellites, doing hundreds of mission delivering satellites before we put people on-board,” Musk said. “We know how to make a complex life support system that can deal with a wide range environments, changing atmospheric pressure, changing the oxygen and nitrogen percentage in the air.”

Developed in partnership with NASA, SpaceX’s human-rated Crew Dragon spaceship flew astronauts to the International Space Station for the first time, demonstrating the capsule’s life support systems and SpaceX’s first spacesuit design. The suits worn by Dragon astronauts Doug Hurley and Bob Behnken were designed to protect the crew members if the capsule depressurized in flight.

“In short, we know how to do that,” Musk said. “For a longer mission, like if you’re going to Mars, you want to have a more renewable system than what we have on Crew Dragon. You want to recycle things, recycle water a lot more, and oxygen more. But if you’re going to the moon, no problem.”

Under the planned architecture for NASA’s Artemis moon landing program, astronauts will launch from Earth on top of the government-owned Space Launch System heavy-lift rocket and Orion crew capsule. A human-rated lander will launch separately on a commercial rocket, then fly to the moon and await the docking of the Orion crew in lunar orbit.

Astronauts will float into the lunar lander and descend to the moon’s surface, perform experiments and spacewalks, then take off to head back to the Orion capsule, which will bring the crew back to Earth.

NASA’s lunar lander contract with SpaceX is initially valued at $135 million, but could grow if the Starship wins the NASA competition against Blue Origin and Dynetics. The $135 million will cover just a few percent of the Starship’s total development cost, which Musk estimated to be more than $5 billion.

“The NASA support is appreciated, but this is a program that’s over, probably more than $5 billion,” Musk said Monday. “It’s helpful, but it’s not a game changer. But hopefully, if we demonstrate success with Starship, then they can start thinking seriously about a lunar base.” 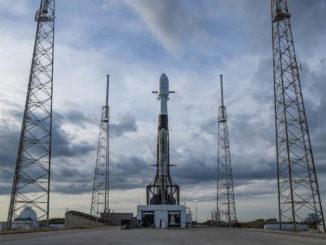 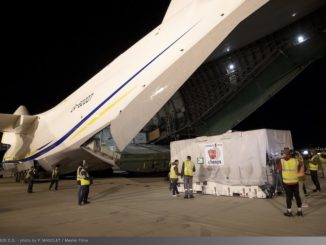 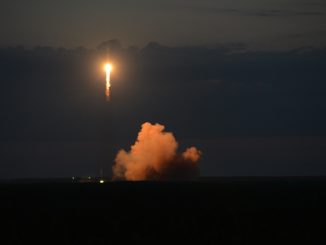