There is no sign that the projectile stuck another satellite in orbit, but the object’s release from the Russian military’s Kosmos 2543 spacecraft occurred as it maneuvered near another Russian satellite.

The behavior is consistent with a test of a new anti-satellite capability, U.S. Space Command said Thursday.

“U.S. Space Command has evidence that Russia conducted a non-destructive test of a space-based anti-satellite weapon,” military officials said in a statement. “Russia released this object in proximity to another Russian satellite, which is similar to on-orbit activity conducted by Russia in 2017, and inconsistent with the system’s stated mission as an inspector satellite.”

The Russian Defense Ministry said last year that the Kosmos 2543 satellite is part of a system designed to approach and monitor the condition of other Russian spacecraft in orbit. Kosmos 2543 was deployed by another Russian military satellite — designated Kosmos 2542 — within a few weeks after launch on a Soyuz 2-1v rocket from Plesetsk Cosmodrome in far northern Russia.

The circumstances of the launch and subsequent release of a daughter satellite in orbit bore similarities to a Russian military mission that launched in June 2017 aboard the same type of rocket, then later deployed two sub-satellites. Russian defense officials described the mission as a demonstration of an inspector probe capable approaching and imaging other objects in space.

The new inspector mission that launched last November has exhibited similar behavior, according to U.S. military orbital tracking data available in the public domain. But instead of maneuvering near other Russian satellites, the Kosmos 2542 spacecraft adjusted its orbit to sync up with the orbit of a U.S. government spy satellite designated USA 245.

The classified USA 245 spacecraft belongs to the National Reconnaissance Office, and it is believed to carry a powerful Earth-facing telescope to take sharp, high-resolution photos for analysis by U.S. intelligence agencies.

Meanwhile, the Kosmos 2543 satellite started approaching another Russian military spacecraft in orbit over the last few weeks before releasing its own sub-satellite July 15 in what U.S. officials described as an anti-satellite weapon test.

“The Russian satellite system used to conduct this on-orbit weapons test is the same satellite system that we raised concerns about earlier this year, when Russia maneuvered near a U.S. government satellite,” said Gen. John W. “Jay” Raymond, head of U.S. Space Command and the U.S. Space Force’s Chief of Space Operations, in a statement Thursday. “This is further evidence of Russia’s continuing efforts to develop and test space-based systems, and consistent with the Kremlin’s published military doctrine to employ weapons that hold U.S. and allied space assets at risk.”

Jonathan McDowell, an astronomer at the Harvard-Smithsonian Center for Astrophysics who tracks global space activity, said an analysis of publicly available satellite orbit data suggests that the Kosmos 2543 released the mysterious object July 15 at a relative velocity of more than 400 mph, or about 700 kilometers per hour.

“That’s a projectile being fired, not a satellite deployment,” tweeted Brian Weeden, director of program planning and technical advisor for the Secure World Foundation. “That said, it’s also far from a conclusive weapons test. I’d put it in the worrisome category.”

A projectile launched from a satellite could be used as a kinetic weapon against another spacecraft. Last year, British engineers demonstrated the use of a harpoon in orbit that could be used to help clear out space junk.

The U.S. State Department called the Russian military activity as “hypocritical and concerning.”

“This event highlights Russia’s hypocritical advocacy of outer space arms control, with which Moscow aims to restrict the capabilities of the United States while clearly having no intention of halting its own counterspace program — both ground-based anti-satellite capabilities and what would appear to be actual in-orbit anti-satellite weaponry,” said Christopher Ford, the U.S. Assistant Secretary of State currently performing the duties of the Under Secretary for Arms Control and International Security.

“We are concerned by the manner in which Russia tested one of its satellites by launching a projectile with the characteristics of a weapon,” said Air Vice Marshal Harvey Smith, head of the UK’s Space Directorate. “Actions of this kind threaten the peaceful use of space and risk causing debris that could pose a threat to satellites and the space systems on which the world depends. We call on Russia to avoid any further such testing. We also urge Russia to continue to work constructively with the UK and other partners to encourage responsible behavior in space.”

The United States, China and India have also demonstrated ground-based anti-satellite missiles. The U.S. military has also launched its own inspector satellites into geosynchronous orbit more than 22,000 miles (nearly 36,000 kilometers) over the equator.

The U.S. Air Force has also performed unannounced satellite deployments from its X-37B spaceplane in orbit, but none exhibited the peculiar behavior of the Russian Kosmos 2542/2543 system.

“Last week’s test is another example that the threats to U.S. and allied space systems are real, serious, and increasing,” U.S. Space Command said in a statement.

The U.S. Space Force was established in December as a new military branch, taking over most of the Air Force’s space missions and responsibilities.

“Russia’s development and testing of orbital weapons highlights the importance of establishing the U.S. Space Force as a new branch of the armed forces and the U.S. Space Command as the nation’s unified combatant command for space,” military officials said Thursday. 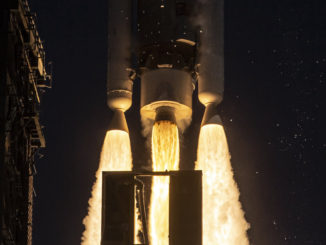 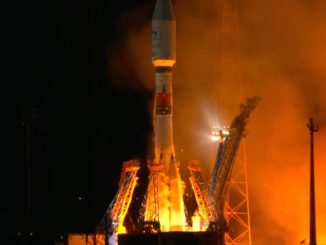 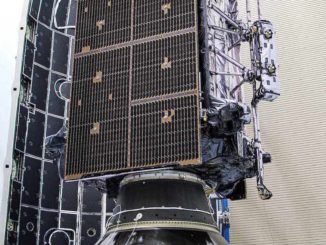