Flying without astronauts on a demonstration flight in Earth orbit, a test model of a next-generation Chinese crew capsule lifted off Tuesday on top of a heavy-lift Long March 5B rocket, the same launcher configuration that will loft segments of China’s planned space station.

A live webcast produced by China’s state-run CCTV television network showed the rocket’s final countdown and launch from the Wenchang spaceport. Wenchang is China’s newest launch site, allowing vehicles to soar downrange over the South China Sea, rather than dropping stages on land as is the case during missions from inland Chinese launch bases.

The launch video showed the Long March 5B arcing toward the southeast from Wenchang into a clear later afternoon sky.

The rocket jettisoned its four boosters around three minutes into the flight, and the Long March 5B’s core stage was programmed to fire for around eight minutes before deploying China’s prototype crew capsule in orbit.

The China Aerospace Science and Technology Corp., or CASC, confirmed the Long March 5B placed the capsule payload into its “predetermined orbit” minutes after lifting off from Wenchang.

The launcher’s lift capability to low Earth orbit is around 55,000 pounds, or 25 metric tons, according to Chinese state media. The Long March 5B version — using a “stage-and-a-half” launch architecture — is tailored to launch large modules for China’s planned space station.

The short-duration orbital test flight this week is expected to conclude with a re-entry and landing in remote northwestern China, perhaps as soon as Wednesday. Few details about the test flight have been released by the Chinese government.

Teams at the Wenchang launch base prepared the Long March 5B rocket and the prototype crew capsule for flight amid the coronavirus pandemic. Chinese state media said managers reduced staffing levels at the spaceport, and introduced telecommuting capabilities to allow some team members to participate in data reviews and meetings remotely.

China has conducted six space missions with astronauts since 2003. The most recent Shenzhou mission ended in November 2016 after a 32-day flight to the Chinese Tiangong 2 space lab with a two-man crew.

Plans to launch China’s first Mars rover later this year could depend on the success of this week’s Long March 5B launch. A Long March 5 rocket — in its previous configuration with an upper stage — is scheduled to launch the robotic Mars mission in July.

Chinese officials last month announced the Mars mission will be named Tianwen 1. Tianwen, or Questions to Heaven, is a poem written by the ancient Chinese poet Qu Yuan. The China National Space Administration — China’s space agency — said all of the country’s future planetary exploration missions will be named the Tianwen series.

Another Long March 5 rocket is scheduled to haul China’s Chang’e 5 robotic lunar mission into space later this year. Chang’e 5 will attempt to retrieve samples from the moon’s surface and return them to Earth. 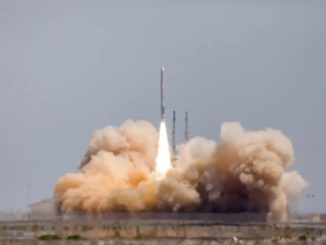 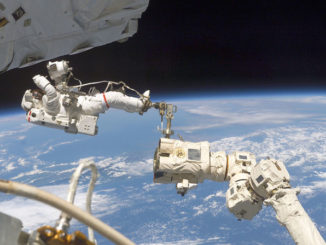 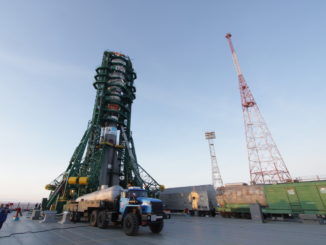