OneWeb — three launches into a series of nearly 20 missions to deploy 650 satellites to provide global Internet service — has announced it filed for Chapter 11 bankruptcy protection and reduced its workforce after unsuccessful negotiations for more cash from its largest investor.

Headquartered in London with a significant workforce in the United States, OneWeb said late Friday it made the bankruptcy filing in the U.S. Bankruptcy Court for the Southern District of New York.

OneWeb said it is pursuing a sale of its business after efforts to raise additional money to fund the company’s satellite constellation and launch of commercial services fell through.

“While the company was close to obtaining financing, the process did not progress because of the financial impact and market turbulence related to the spread of COVID-19,” OneWeb said in a statement.

Sources familiar with OneWeb’s financial negotiations told the Financial Times that the company was seeking up to $2 billion from the Japanese conglomerate SoftBank before the COVID-19 coronavirus pandemic led to a downturn in global financial markets.

Before the COVID-19 pandemic, SoftBank was facing financial headwinds related to other companies in its investment portfolio. SoftBank has signaled it may pull out of a $3 billion tender offer to WeWork, which leases shared workspaces for startups, and announced earlier this month plans to sell up to $41 billion in assets.

But that wasn’t enough to carry OneWeb through the fully deployment of nearly 650 satellites to beam Internet signals worldwide.

“OneWeb has been building a truly global communications network to provide high-speed low latency broadband everywhere,” said Adrian Steckel, CEO of OneWeb. “Our current situation is a consequence of the economic impact of the COVID-19 crisis. We remain convinced of the social and economic value of our mission to connect everyone everywhere.

OneWeb said it has reduced its workforce to focus on operating the company’s 74 satellites already in orbit, which are not enough to provide commercial services.

In a statement, OneWeb said it is seeking authorization from the U.S. Bankruptcy Court to “support its ongoing operations.” Continued operations of OneWeb’s satellites would allow the company to maintain rights to radio spectrum while pursuing a sale of the business.

Steckel told reporters last month OneWeb would not require all 21 launches to build out its satellite network. Instead, he said OneWeb needed as few as 18 launches from Arianespace, which could launch — on average — more than 30 satellites per mission.

OneWeb was founded in 2012 by Greg Wyler, a satellite and telecom entrepreneur who dreamed of a global satellite fleet to provide Internet services to people unable to connect to terrestrial networks.

OneWeb faces intense competition from deep-pocketed entrepreneurs like Elon Musk and Jeff Bezos. Musk’s SpaceX is working on the Starlink network, and Amazon has plans for its own satellite constellation named Kuiper to provide broadband connectivity from space.

“Today is a difficult day for us at OneWeb,” Steckel said. “So many people have dedicated so much energy, effort, and passion to this company and our mission. Our hope is that this process will allow us to carve a path forward that leads to the completion of our mission, building on the years of effort and the billions of invested capital.

“It is with a very heavy heart that we have been forced to reduce our workforce and enter the Chapter 11 process while the company’s remaining employees are focused on responsibly managing our nascent constellation and working with the court and investors,” Steckel said in a statement.

A documents filed with the U.S. Bankruptcy Court show OneWeb owes Arianespace $238 million, more than any other creditor.

OneWeb is Arianespace’s largest customer. At the beginning of the year, Arianespace said half of its planned 22 launches this year would be for OneWeb.

Arianespace last year signed OneWeb to launch 30 satellites on the inaugural flight of the new European Ariane 6 launcher, currently scheduled for the end of 2020. The rest of OneWeb’s 648 satellites were slated to launch on Soyuz rockets from the European-run spaceport in French Guiana, the Baikonur Cosmodrome in Kazakhstan, and the Vostochny Cosmodrome in eastern Russia.

In a statement, Arianespace said it will monitor the progress of OneWeb’s Chapter 11 bankruptcy proceedings “in accordance with its rights and commitments.”

OneWeb set up a 50-50 joint venture with Airbus to mass-produce 325-pound (147-kilogram) satellites at a rate of up to two per day.

The joint venture, named OneWeb Satellites, operates a 105,500-square-foot (9,800-square-meter) factory at Exploration Park, just outside the gates of the Kennedy Space Center in Florida.

OneWeb Satellites announced Monday that it is reducing workforce at the Florida factory, effective immediately, citing concerns about the coronavirus pandemic. The satellite manufacturer said the furloughs will primarily be temporary in nature. OneWeb Satellites said it is still operating with no plans to file for bankruptcy.

As of February, OneWeb satellites counted around 250 employees at the company’s factory and test center in Florida, with another 115 or so working for OneWeb Satellites in engineering support roles in Toulouse, France.

In a press release, OneWeb Satellites said it has adjusted shift times to limit the exposure of employees to the virus, and all personnel still working at the factory will practice social distancing.

“We truly appreciate the cooperation and patience of our employees, suppliers and stakeholders as we manage our operations during this historic period,” said Tony Gingiss, CEO of OneWeb Satellites. “Our priority remains our employees’ health and safety while maintaining our business.

“To ensure our production operations continue, we allow only essential manufacturing personnel in the factory, we stay connected to our suppliers on a daily basis and we practice social distancing and remote working for nonessential personnel,” Gingiss said in a statement. “It is clear how vital a global communications infrastructure is needed and how critical our mission to build satellites for the OneWeb constellation truly is. I am proud of how our workforce is adapting to the situation as it unfolds.

“We continue to work with both shareholders (Airbus and OneWeb) while OneWeb negotiates its financing,” Gingiss said. “We are deeply saddened to see our friends at OneWeb being so significantly impacted and we stand behind them and their families as they go through this difficult period.” 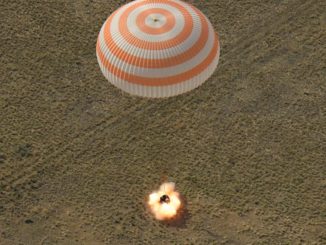 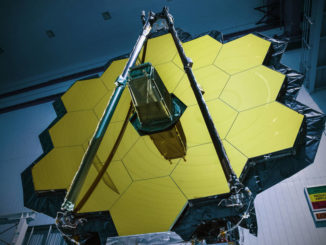