Former astronaut Al Worden, who orbited the moon and performed the first spacewalk in deep space in 1971, died Wednesday in Texas. He was 88.

Born Feb. 7, 1932, in Jackson, Michigan, Worden graduated from United States Military Academy at West Point in 1955 and entered the U.S. Air Force. He was a fighter pilot and test pilot before his selection as a NASA astronaut in 1966.

During his time alone in lunar orbit, Worden controlled sharp-eyed cameras and other scientific instruments carried to the moon for the first time on Apollo 15. Worden’s wide area geologic surveys from orbit complemented the work of Scott and Irwin on the lunar surface.

Scott and Irwin landed the Apollo 15 lunar module, named Falcon, on a lava plain near a towering mountain range and a deep channel-like valley named Hadley Rille. The landing site was perhaps the most spectacular moonscape visited on any of the Apollo missions.

Worden remained behind in the command module, named Endeavour, to operate a suite of scientific cameras and sensors housed in an instrument bay outside the spacecraft.

Apollo 15 was the first of three “J-type” missions flown to the moon before the Apollo lunar missions ended in 1972. The final three moon missions carried more advanced scientific payloads and a motorized rover to the lunar surface, which were not part of the previous moon landings on Apollo 11, 12 and 14.

“The purpose of a flight changed from getting there and getting back, to going out there and collecting all this science,” Worden said in a NASA oral history. “There was an end game here. There was an end purpose to going. It wasn’t just to go and come back. It was to go out there and really do something scientific that was worthwhile, and I think that’s what we did.”

Worden and his crewmates trained with geologists on Earth before launching to the moon, participating in numerous field expeditions across the American Southwest to familiarize themselves with geologic surveying techniques.

While Scott and Irwin focused on identifying rocks for retrieval and return to Earth, Worden flew in airplanes to practice aerial surveys.

Along with multiple spectrometers, a laser altimeter and a small subsatellite, the Apollo 15 command module carried a mapping camera and panoramic camera. The mapping camera was a modified military spy camera.

“The high-resolution camera, incidentally, was an interesting camera,” Worden said in a NASA oral history. “We could take pictures from 60 miles that…[had a] resolution maybe down to 3 meters or something like that, which was pretty good for those days.”

Worden was trained by Farouk El-Baz, an Egyptian-American geologist who worked for Bellcomm, a division of AT&T contracted to provide technical assistance to NASA during the Apollo program.

“Farouk had me trained to look for evidences of volcanic activity,” Worden said in a 2017 panel discussion with El-Baz at the Massachusetts Institute of Technology. “Back in those days, the geologists that we trained with were still arguing about whether the features on the moon were made by meteor impacts or volcanic activity.”

El-Baz, now 82, was secretary of the Apollo landing site selection committee, and observations from Apollo 15 helped scientists push to send Apollo 17, the program’s final lunar landing, to a different location on the moon named Taurus-Littrow.

“We looked for volcanic activity and took high-resolution pictures of it,” Worden said. “Farouk jumped on it and everybody looked at it, and as a result of that they actually changed the landing site of Apollo 17 to go there. So there was some real value in observational work that we actually found the volcanic activity.”

In 2017, El-Baz said Worden separated himself from many of his Apollo-era astronaut peers by his scientific acumen.

“Most of the crews had absolutely no knowledge of the Earth, or geology, or the environment, or any of that,” El-Baz said in 2017. “So Al would come and absorb it all, and communicate with me, and ask me questions out how do you know this, why do you say that.

“So he really absorbed the whole thing, and for that, he became the best observer from orbit,” El-Baz said. “He would look from the spacecraft all the way to the surface of the moon, and then he would pick up tiny little objects, differences in color, differences in texture … and he would convey them right away knowing that we were waiting for that.”

Once Scott and Irwin rejoined Worden in lunar orbit, the trio headed back to Earh, but one more major mission remained before re-entry.

Worden suited up in a spacesuit and went outside the Apollo spacecraft to retrieve film canisters from the mapping and panoramic cameras. It was the first time an astronaut had performed a spacewalk in deep space, between the Earth and the moon.

“It’s sort of a unique perspective,” Worden said of the spacewalk. “I did have a chance to stand up on the outside and look.

Soon after they returned to Earth, unauthorized postal covers carried to the moon on Apollo 15 were sold on the commercial market. A backlash prompted NASA to discipline the Apollo 15 crew, and none of the astronauts ever flew in space again.

Irwin died of a heart attack in 1991. Worden said Scott, the mission’s commander who is now 87, was responsible for the scandal.

“There was nothing in my suit or in my kit or anywhere around me that had not been approved by Deke Slayton (director of NASA’s flight crew operations),” he said. “There were some covers carried on the flight. There were 100 covers carried by Dave that we had agree … to take. I had assumed they were on the manifest, but I’m not sure they ever were.”

The covers were given to a German stamp collector, and money from their sale was intended to go toward a fund for the children of the Apollo 15 astronauts.

“But there were going to be nothing done until the program was long, long, long gone,” Worden said.

“Well, unbeknownst to Jim and I … Dave had another 300 in his pocket, and that created quite a flap,” Worden said. “It was unfortunate for a lot of respects.”

“I think it’s kind of recognized by a lot of people that even with all the problems with postal covers and all that, Apollo 15 still comes through as the most … successful scientific flight of the entire Apollo program,” Worden said.

“We had a good flight. We did what we were supposed to do,” he said. “We brought back so much data, they’ll never get through it all. I just think we did a better job of the science than any other crew. As far as getting there and getting back, what can I say? We had so few problems that it was like flying to L.A.”

After leaving the astronaut corps, Worden served as a senior aerospace scientist and chief of the systems study division at NASA’s Ames Research Center until 1975. He then moved on to a career as an executive in the aerospace and aviation industry.

He never thought of his flight to the moon as the high point of his life.

“Yes, the flight was a high, but it was a high in a kind of different way, and I would not say that it was the high point of my life,” he said. “I think there are other things in my life that I consider more significant from an intellectual standpoint.

“Even losing something sometimes is more significant,” Worden said. “I ran for the U.S. Congress in 1982 down in Florida, and I lost, but that was a very significant thing for me. I thought that was one of my better attempts at something.” 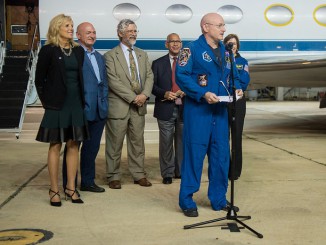 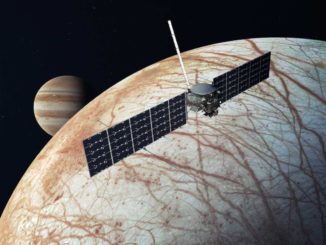 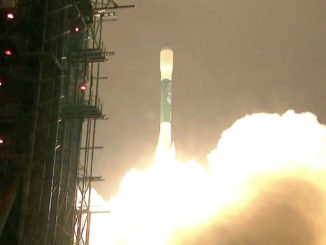