NASA announced Friday that Rocket Lab will launch a 55-pound (25-kilogram) CubeSat from Wallops Island, Virginia, toward the moon in early 2021 on a demonstration mission to test lunar navigation techniques and scout a unique elliptical orbit for the planned Gateway mini-space station.

The launch contract with Rocket Lab — U.S.-based company that currently launches from New Zealand — has a value of $9.95 million, according to NASA. The CAPSTONE payload will receive a dedicated ride into space from Rocket Lab.

NASA last year contracted with Advanced Space, a company headquartered in Boulder, Colorado, to develop and operate the CAPSTONE CubeSat under a $13.7 million agreement.

The launch of the CAPSTONE mission next year will mark the second lunar mission to blast off from the Mid-Atlantic Regional Spaceport at Wallops Island, Virginia.

NASA’s LADEE lunar probe launched in September 2013 from pad 0A at the Virginia spaceport on top of a Minotaur 5 rocket.

The CAPSTONE mission is a pathfinder for the lunar Gateway, a mini-space station NASA intends to use as a staging point for crewed lunar landings beginning as soon as 2024.

The commercially-built CAPSTONE CubeSat will conduct deep space navigation experiments and demonstrate maneuvers to enter and operate in a near rectilinear halo orbit, an elliptical orbit around the moon that will be home to the Gateway, a critical piece of NASA’s architecture to return humans to the lunar surface.

“This mission is all about quickly and more affordably demonstrating new capabilities, and we are partnering with small businesses to do it,” said Christopher Baker, small spacecraft technology program executive at NASA headquarters in Washington. “This is true from the perspective of CAPSTONE’s development timeline, operational objectives, navigation demonstration and its quickly procured commercial launch aboard a small rocket.”

The Trump administration has directed NASA to attempt a crewed lunar landing by the end of 2024. NASA has named the moon program Artemis, the twin sister of Apollo in Greek mythology.

Along with the Orion crew ferry capsule, the Space Launch System heavy-lift rocket, and a new human-rated lunar lander, the Gateway is a core component of NASA’s Artemis program.

“CAPSTONE is a rapid, risk-tolerant demonstration that sets out to learn about the unique, seven-day cislunar orbit we are also targeting for Gateway,” said Marshall Smith, director of human lunar exploration programs at NASA Headquarters. “We are not relying only on this precursor data, but we can reduce navigation uncertainties ahead of our future missions using the same lunar orbit.”

“We are very excited that NASA was able to select a launch provider on a tight timeline for CAPSTONE,” said Bradley Cheetham, CEO of Advanced Space, in response to an inquiry from Spaceflight Now. “We expect this will be the first of many small spacecraft missions to the Moon in support of Artemis and are proud to be first in line to demonstrate this exciting capability.”

Rocket Lab’s Electron rocket stands around 55 feet (17 meters) tall, shorter than even the Minotaur booster that sent NASA’s LADEE probe to the moon in 2013. Made of black carbon composite materials and powered by 3D-printed engines, the Electron can loft up to 330 pounds (150 kilograms) of payload into a 310-mile-high (500-kilometer) orbit, according to Rocket Lab.

The liftoff of the CAPSTONE CubeSat next year is expected to be Rocket Lab’s first launch toward the moon.

According to NASA, Rocket Lab’s Photon platform — an upgraded derivative of the company’s Curie kick stage — will give the CAPSTONE a boost toward the moon after separation from the two-stage Electron booster. CAPSTONE will have its own propulsion system to maneuver into orbit around the moon.

After a three-month journey, CAPSTONE will settle into its planned near rectilinear halo orbit, passing as close as 1,000 miles (1,500 kilometers) and as far as 43,500 miles (70,000 kilometers) from the moon.

“Small satellites like CAPSTONE will play a crucial role in supporting the return of human missions to the moon, and we’re proud to be supporting NASA in this unique and pivotal mission,” said Peter Beck, Rocket Lab’s founder and CEO. “As a dedicated mission on Electron, we’re able to provide NASA with complete control over every aspect of launch and mission design for CAPSTONE, something typically only available to much larger spacecraft on larger launch vehicles.

“In the same way we opened access to low Earth orbit for small satellites, we’re proud to be bringing the moon within reach to enable research and exploration,” Beck said.

The near rectilinear halo orbit comes with several advantages, according to NASA.

A station in such an orbit will have a continuous communications link with Earth, and it allows landers departing from the Gateway to reach any place on the lunar surface with only modest propellant usage.

A station like the Gateway is needed because the Orion spacecraft, which will carry crews to and from the vicinity of the moon, does not have the ability to maneuver directly into and out of a low-altitude lunar orbit, like the Apollo spacecraft did in the 1960s and 1970s.

The Gateway will serve as a staging base and safe haven for Artemis crews, where NASA envisions astronauts transferring from the Orion crew capsule into lunar landers heading to the moon’s surface.

The first element of the Gateway planned for launch is a power and propulsion module built by Maxar. It’s scheduled to lift off before the end of 2022.

CAPSTONE’s mission is to scout the Gateway’s planned orbit before the first module arrives in the vicinity of the moon.

NASA said Friday that Advanced Space and Tyvak Nano-Satellite Systems Inc. of Irvine, California, will start building and testing the CAPSTONE spacecraft after a final design review later this month.

The Antares launcher is more than twice the height of Rocket Lab’s Electron rocket, but Rocket Lab’s launch manifest projections suggest the Electron will fly from Wallops much more often than the Antares’ regular launch cadence of two flights per year.

The Mid-Atlantic Regional Spaceport is run by the Virginia Commercial Space Flight Authority, or Virginia Space, an organization created by the Virginia legislature to promote commercial space activity within the commonwealth. The spaceport now has three orbital-class launch facilities, one for Rocket Lab, one for the Antares rocket, and another used to launch solid-fueled Minotaur boosters. 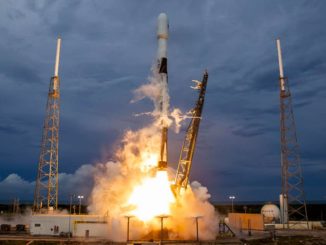 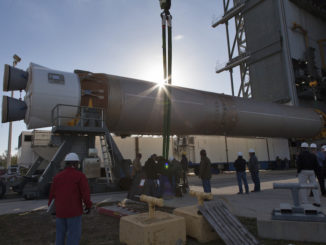 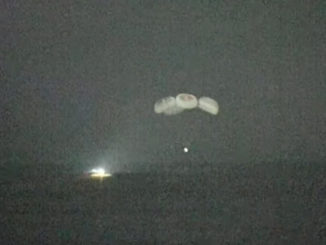