The final flight of Russia’s Rockot launcher took off Thursday and placed four satellites into orbit nearly 1,000 miles above Earth, ending a run of 31 launches since May 2000.

The Rockot’s 31 missions from the Plesetsk Cosmodrome, beginning May 16, 2000, were preceded by three Rockot test flights from Kazakhstan in the 1990s using an earlier version of the Breeze upper stage, bringing the vehicle’s total tally of missions to 34.

The final Rockot mission lifted off from Plesetsk, located around 500 miles (800 kilometers) north of Moscow in Russia’s Arkhangelsk region, at 2311 GMT (6:11 p.m. EST) Thursday, according to the Russian Ministry of Defense.

The launch occurred at 2:11 a.m. Moscow time Friday, and the 95-foot-tall (29-meter) Rockot booster fired out of a tube at the Complex 133 launch pad on a northerly trajectory with roughly 420,000 pounds of thrust.

Burning storable hydrazine fuel, the Rockot raced into a foggy night sky and fired its first and second stages in the first five minutes of the flight. The Rockot’s second stage jettisoned to fall into the Arctic Ocean, and a Breeze KM upper stage ignited two times to inject the mission’s four satellite payloads into their target orbit nearly two hours after liftoff.

Russian government ministries and civilian authorities use the Gonets-M satellites to relay secure messages between mobile terminals and fixed operators.

The payloads launched Tuesday are designated Gonets-M satellites No. 24, No. 25 and No. 26. The Gonets system is operated by a public-private partnership between Roscosmos — the Russian space agency — and Russian industry.

According to ISS Reshetnev, the Russian satellite manufacturer which built the Gonets-M spacecraft, the Gonets data relay network “provides environmental, industrial and scientific monitoring, communication in remote regions with undeveloped infrastructure, (and the) organization of data transmission networks in the interests of various departments.”

Ground controllers began testing the new Gonets-M satellites soon after their arrival in orbit before transitioning the spacecraft into operational service, according to Roscosmos.

A small retroreflector satellite named BLITS-M was a secondary payload on the final Rockot launch. Ground teams will use lasers to track the 8.6-inch (22-centimeter) satellite as it orbits Earth, collecting data that could be used to refine geophysics and geodynamics models, according to Russian scientists.

Teams from the Russian Aerospace Forces conducted the Rockot’s final launch from the Plesetsk Cosmodrome.

The Rockot’s two lower stage come from decommissioned SS-19 ballistic missiles, known in Russia as the UR-100N. Designers added the Breeze KM upper stage to provide an additional boost of speed for satellites going into orbit.

A mishap on the launch pad in 1999 damaged the first Rockot vehicle planned for liftoff from Plesetsk, preventing its launch. Rockot/Breeze KM missions commenced from Plesetsk in May 2000.

One Rockot mission failed to reach orbit due to a failure on the second stage, resulting in the loss of ESA’s CryoSat 1 satellite in 2005. A malfunction of a Breeze KM upper stage deposited a Russian military satellite in the wrong orbit in 2011.

Khrunichev, the Russian prime contractor for the Rockot and Breeze KM vehicles, said in a statement Friday that it is “developing technical documentation for a modernized version of the Rockot launch vehicle” with Russian-made components to replace imported hardware.

But officials have not confirmed plans for a new all-Russian Rockot vehicle, and the types of Russian payloads that previously flew on Rockot launchers are now being assigned to Soyuz and Angara rocket flights. The European Space Agency was once an anchor customer for Eurockot, a German-Russian company that marketed Rockot launch services globally, but light-class ESA satellites now typically launch on European Vega rockets.

One reason cited by Russian officials for the retirement of the Rockot launcher was the vehicle’s use of Ukrainian-built components. The Rockot’s lower stages were manufactured before the break-up of the Soviet Union, when Ukraine became an independent state.

Relations between Russia and Ukraine have soured since Russia’s annexation of Crimea in 2014. 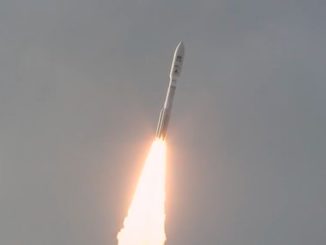 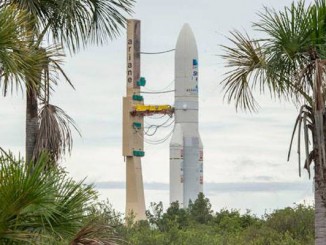