This gallery of photos shows the rollout Tuesday of United Launch Alliance’s Atlas 5 rocket and Boeing’s Starliner crew capsule to pad 41 at Cape Canaveral, plus additional views of the 172-foot-tall (52.4-meter) launcher standing next to the crew access tower Wednesday as teams prepared for a countdown rehearsal.

ULA and Boeing are gearing up for the Integrated Day-of-Launch Test, or IDOLT, an exercise in which the Atlas 5 launch team and Boeing spacecraft specialists will research launch day procedures. The Atlas 5 countdown for Starliner missions is lengthened to allow ground teams time to help astronauts board the spaceship before liftoff.

The Atlas 5 launcher and Starliner spacecraft at pad 41 are scheduled to launch Dec. 19 at 6:59 a.m. EST (1159 GMT) on an unpiloted test flight to the International Space Station. The Orbital Flight Test, or OFT, mission will help Boeing and NASA, which has paid the lion’s share of the Starliner’s development costs, ensure the crew capsule is ready for astronauts.

In the photos taken Wednesday, the crew access arm at pad 41 is seen extended to the Starliner’s side hatch, where crews will board the vehicle on future missions.

A couple of close ups for your viewing pleasure. #OFT pic.twitter.com/qpW68hqa03

Our crew of the Boeing #Starliner #CFT Crew Flight Test Mission in front of the uncrewed #OFT/#AtlasV. @Astro_Ferg @AstroDuke pic.twitter.com/S35GCnKunV 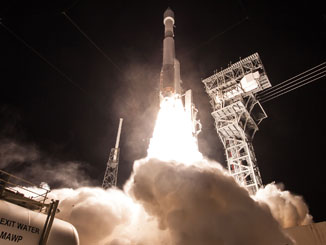 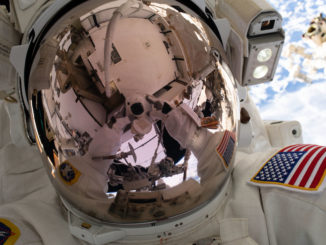 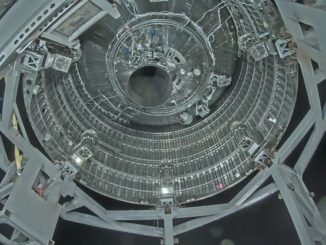