NASA’s Transiting Exoplanet Survey Satellite, fresh off a two-year extension to keep operating through 2022, has turned its cameras to image the northern sky after cataloguing nearly 1,000 candidate planets around other stars in the first year of its mission.

The TESS mission reached the halfway point of its original two-year prime mission July 18, when the observatory finished its first complete survey of the southern sky. A day earlier, NASA formally approved the extension of TESS’s science observations from 2020 through 2022, allowing the satellite to continue searching for planets, while bringing on additional scientists to analyze data.

TESS’s four wide-field 16.8-megapixel cameras are designed to detect the faint dimming of stars caused by the passage of an orbiting planet.

The $337 million mission is the first observatory in space to search for planets around other stars across nearly the entire sky, using its cameras to take take series of images along strips between the celestial pole and equator, filling in the sky as the Earth circles the sun.

TESS is a follow-up to NASA’s Kepler mission, which ended operations last year after searching for exoplanets in specific parts of the sky for almost a decade. Scientists designed TESS to detect plants around stars in our sun’s neighborhood, while Kepler peered across the galaxy to look at more distant stars in distinct patches of the sky.

“The pace and productivity of TESS in its first year of operations has far exceeded our most optimistic hopes for the mission,” said George Ricker, TESS’s principal investigator at the Massachusetts Institute of Technology in Cambridge. “In addition to finding a diverse set of exoplanets, TESS has discovered a treasure trove of astrophysical phenomena, including thousands of violently variable stellar objects.”

As of Aug. 3, astronomers using TESS data have confirmed the discovery of 28 new worlds around other stars, according to a tabulation on the mission’s website. There are another 993 candidate exoplanets found in TESS’s data that must be verified with additional observations.

While Kepler’s mission was largely about tallying how many planets there may be in the galaxy, TESS’s planet haul could prove more fruitful for astronomers seeking to study exoplanet environments. That’s because the planets discovered by TESS are much closer to Earth, allowing future telescopes to aim their apertures at them to measure the contents of their atmospheres, learning about their chemical make-up and searching for evidence that the planets might be habitable.

The James Webb Space Telescope, now set for launch in 2021, is one such mission. Astronomers working on JWST will lean heavily on TESS’s planet catalog to know where to point the telescope once in space.

“Kepler discovered the amazing result that, on average, every star system has a planet or planets around it,” said Padi Boyd, TESS project scientist at NASA’s Goddard Space Flight Center in Greenbelt, Maryland. “TESS takes the next step. If planets are everywhere, let’s find those orbiting bright, nearby stars because they’ll be the ones we can now follow up with existing ground and space-based telescopes, and the next generation of instruments for decades to come.”

Scientists announced in April that they found the first Earth-sized planet using TESS, a blazingly hot world that orbits a star 53 light-years from the sun. Astronomers estimate the planet, designated HD 21749c, is probably rocky and has surface temperatures as hot as 800 degrees Fahrenheit (427 degrees Celsius).

Last week, officials unveiled the discovery of a planetary system around a relatively faint, cool star 73 light-years from the sun in the direction of the southern constellation of Pictor. TESS detected three planets around the star, known as TESS Object of Interest 270 (TOI 270).

“This system is exactly what TESS was designed to find — small, temperate planets that pass, or transit, in front of an inactive host star, one lacking excessive stellar activity, such as flares,” said lead researcher Maximilian Günther, a Torres Postdoctoral Fellow at the Massachusetts Institute of Technology’s Kavli Institute for Astrophysics and Space Research in Cambridge. “This star is quiet and very close to us, and therefore much brighter than the host stars of comparable systems. With extended follow-up observations, we’ll soon be able to determine the make-up of these worlds, establish if atmospheres are present and what gases they contain, and more.”

One of the planets, named TOI 270 b, orbits closest to its parent star. It is likely rocky, like Earth and the other planets in our own solar system, but scientists believe it is too hot to harbor life.

Two planets orbiting farther from the star — TOI 270 c and TOI 270 d — are more than twice the size of Earth, and about half the diameter of Neptune. Astronomers think TOI 270c and d are likely closer in composition to Neptune than Earth, with their make-up consisting mostly of gases, rather than rock.

Our own solar system does not have a similarly-sized planet, dubbed a “mini-Neptune,” and astronomers say the TOI 270 system could be a focus for researchers studying how planets form.

TOI 270 d is the outermost of the three planets in the system. It has an equilibrium temperature of around 150 degrees Fahrenheit, or 66 degrees Celsius, still too warm to support liquid water.

“TOI 270 is perfectly situated in the sky for studying the atmospheres of its outer planets with NASA’s future James Webb Space Telescope,” said Adina Feinstein, a co-author of the paper detailing the TOI 270 discoveries, and a doctoral student at the University of Chicago. “It will be observable by Webb for over half a year, which could allow for really interesting comparison studies between the atmospheres of TOI 270 c and d.”

Another planet discovery made by TESS led to the identification of two other exoplanets hidden in data archives from ground-based observations, scientists said. Astronomers culling ground data to confirm the existence of another planet detected by TESS, named GJ 357 b, found the other worlds around the same star, an M-dwarf 31 light-years away that is smaller and cooler than the sun.

GJ 357 b, the planet detected by TESS, is far too hot to be habitable. But the outermost of the two previously-undiscovered exoplanets around the same star orbits at the outer edge of the habitable zone, where moderate temperatures could support liquid water.

“GJ 357 d is located within the outer edge of its star’s habitable zone, where it receives about the same amount of stellar energy from its star as Mars does from the Sun,” said Diana Kossakowski, co-author of the paper on the GJ 357 system, and a researcher at the Max Planck Institute for Astronomy in Heidelberg, Germany. “If the planet has a dense atmosphere, which will take future studies to determine, it could trap enough heat to warm the planet and allow liquid water on its surface.”

Astronomers have also used TESS to detect comets around other stars, or “exocomets.”

TESS’s observing mode, which involves staring at the same location in the sky for nearly a month at a time, is also useful for astronomers interested in stars themselves. During its first month of science observations, TESS detected distant six supernovas, the giant explosions that some stars undergo at the end of their lives, according to NASA.

TESS sailed through a recent senior review of NASA’s operating astrophysics missions. A panel of independent scientists chartered to recommend whether NASA should keep funding its operating science missions found that TESS was “well on pace” to reach the project’s top-level science requirements, which include an objective to discover and determine the orbits and masses of 50 planets smaller than Neptune.

“TESS proposes for an extended mission that complements its previous observational strategy with observations of new parts of the sky (the ecliptic), a higher cadence of most observations, and community-driven science goals that focus on significant additional planet finding, while also highlighting the benefits of TESS to stellar astrophysics, extragalactic astrophysics, and solar system science,” the senior review panel wrote in its report published last month.

“The TESS mission is in its early stages, but it is clearly returning excellent quality data that is stimulating a great deal of scientific activity and a wide variety of discoveries,” the panel wrote. “The number of planets found per month is in line with expectations from the Kepler mission, and the proposal makes clear the significant value of finding these planets in the solar neighborhood, where followup to determine planetary masses, and perform atmospheric characterization, can be performed over the near-term and long-term.”

Scientists expect the rate of TESS’s planet discoveries could triple in the extended mission, benefiting from longer observing times of the same stars.

“The spacecraft health is in some ways even better than expected, like a better-than-new mission,” the panel wrote. “Most importantly, the data download rate is higher than the nominal plan, allowing for the proposed higher cadence of (full frame image) data in the extended mission.”

In its response to the senior review recommendations, NASA authorized TESS to continue its science mission through at least 2022, when it will be up for another mission extension decision.

NASA will also continue to fund U.S. scientists working with data from the European Space Agency’s XMM-Newton X-ray observatory through 2022. 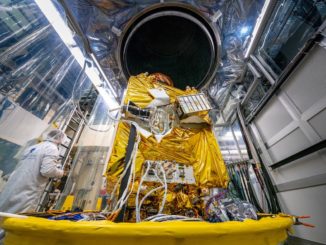 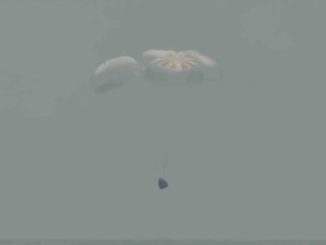 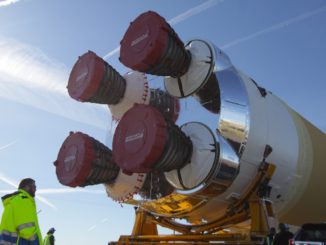