Concerns over an unspecified part flying on the upper stages of United Launch Alliance’s rockets have delayed the launch of a GPS satellite on a Delta 4 booster from July 25 to no earlier than Aug. 22.

The same issue has also delayed an Atlas 5 launch.

The delays are related to engineers’ concerns over a common component that flies on the upper stages of the Atlas 5 and Delta 4 rockets, a ULA spokesperson said Wednesday.

The Delta 4 launcher now scheduled for liftoff no earlier than Aug. 22 was previously set to take off July 25 with a GPS navigation satellite for the U.S. Air Force. ULA ground crews transferred the two-stage Delta 4 rocket to Cape Canaveral’s Complex 37 launch pad in late May and installed strap-on solid rocket boosters on each side of the first stage.

The launch of an Atlas 5 rocket, also produced by ULA, was also delayed by the same issue that triggered the Delta 4 delay. ULA announced last week that the Atlas 5 mission, set to loft the Air Force’s AEHF 5 secure communications satellite from a neighboring pad at Cape Canaveral, would be delayed from July 17 to no earlier than Aug. 8.

“This is a common component used in the upper stage of both the Atlas 5 and Delta 4,” said Heather McFarland, a ULA spokesperson. “During final acceptance testing of the component at the supplier, the support equipment measured off-nominal voltage. The team is reviewing the data and inspecting the hardware to determine root cause.”

McFarland declined to identify the specific component on the rocket when asked by Spaceflight Now.

The Atlas 5 and Delta 4 rockets both fly with Aerojet Rocketdyne-built RL10 engines on their upper stages, consuming a combination of liquid hydrogen and liquid oxygen propellants. Both launch vehicles also share a common avionics suite.

Mary Engola, an Aerojet Rocketdyne spokesperson, said there are no concerns with the RL10 engine itself.

“The delay is not caused by the RL10 engine, but rather a component procured by ULA for the upper stage,” Engola said in an emailed statement.

“Part on the rocket is functioning normally,” Bruno tweeted Wednesday. “Another of the same part failed a test at a supplier. This demands the all parts are suspect until we can prove otherwise.”

The Delta 4 rocket awaiting now set for launch no sooner than Aug. 22 will mark the final flight of the Delta 4’s medium-lift configuration with a single first stage core booster.

ULA is retiring the Delta 4-Medium rocket after next month’s launch, but will continue flying the Delta 4-Heavy rocket — made of three first stage core bolted together — through at least 2024 to carry clandestine payloads into orbit for the National Reconnaissance Office, which owns the U.S. government’s spy satellite fleet.

The Atlas 5 rocket will also remain operational through the early 2020s until replaced by ULA’s new Vulcan rocket, set for a debut launch in 2021. 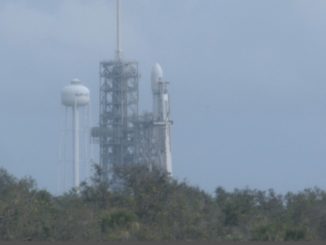 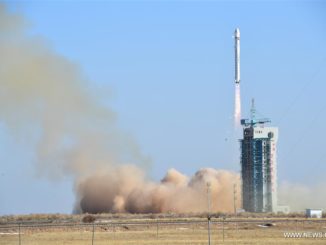 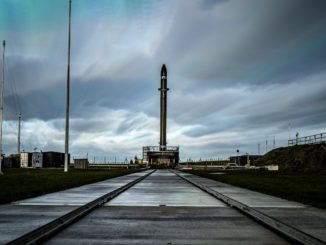