Northrop Grumman is gearing up for up to four launches this year at Wallops Island, Virginia, including two launches with Cygnus cargo ships heading to the International Space Station, and a pair of Minotaur rocket flights carrying classified payloads into orbit for the U.S. government’s spy satellite agency.

One of the two Minotaur launches scheduled for the second half of the year was not previously disclosed by Northrop Grumman or the National Reconnaissance Office.

This year’s launch campaigns will begin with the liftoff of Northrop Grumman’s Antares rocket April 17 from pad 0A at the Mid-Atlantic Regional Spaceport, a launch base run by the Virginia Commercial Space Flight Authority on property owned by NASA’s Wallops Flight Facility. The Antares rocket will loft Northrop Grumman’s Cygnus freighter on a resupply mission to the space station, the 11th Cygnus launch under a $2.9 billion cargo transportation contract with NASA.

Later this year, three Northrop Grumman missions are lined up for launch from Wallops. Another Antares rocket is set for takeoff in October with the 12th Cygnus resupply mission to the space station, and Minotaur 1 and Minotaur 4 rockets are also due for launch before the end of 2019 from pad 0B, located about a quarter-mile (400 meters) south of the Antares launch complex.

The U.S. Air Force, which oversees the Minotaur rocket program for the military, announced in December 2016 the selection of a Minotaur 1 rocket for the launch of a National Reconnaissance Office mission codenamed NROL-111. At the time, officials expected the NROL-111 mission to launch by the end of 2018.

Air Force and industry officials said the NROL-111 mission is now scheduled for late 2019. The delay was requested by the NRO, according to Col. Charles Galbreath, deputy director of the advanced systems and development directorate at the Air Force’s Space and Missile Systems Center.

In response to questions from Spaceflight Now, the Air Force confirmed plans for another Minotaur launch for the NRO — a mission designated NROL-129 — in the fall of this year.

The NROL-129 mission will launch aboard a Minotaur 4 rocket, which uses decommissioned motors from the Air Force’s retired Peacekeeper intercontinental ballistic missile, topped with a Northrop Grumman-made Orion 38 fourth stage. The smaller Minotaur 1 uses a similar combination of stockpiled solid-fueled missile motors and new upper stages, but is based on the Minuteman missile, not the larger Peacekeeper.

In a written statement, Galbreath said the Air Force awarded the NROL-129 launch contract in December 2017 to Northrop Grumman Innovation Systems, then known as Orbital ATK. The NROL-129 launch order is valued at $38 million, and the Air Force is paying Northrop Grumman $29.2 million under the terms of the previously-announced NROL-111 launch contract for the Minotaur 1 mission.

Launch services were both missions were arranged through the Air Force’s Orbital/Suborbital Program-3 contract.

Details about the spacecraft launching on the NROL-129 and NROL-111 missions are classified, Air Force officials said. The Air Force also declined to release more specific schedules for the Minotaur launches, but multiple industry officials confirmed the missions are scheduled for liftoff this year.

The Minotaur 1 launcher, with a height of nearly 70 feet, has a perfect success record since debuting in 2000. Eleven Minotaur 1 missions have launched to date — five from Wallops and six from Vandenberg Air Force Base in California — and the Minotaur 1’s most recent flight occurred in November 2013. The Minotaur 1 rocket can a payload of up to 1,278 pounds (580 kilograms) to a low-altitude orbit around Earth.

The Minotaur 4 is taller and more powerful than the Minotaur 1, capable of hauling 3,814 pounds (1,730 kilograms) to low Earth orbit. Northrop Grumman has launched four Minotaur 4 rockets on satellite delivery missions to orbit since 2010, all successfully, along with one launch of the Minotaur 5 rocket, which adds a fifth stage atop the Minotaur 4 stack.

The previous Minotaur 4 and Minotaur 5 missions have lifted off from launch pads in California, Alaska, Virginia and Florida.

The National Reconnaissance Office typically launches its payloads on bigger rockets than the Minotaur. Only one NRO satellite has launched aboard a Minotaur rocket, riding a Minotaur 1 into orbit in 2011 on an experimental technology demonstration mission.

The upcoming Antares and Minotaur flights, coupled with construction of a new launch facility for Rocket Lab at Wallops, could make 2019 the busiest year for orbital launches from Virginia’s Eastern Shore since 2013. If Rocket Lab gets a launch of its Electron rocket off from its new pad by the end of December, as the company currently plans, launch activity in 2019 could set a record for the highest number of orbital missions departing from Wallops in a single year. 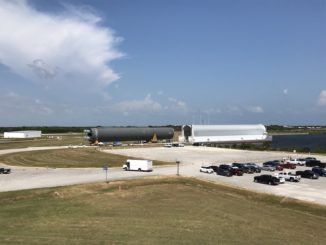 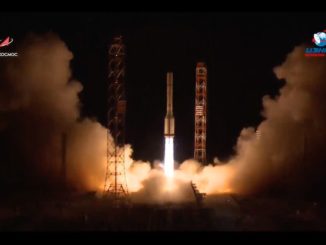 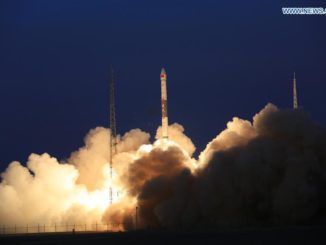