The four-stage Kuaizhou 1A booster delivered two microsatellites into two different orbits, using its restartable kick stage to maneuver to different altitudes for deployment of each payload.

The Kuaizhou 1A rocket lifted off from the Jiuquan space center in the Inner Mongolia region of northwestern China at 1000 GMT (5 a.m. EST) Sunday, arcing toward the south from the desert launch base toward a polar orbit.

Sunday’s launch, which occurred at 6 p.m. Beijing time, was the second flight of a Kuaizhou 1A rocket from the same launch site at Jiuquan in a little more than four days.

A Kuaizhou 1A rocket lifted off Nov. 13 from Jiuquan and successfully deployed a commercial Earth observation satellite into orbit for a fleet of Earth-imaging spacecraft owned by Chang Guang Satellite Technology Co. Ltd.

Kuaizhou means “speedy vessel” in Chinese, a name indicative of its purpose as a satellite launcher that can be readied for liftoff in a short time period. The rocket — likely derived from Chinese ballistic missile technology — launches from a road-mobile transporter, and it was not clear whether Sunday’s mission used the same transporter as the Nov. 13 launch.

Two “KL-Alpha” satellites were aboard Sunday’s Kuaizhou 1A launch. They are part of an international cooperative commercial project between the Innovation Academy for Microsatellites of the Chinese Academy of Sciences and a German company, according to China’s state-run Xinhua news agency.

Xinhua did not identify the German company involved with the KL-Alpha satellites, but the news agency said the spacecraft will conduct Ka-band communications tests. Other Chinese media reports suggested the satellites will perform technology demonstrations for KLEO Connect, a Berlin-based company which seeks to develop a fleet of small satellites to provide industrial asset tracking and data relay services.

U.S. military orbital tracking data showed that one of the KL-Alpha satellites was injected into a circular orbit roughly 650 miles (1,050 kilometers) above Earth, and the other separated in a more elliptical orbit stretching to a peak altitude of nearly 890 miles (1,430 kilometers). Both satellites are flying in orbits inclined 88.9 degrees to the equator.

The Kuaizhou 1A rocket is one of several new Chinese smallsat launchers. It’s managed by Expace, a commercially-oriented subsidiary of the China Aerospace Science and Industry Corp., the biggest Chinese state-backed aerospace contractor. Technical details of the Kuaizhou 1A launcher, capable of injecting 440 pounds (200 kilograms) of payload to a 435-mile-high (700-kilometer) orbit, have not been released by Chinese authorities.

With Sunday’s mission, Chinese teams have launched five Kuaizhou 1A rockets since 2017 on satellite delivery missions, including three this year. All five launches to date have been successful. 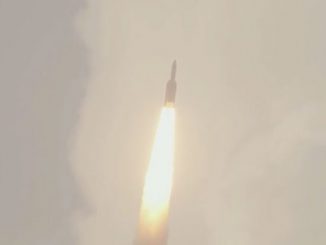 Watch Ariane 5 launch with Star One D1 and JCSAT 15 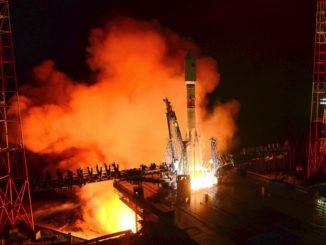 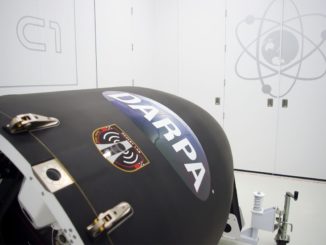