A new Russian navigation satellite lifted off Saturday on top of a Soyuz rocket, riding the three-stage booster and a Fregat upper stage into orbit to supplement the country’s Glonass network providing precise global positioning and timing services.

The Glonass-M navigation craft, built by ISS Reshetnev in Zheleznogorsk, Russia, lifted off at 2146 GMT (5:46 p.m. EDT) Saturday from the Plesetsk Cosmodrome in northern Russia.

The new navigation satellite lifted off from Plesetsk aboard a Soyuz-2.1b rocket and headed toward the east. The launch occurred at 12:46 a.m. local time at Plesetsk, located around 500 miles (800 kilometers) north of Moscow, where the coming summer solstice made for a twilight sky in the midnight hour.

The kerosene-fueled Soyuz rocket climbed into sunlight and jettisoned its four strap-on first stage boosters around two minutes into the mission, and the Soyuz payload fairing released a couple of minutes later, once the launcher climbed into the rarefied upper atmosphere.

Observers across northern Russia caught glimpses of the Soyuz rocket’s expanding exhaust plume lit by the sun, with dazzling views shared on social media and on YouTube.

The Soyuz core stage shut down and separated just prior to the five-minute point of the flight, and the third stage’s RD-0124 engine fired as planned before deploying the Glonass-M satellite and its Fregat upper stage approximately nine minutes after liftoff.

The Fregat stage ignited its main engine three times to send the approximately 3,100-pound (1,400-kilogram) Glonass satellite, designated No. 56 in the Glonass system, into a circular orbit around 11,900 miles (19,100 kilometers) above Earth, tilted at an angle of 64.8 degrees to the equator.

The Glonass-M satellite deployed from the Fregat upper stage around three-and-a-half hours after liftoff.

The Glonass fleet consists of 24 active satellites, plus the new spacecraft launched Saturday and another undergoing flight tests. The network, which is run by the Russian military but is also used by civilians worldwide, requires 24 satellites in service spread among three orbital planes to provide global navigation coverage.

The new satellite is set to replace an aging Glonass navigation station launched in 2009. The Glonass-M spacecraft are designed for seven-year service lives.

The Russian Defense Ministry renamed the satellite Kosmos 2527 after the launch, keeping with the naming convention for the country’s military payloads. The defense ministry confirmed in a statement that the Glonass-M satellite launched Saturday was functioning normally after arriving in orbit.

The Glonass program is Russia’s analog to the U.S. military’s Global Positioning System, providing precise position and time information to users equipped with receivers on the ground.

Saturday’s launch was the ninth orbital mission by a Russian-built rocket this year, and the 53rd orbital launch worldwide in 2018. 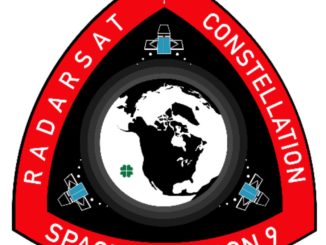 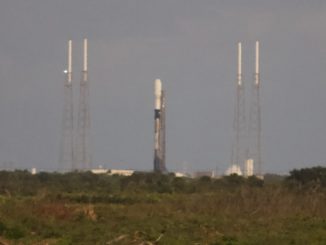 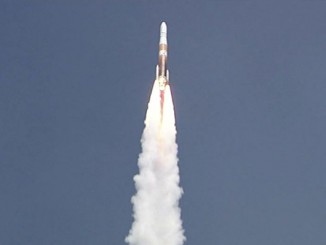