With thrilling cosmic clockwork, the moon will pass in front of the sun Monday, casting a 70-mile-wide shadow that will sweep across the United States from coast to coast, giving millions along the “path of totality” a chance to marvel at one of nature’s grandest spectacles, a total eclipse of the sun.

It is the first solar eclipse visible from the United States since 1979 and the first to cross the entire continent in 99 years. Some 12 million people live in the path of totality, and many experts expect that number to at least double when veteran eclipse chasers, armchair astronomers and the merely curious rush in, possibly at the last minute.

“So instead of being 12 million, we’re expecting 20 plus,” said Rick Fienberg, a spokesman for the American Astronomical Society. “I would be surprised if that was an inaccurate estimate.”

Weather permitting — and with eye safety in mind — everyone in the continental United States, Canada, Central America and the northern quarter of South America will enjoy a partial solar eclipse, with the moon blocking some or even most of the sun as the three-hour event unfolds.

But for the millions of residents who live in the 14 states along the path of totality, along with millions more who braved predicted heavy traffic to join them, the sky will darken as the sun is completely obscured, the temperature will drop, bright stars and planets will come out and a 360-degree sunset will be visible around the horizon.

In the seconds before the sun is totally obscured, brilliant shafts of light passing through lunar valleys and chasms around the moon’s limb will flicker and flare, a phenomenon known as Baily’s Beads, before a brief, final burst of concentrated sunshine giving the sun the appearance of a diamond ring.

And suddenly, that final flare will vanish, the sun will disappear and its outer atmosphere, the normally unseen, super-heated corona, will shine and shimmer with the brightness of a full moon, a crown-like halo stretching away in all directions.

“If you’re in the path of totality, it will get dark, it will get cool, you will experience a total eclipse,” Fienberg said in a telephone interview from Oregon.

“Of course, the part that’s most exciting is actually seeing the corona and seeing the beautiful sunset colors and seeing the stars and planets come out. Hopefully, as many people as possible will see that. Whatever the weather, I suspect this will still go down as the most observed eclipse in history.”

Michael Bakich, a senior editor with Astronomy magazine, put it like this:

“I think of it as ‘awesome’ in the truest sense of the word: able to inspire or generate awe. … I guarantee that if you stand in the moon’s shadow under a clear sky, you’ll never forget it. Furthermore, it will stand out as one of the greatest — if not the greatest — sights you ever have or ever will behold.”

The spectacle begins near Lincoln Beach, Oregon, when the moon’s outer shadow, or penumbra crosses the coast at 9:05 a.m. PDT (12:05 p.m. EDT), marking the start of a partial solar eclipse.

One hour and 11 minutes later, at 10:16 a.m. local time (1:16 p.m. EDT), the dark inner heart of the moon’s shadow — the umbra — will cross the coast. For the next one minute and 58 seconds for those along the coast, the moon will totally block out the sun as the umbra, moving at some 2,400 mph, begins its race across the heartland of American.

Because of the swiftly-changing geometry and the motions of the Earth and moon as they wheel about in space, the duration of totality increases as the shadow races eastward, lasting an additional four seconds by the time it reached Madras, Oregon, three-and-a-half minutes after landfall.

A town of 6,200 with historically clear skies, Madras braced for a veritable flood of visitors.

“They’re expecting about a million people to enter the state, a million out-of-towners are supposed to come to the state of Oregon,” said CBS News Correspondent Jamie Yuccas. “Where we’re located in Madras, they’re expecting between 100,000 and 200,000 people.”

She said the local residents have been “really, really nice and accommodating.”

“What the mayor said to me was kind of funny,” Yuccas said. “He said ‘you know, I think it’s going to be one of those situations that you might not get your newspaper, you might not have your daily Starbucks and if that happens, I guess it’s a first-world problem, and you’re going to have to figure out your own survival skills.'”

She laughed, saying “there are going to be some minor inconveniences, but I actually think they had a pretty good plan together.”

Fienberg also was in Madras, leading a tour group for his 13th solar eclipse.

“It’s like children, you know, you love them all, you can’t have a favorite,” he said. “I’m excited for this one. This is he first opportunity I have to actually shoot pictures with a tracking telescope mount and computer controlled camera. I’m usually traveling to far, distant lands where I can’t … bring all that stuff.

The computer is programmed to track the sun and take 300 pictures between the start of the eclipse and its conclusion. “And I’m not going to have to touch it! I’m going to get to look this time instead of spending half my time trying to take pictures manually,” Fienberg said.

Steven Young, publisher of Astronomy Now magazine in Great Britain, picked Casper because of its generally clear August weather and grand western vistas. He was not alone.

“There’s a map here that people are putting pins into,” Young said by telephone. “There are people from Australia, the Philippines, all across Europe, Russia, India, South Africa who have put pins in. Everywhere you go, people are here for the eclipse.”

City managers closed off the historic section of downtown and “most businesses, the library, offices, are all going to be closed, like a national holiday,” Young said. “I think the population here is 50,000, but the locals have been told to expect that to double. … There’s definitely a lot of excitement. Everywhere you go people are talking about the eclipse.”

Residents of the northeast corner of Kansas City, just inside the path of totality, will enjoy about a minute of darkness around 1:08 p.m. (2:08 p.m. EDT) as will residents in southwestern St. Louis a few minutes after that.

Crossing the Mississippi River, the center of the umbra will pass just south of Carbondale, Illinois, at 1:20 p.m. (2:20 p.m. EDT) before moving over Paducah and Hopkinsville, Kentucky, at 1:24 p.m. (2:24 p.m. EDT). A few miles south of Carbondale, eclipse watchers will enjoy the maximum duration of darkness, about two minutes and 43 seconds of totality.

Illinois Southern University in Carbondale is hosting eclipse watchers at its football stadium, where 20,000 spectators are expected, along with amateur astronomers spread out across an adjacent field, scores of vendors, area residents, students, journalists and veteran eclipse chasers. The small town took on a carnival atmosphere in the days leading up to the eclipse as city managers and residents implemented a detailed, smooth-running plan years in the making.

NASA Edge, a popular space-centric science and technology show carried on NASA’s satellite television system and streamed on the internet, was set up at the ISU stadium as part of the space agency’s “megacast” of eclipse events.

“We’re essentially covering the entirety of the eclipse from the west coast to the east coast, focusing on totality here in Carbondale,” said executive producer and co-host Blair Allen. “It’s the crossroads of the eclipse. In seven years, in some bizarre twist of natural fate, Carbondale happens to be where (the next U.S.) eclipse comes in 2024. Since it’s coming again, this is sort of a sneak preview for 2024.”

A suite of sophisticated cameras and telescopes, one with a nine-inch lens, were set up to stream live images of the sun throughout the day in multiple wavelengths.

“You don’t have the opportunity to see this kind of astronomical event with any kind of regularity,” Allen said. “So for us, it’s right up there, because even though we know in seven years there will be another one, you never know if you’re going to make it, you never know what’s gong to be happening or, more important, whether there’ll be good weather. We’re keeping our fingers crossed.”

From Illinois and Kentucky, the shadow will move across Clarksville and then Nashville, Tennessee, the largest city in the path of totality, at 1:27 p.m. (2:27 p.m. EDT). A few moments later, it will pass over Interstate 40 near Silverpoint, TN, where home builder Tommy Thomas prepared for a mega-eclipse party of his own on the family farm, a stone’s throw from the center of totality. He expected about 200 guests.

He said his twin daughters “called me one day and said Dad, the eclipse is crossing your driveway. We want to have a party. I said I’m up for it. … We brought in a tent, we brought in restrooms, we’ve got electricity, we’ve made a bar out of the barn, we’ve got areas for different social groups, we’ve got fire pits, we’re going to have games.”

“Life is meant to be celebrated, and if you don’t do it, it’s your fault,” Thomas said. ” “We’re going to sit out here, drink a drink, make a toast and enjoy life.”

Crossing central Tennessee, the moon’s shadow will pass over the Smokey Mountains, the southwest corner of North Carolina and then race over the heart of South Carolina where viewers in Greenville, Columbia and Charleston will enjoy totality between 2:38 p.m. and 2:47 p.m. EDT.

The moon’s shadow then will move off shore and out over the Atlantic Ocean, one hour and 33 minutes after the umbra crossed the coast of Oregon some 2,500 miles away.

“Many, many people are going to be losing their eclipse virginity on Monday,” Fienberg said. “It’s going to be a pretty exciting day.” 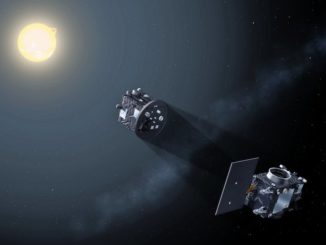 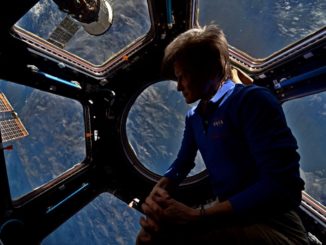