CAPE CANAVERAL — The most powerful variants of the Atlas 5 and Delta 4 rockets have been purchased by the Air Force to launch intelligence-gathering spacecraft for the U.S. government, and NASA has bought an Atlas 5 to deploy a critical polar-orbiting weather satellite.

The first mission is planned for July 2020 from Vandenberg Air Force Base in California using a Delta 4-Heavy rocket to launch the NROL-82 payload for the National Reconnaissance Office.

The other newly-ordered launch is just a month later in August 2020 using an Atlas 5-551 with five side-mounded solid rocket boosters for maximum liftoff power. It will launch the NROL-101 payload from Cape Canaveral. The identity of that craft is not publicly known, nor is its target orbit.

Both rockets are part of the existing EELV Block Buy between the Air Force and United Launch Alliance. The mission assignments were announced Friday by the Pentagon.

The missions exceed the lift performance of the SpaceX Falcon 9 rockets that has been certified by the Air Force for national security payloads, making ULA the only provider available to execute these heavy launches.

In other government-launch news, NASA said last month that the second satellite in the next-generation era of U.S. civilian weather observatories will be launched atop an Atlas 5-401 rocket.

The Atlas 5 beat out the Falcon 9 in a competition to win the rights to launch the Joint Polar Satellite System spacecraft No. 2 in 2021 from Vandenberg Air Force Base.

The first JPSS is scheduled to launch this September atop the high-end version of ULA’s Delta 2 rocket with nine strap-on solid motors.

But with the Delta 2 being retired next year, the JPSS 2 launch will be performed by the modest version of the more-powerful Atlas 5 rocket flying in its frequently-used 401 configuration with no solids.

JPSS is the next American polar-orbiting weather satellite series that will feed long-range forecasts and track environmental trends. It is is a collaboration between NASA and the National Oceanic and Atmospheric Administration.

From a 512-mile orbit, tilted 98.7 degrees to the equator and traveling pole-to-pole, JPSS satellites will survey the entire globe twice per day with their sensor packages.

The craft will provide imagery, atmospheric temperature and humidity profiles, and land and ocean surface temperature observations, all of which are key ingredients for weather forecasting. In addition, the satellite will measure ozone levels and reflected solar radiation from the planet.

The Air Force has awarded two GPS launches to Falcon 9, as previously reported. The military is evaluating ULA vs. SpaceX for its Space Test Program 3 mission, and has plans to compete a dozen other low-weight launches. 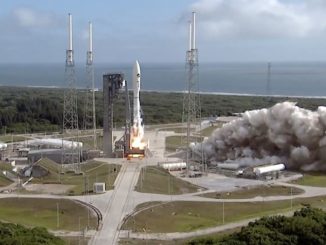 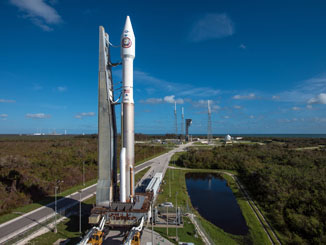 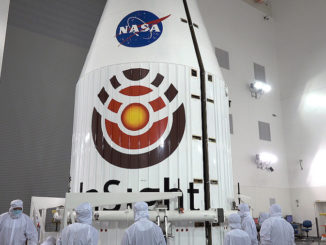