Scientists examining imagery from Europe’s Rosetta spacecraft have logged numerous changes to the face of comet 67P/Churyumov-Gerasimenko, from collapsing cliffs to a growing crack through the comet’s neck that could foretell the eventual unraveling of the city-sized icy world.

The changes occurred as the comet traveled along the portion of its orbit closest to the sun, and comet 67P responded to the hotter conditions with dramatic outbursts of dust and ice, forcing the Rosetta spacecraft to move to a standoff position more than 100 miles away to keep out of the haze cloud.

Researchers said this week they have conclusively linked one of the outbursts to the collapse of a cliff on the comet, and scientists revealed other changes in the comet’s appearance noticed after its passage near the sun in 2015.

The European Space Agency’s Rosetta spacecraft arrived at the comet in August 2014, dropped a short-lived robot named Philae to its surface in November of that year, and spent more than two years observing the object’s behavior, completing the first long-term close-up exploration of a comet in history.

Ground controllers intentionally crash-landed Rosetta on the comet in September 2016, ending the mission as the probe’s power and fuel resources began to wane.

Scientists published two papers Tuesday in the journals Science and Nature Astronomy, describing the landscapes Rosetta saw before and after its perihelion, the point in its nearly six-and-a-half-year orbit nearest to the sun.

At perihelion in August 2015, comet 67P was about 115 million miles (186 million kilometers) from the sun, a point between the orbits of Earth and Mars.

The observations yielded new discoveries about how comets evolve, with powerful eruptions and outgassing that give them their fuzzy appearance through telescopes. Scientists believe comets contain primordial materials left over from the formation of the solar system, and they can glean important insights into the origins of the planets, and perhaps life itself, through studying the frozen mini-worlds.

Presenting their results at a press conference Tuesday at the Lunar and Planetary Science Conference near Houston, scientists showed images illustrating how the face of the comet changed during Rosetta’s two-year exploration. They identified eroded cliff walls, a lengthening crack between the two lobes of the duck-shaped comet, a giant rolling boulder, transient pitted patterns, and recurring ripples in the comet’s dune-like dusty veneer.

Before Rosetta, scientists only had comet imagery from high-speed flybys, and space missions had encountered just a single comet — Tempel 1 — more than once, revealing evidence of an eroding ridge on its surface.

“We had limited information on what other changes might happen on a comet — when do they actually start to kick in, and how long are these activities going on?” said Ramy El-Maarry, lead author of the paper published in Science and a member of the Rosetta science team at the University of Colorado, Boulder. “Also, (the) rate of change was something that we didn’t have information about before Rosetta.”

Maurizio Pajola, an astronomer at NASA’s Ames Research Center, said his team was able to connect a powerful outburst seen by Rosetta’s cameras on July 10, 2015, with the collapse of a cliff on the comet, the first time scientists have been able to make such a linkage.

“Rosetta’s images already suggested that cliff collapses are important in shaping cometary surfaces, but this particular event has provided the missing ‘before–after’ link between such a collapse, the debris seen at the foot of the cliff, and the associated dust plume, supporting a general mechanism where comet outbursts can indeed be generated by collapsing material,” said Matt Taylor, ESA’s Rosetta project scientist, in a statement.

“This is a really important point because we have different ideas on how outbursts can happen on the surface of a comet,” Pajola said Tuesday at the science conference in Texas. “There are different reasons, but this is one of the possibilities, and we can really validate it.”

Experts calculated that the outburst came from the comet’s Seth region, home to a cliff first seen in September 2014, soon after Rosetta drew close to comet 67P. The scarp had a 230-foot-long (70-meter), 3-foot-wide (1-meter) fracture near its edge.

Pajola and his team compared two images of the cliff captured July 4 and July 15. The first showed the feature — named the Aswan cliff — intact with the previously-observed crack, but the cliff’s shape and appearance had changed dramatically by the time Rosetta returned to take the second picture.

“We were like Sherlock Holmes,” Pajola said of the detective work. “We were trying to go back in time and trying to see when this cliff was collapsing.”

Once comet 67P’s activity subsided as it headed toward the outer solar system again, Rosetta returned to the vicinity of the nucleus to record high-resolution snapshots of the surface, revealing the base of the ridge to be littered with boulders the size of cars that fell down the 440-foot (134-meter) face of the cliff.

Scientists estimate about 1 percent of the collapsed material was lost to space, escaping the comet’s tenuous gravity field and generating the bright cloud seen at the time by Rosetta.

According to Pajola, the cliff was in direct sunlight for only 90 minutes during each 12.4-hour day on the comet. But data from Rosetta indicated the surface temperature at the Aswan cliff rose from around minus 220 degrees Fahrenheit (minus 140 degrees Celsius) to 122 degrees Fahrenheit (50 degrees Celsius) in less than 20 minutes during each exposure to sunlight, a severe gradient not seen on other solar system bodies.

Scientists ruled out a sudden explosion triggered by solar heating because the collapse occurred when the Aswan cliff was in darkness. Instead, Pajola described how repeated thermal cycles could eat away at the ice buried inside the fracture at the top of the cliff.

“Thermal cracking can really propagate into the interior of the cliff,” Pajola said. “You’ve got to consider that this area was already damaged. It was already fractured before the cliff collapse.”

The ice inside the cliff acted like a glue holding the scarp together, and as heat reached inside the crack, the ice would have sublimated, or vaporized from a solid into a gas.

“All of a sudden, this glue is being lost,” Pajola said. “Sublimation happens, then there is this erosion, and since we are talking about an overhanging cliff, this block just freely falls down, and while it’s falling down, it’s crumbling apart.”

Scientists saw bright outcrops on the Aswan cliff after it caved in. Scientists interpret the markings, which were at least six times brighter than the rest of the comet, as water ice brought to the surface by the collapse.

The bright features dimmed in the months after the event as sunlight vaporized the water ice.

The collapsed cliff was just one of many changes on the comet outlined by El-Maarry and his co-authors in Science.

Scientists attribute the large-scale fractures to the comet’s faster spin rate from torque introduced by jets activated by the warmer conditions at perihelion.

“The comet actually speeds up due to this activity around perihelion, and when it speeds up, models have shown that you’re going to introduce stresses into that body as it rotates, which tend to concentrate in the neck region,” El-Maarry said. “So these stresses would lead to the development of new fractures, or the evolution of pre-existing ones.”

By the end of the mission, the Rosetta team determined that comet 67P completed one rotation 21 minutes faster than it did when the spacecraft pulled alongside the comet in 2014.

“The comet probably is eventually going to split up as it’s going to speed up more and more,” El-Maarry said. “We have evidence of that, but when is that exactly going to happen, we, of course, have no idea.”

Scientists identified two boulders that moved during Rosetta’s campaign at the comet. One of the objects, roughly the size of a truck, moved around 50 feet (15 meters) between March 2015 and June 2016.

A much larger boulder, around 100 feet (30 meters) in size with a mass of 282 million pounds (130 million kilograms), trekked a distance more than the length of a football field. Rosetta’s science team believes the boulder was either lifted by a forceful outburst, or surface material at the base of the object holding it in position eroded away, allowing it to roll downslope.

With the weak gravity at comet 67P, the force required to lift the boulder would be equivalent to the forced needed to hoist a 550-pound (250-kilogram) object on Earth, according to El-Maarry.

Rosetta also saw up to 10 feet (3 meters) of dust and other surface material removed in the comet’s Imhotep plains, excavating circular features and boulders that were only partially visible at the start of the mission’s campaign at comet 67P.

El-Maarry said the comet lost, on average, about 3 feet (1 meter) of surface material globally, but the loss was uneven across the nucleus, with some regions seeing much more erosion than others.

Several scarps on the comet retreated by up to 150 feet (50 meters), moving at a rate of several feet per day at peak heating near perihelion.

“Scarp retreats were observed before on Comet Tempel 1, inferred by comparing images taken during flybys of the comet by NASA’s Deep Impact in 2005, and Stardust-NExT in 2011,” El-Maarry said. “What we were able to do with Rosetta was to monitor similar changes continuously, and at a higher resolution. Our observations additionally tell us that scarp retreat seems to be a common process on comets, specifically in smooth-looking deposits.”

Rosetta observed transient changes, including the appearance of pitted patterns in 2015 that were erased by June 2016.

Recurrent ripples in the comet’s Hapi region were spotted early in Rosetta’s mission in late 2014, but the dune-like features disappeared by April 2015 to be replaced by a mysterious circular marking in mid-2015. By December 2015, the circular feature was gone, and the ripples were back.

“These pesky features just don’t want to go away, and they seem to be intent in appearing on the comet in exactly the same location,” El-Maarry said.

Scientists think the ripples are formed as sublimating gas coming from the comet’s northern neck flows over the Hapi region.

“It will act a little bit like wind,” El-Maarry said. “We think that the peculiar geometry of the comet, because it has this concave shape at the neck, is going to funnel this gas horizontally across the neck region, and that would be the reason why you’re creating the ripples specifically at that particular location.”

Most of the comet’s changes are driven by sunlight and heating, El-Maarry said, but the icy object did not undergo a large-scale makeover.

“We didn’t get fireworks, comet-splitting, things breaking up, and massive depressions being created,” El-Maarry said. “So we didn’t see major changes in the comet’s landscape.

“We’ve seen cliff collapses, but nothing that has changed the landscape of the comet,” he said. “That is telling us something. It means that we had much more activity earlier in the comet’s lifetime.”

Comet 67P was discovered in 1969 by Soviet astronomers Klim Churyumov and Svetlana Gerasimenko. An analysis of the comet’s orbit showed that an encounter with Jupiter in 1959 put it on its current trajectory, which takes comet 67P more than twice as close to the sun than during the previous century, placing it in a much warmer environment conducive to an increase in outbursts and other activity.

El-Maarry said scientists have little information about the behavior of the comet when it first entered the inner solar system. The “real fireworks” could have subsided over the last few decades as sunlight blew off more volatile constituents like carbon dioxide, he said. 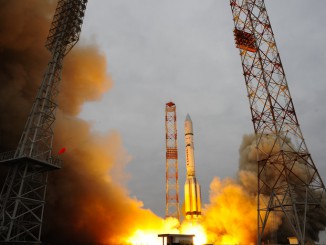 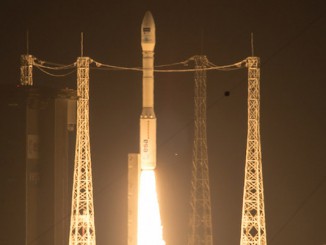