A century after Albert Einstein predicted their existence, gravitational waves have finally been detected, tiny ripples in the fabric of spacetime that were generated when two massive black holes, spinning around each other and radiating away gravitational energy, crashed together in a space-warping cataclysm, scientists announced Thursday.

At a packed news briefing at the National Press Club in Washington, researchers unveiled the results of recent observations using the U.S.-led Laser Interferometer Gravitational-Wave Observatory, or LIGO, project made up of two observing stations, one near Hanford, Washington, and the other 1,800 miles away near Livingston, Louisiana.

On Sept. 14, 2015, during tests of upgraded detectors, the Livingston instruments recorded an unambiguous signal. Seven milliseconds later, a remarkably similar signal was recorded in Hanford.

Scientists studying the signals concluded that two black holes some 1.3 billion light years away, one with about 29 times the mass of the sun and the other with around 36 solar masses, had collided after spiraling closer and closer together at half the speed of light, producing a single black hole with 62 solar masses.

Three solar masses were converted into gravitational waves that radiated outward in all directions. Some of those waves swept through our solar system last September, stretching Earth an infinitesimal amount in one direction and compressing it in a perpendicular direction as they distorted local space.

And that is what the LIGO instruments detected, the first direct evidence of merging black holes and the first unambiguous detection of gravitational waves.

“Ladies and gentlemen, we have detected gravitational waves. We did it!” said David Reitze, LIGO executive director at the California Institute of Technology. “What was amazing about this signal is that it’s exactly what Einstein’s theory of relativity would predict for two big, massive objects like black holes, spiraling and merging together.”

Einstein predicted the existence of gravitational waves in 1916 in his general theory of relativity. The mathematics indicated that massive bodies under acceleration, like binary black holes or the collapsing cores of huge stars in the death throes of supernova explosions, would radiate gravitational energy in the form of waves distorting the fabric of spacetime.

The waves would spread out in all directions, traveling at or near the speed of light. By the time a wave from an event many light years away reached Earth, however, its effects on spacetime would be vastly reduced, becoming hard-to-detect ripples rather than powerful waves.

And that makes detection a major challenge. Gravitational waves stretch and compress space over amazingly small scales by the time they reach Earth and to detect them, scientists and engineers had to devise a system that could measure changes in distance that are vastly smaller than the width of an atomic nucleus.

Each LIGO station features a pair of 2.5-mile-long vacuum tubes arranged in an L shape in which precisely tuned laser beams flash back and forth between multiple mirrors that effectively increase the distance each beam travels to nearly 1,000 miles. The laser beams then are recombined and directed into a sensor.

If the light from each vacuum tube travels exactly the same distance before it is recombined, the LIGO detectors will not “see” anything — the system is tuned so that the crests of light beams from one vacuum tube match up with the troughs of the other, creating destructive interference.

But according to Einstein, a gravitational wave will stretch space in one direction and compress it in a perpendicular direction. The effect on the LIGO stations would be to stretch the length of one vacuum tube and slightly shrink the other. Because the laser beams would travel slightly different distances during the passage of a wave, the crests and troughs would no longer match up when the beams are recombined.

The resulting interference pattern can be analyzed to determine exactly how much stretching and shrinking went on. But when it comes to gravitational waves, the effects on local space are truly infinitesimal, making detection a high-technology challenge and a feat Einstein could never have imagined.

To minimize the effects of sound-related vibrations, each vacuum tube in the LIGO system is pumped down to one-trillionth the pressure of Earth’s atmosphere at sea level. The resulting vacuum has eight to 10 times fewer atomic particles than the vacuum of space.

To eliminate vibrations from Earth sources, the 88-pound mirrors in the LIGO stations are suspended from the bottom of four pendulums, each using heavy counterweights. Computer controlled actuators damp out the largest vibrations before they can reach the pendulum-supported mirrors.

Finally, the LIGO system features two widely separated observing stations to make sure a local vibration is not misinterpreted. A gravitational wave should be seen by both stations at roughly the same time.

The LIGO equipment, recently upgraded to improve its sensitivity, is capable of detecting stretching and shrinking 10,000 times smaller than the width of a proton. That’s sensitive enough to measure the distance to the nearest star to within the width of a human hair.

On Sept. 14, 2015, the laser beams in the two LIGO facilities recorded just such a change. Analyzing the data, excited scientists realized they had the tell-tale signature of two black holes merging. The frequency and amplitude of the recombined laser light allowed them to computer the rough distance to the source, the masses of the black holes and their general direction.

The data could even be played as an audio recording, a hissing buzz that suddenly “chirps” upward at the end.

“Each of these black holes are about 150 kilometers (93 miles) in diameter,” Reitze said. “Take something that’s 150 kilometers in diameter … pack 30 times the mass of the sun in that (and) accelerate it to about half the speed of light. Now take another thing 30 times the mass of the sun, accelerate it to half the speed of light and collide them together. That’s what we saw here. It’s mind boggling.”

Kip Thorne, a LIGO co-founder at Caltech, a leading expert in relativity physics and technical consultant for the movie “Interstellar,” said the energy released in the final 20 milliseconds of the black hole merger was 50 times more than the output of all the stars in the universe.

“We have been able to deduce the full details of the storm by comparing the gravitational wave forms that LIGO saw with the waveforms predicted by supercomputer simulations.”

The gravitational storm was very brief, he said, lasting about 20 milliseconds, “very brief but very powerful.

“The total power output in the gravitational waves during the brief collision was 50 times greater than all of the power put out by all of the stars in the universe put together,” he said. “It’s unbelievable. Because it was so brief, the total energy was not that big, it was ‘only’ what you’d get by taking three suns, annihilating them and putting them into gravitational waves.”

Gravitational wave observatories in Italy, Japan and India are expected to join LIGO in the coming years, vastly improving the precision of such observations.

And LIGO-class observatories might one day detect gravitational waves from cosmic strings created in the big bang birth of the universe.

“What’s really exciting is what comes next,” Reitze said. “Four hundred years ago, Galileo turned a telescope to the sky and opened the era of modern observational astronomy. I think we’re doing something equally important today, I think we’re opening a (new) window on the universe, a window of gravitational astronomy.” 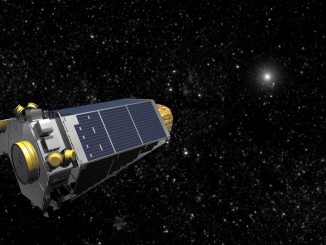 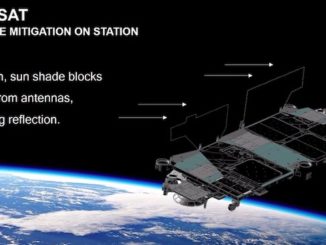 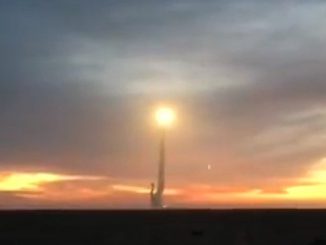