China added another spacecraft to its growing constellation of Beidou navigation satellites Tuesday with a successful launch by a Long March 3B rocket, according to state media reports.

The Beidou satellite, apparently heavier than other current-generation models of Chinese navigation craft, lifted off aboard a Long March 3B rocket at 2313 GMT (7:13 p.m. EDT) Tuesday from the Xichang space center in southwestern China’s Sichuan province.

U.S. military tracking date indicated the launch deployed the Beidou spacecraft into a highly elliptical transfer orbit with a high point more than 22,200 miles (35,800 kilometers) above Earth and a low point less than 120 miles (200 kilometers) in altitude. The satellite is circling Earth at an inclination of 55 degrees.

It is the 20th member of the Beidou fleet launched by China, and the fourth satellite put into space since China started full-scale deployment of a 35-spacecraft constellation to provide global navigation coverage by 2020.

The satellites will be scattered in three types of orbits — geosynchronous orbit over the equator and in inclined orbits circling 22,300 miles and 13,300 miles above Earth.

The satellite sent up Tuesday was destined for one of the Beidou system’s inclined orbits. Unlike a launch to a similar orbit in March, which put a Beidou craft directly into a circular orbit more than 22,000 miles up, Tuesday’s mission used a bigger version of the Long March rocket and separated into an egg-shaped transfer orbit.

The difference suggests the new-generation satellite is heavier than its predecessor, according to space analysts.

China intends for the Beidou system to be an alternative to the U.S. Air Force’s GPS network, which is one of two global navigation systems currently deployed — alongside Russia’s Glonass constellation. Europe is working on its own worldwide satellite navigation program called Galileo, while India and Japan are developing regional systems. 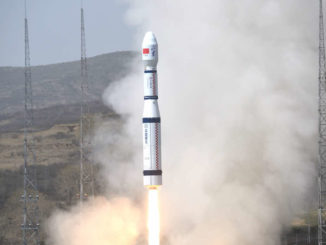 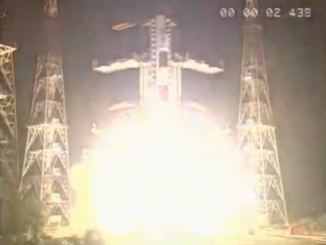 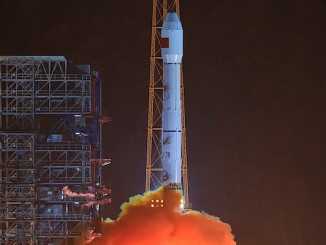 China launches eagle-eyed satellite to stare down at Earth