A hydrogen-fueled rocket engine ignited with a bone-rattling sonic wave Thursday at NASA’s test facility in Southern Mississippi, throttling up to more than a half-million pounds of thrust to verify upgrades to the space shuttle’s main engines can power a humongous new launcher off the planet.

Engineers recorded data from hundreds of telemetry channels routing information about the engine’s pressures, loads, temperatures and performance while the powerplant stayed bolted inside a test stand at the Stennis Space Center in Mississippi.

Pre-test plans called for the engine to power down to about 80 percent thrust later in the firing, then ramp back up to more than 90 percent performance, according to Steve Wofford, manager of the engine project for the Space Launch System, a huge rocket NASA is developing to eventually send astronauts farther from Earth than any mission before.

Burning more than 300 gallons of cryogenic liquid propellant every second, the rocket engine let out a thunderous blast for 535 seconds — nearly nine minutes — and launched a billowing cloud of water vapor exhaust thousands of feet into a sun-splashed sky.

Hundreds of VIPS, reporters and social media representatives invited to the test by NASA viewed the engine firing from 1,250 feet away, snapping photos while wearing earplugs to protect against the 120-decibel roar from the engine.

Thursday’s test firing is the latest in a series of runs to qualify modifications to the shuttle-era RS-25 engine to fly on the new rocket in a configuration never envisioned by its designers.

NASA managers selected the space shuttle engines for the Space Launch System as a cost-saving measure. The engines are also well-suited for the new launcher, but four of them will fly per mission instead of the triplet configuration used on the shuttle.

“It’s the best technical solution, by far, for SLS propulsion,” Wofford said. “It’s also the most affordable solution for this vehicle.”

Kathryn Crowe, an RS-25 engineer, calls it the “Ferrari of rocket engines.”

The shuttle main engines are a product of the 1970s, and were designed in an era lacking the high-fidelity modeling and computational analysis available to rocket engineers today.

But the engines are still at the leading edge of rocket science, said a chorus of engineers visiting with reporters at Stennis on Thursday.

Temperatures inside the engine reach 6,000 degrees Fahrenheit, and super-cold liquid hydrogen chilled to minus 423 degrees channels through the engine to keep it from overheating. Exhaust coming out of the nozzle exits at 13 times the speed of sound, according to NASA.

“The amazing thing about the RS-25 is the amount of energy that’s packed into such a small machine,” said Tom Martin, project manager for advanced space and launch at Aerojet Rocketdyne, the engine’s manufacturer. “It’s literally at the edge of engineering.”

But engineers say the powerplants on SLS will encounter more extreme conditions than they saw on shuttle launches.

“Why do we test the engines? It’s a stable design, it’s a mature design, we have the engines in hand, and most of them have flown before, (but) there are some new things we had to develop and certify,” Wofford said.

Honeywell and Aerojet Rocketdyne developed a new computer to signal commands to the engine’s valves, actuators and other systems. The upgraded controllers replaces an obsolete computer flown on the shuttle.

The mammoth Space Launch System core stage stands 212 feet tall — much higher than the shuttle’s rust-colored, foam-covered fuel tank — so propellant will rush into the engine at higher pressures.

“That tall a tank gives you a greater pressure down at the bottom of the tank,” Wofford said. “It’s like being deep in a swimming pool. The pressure is pretty high at the bottom. It’s higher than the engines are used to seeing. They can handle it, but we test to prove that they can handle it.”

Engineers were interested in several other key data points from Thursday’s test, the sixth in a series of seven firings of a ground version of the RS-25.

Besides the new computer and higher pressures, the engines will get much hotter on the Space Launch System because the design puts them closer to the molten exhaust plume from the launcher’s twin solid rocket boosters.

“We’re going after several specific test objectives,” Wofford said. “One of those is to check the performance of the ablative material on the nozzle. The engines are co-planar with the boosters on SLS, so they see much higher temperature conditions. We’re adding ablative (material) to the outside of the nozzle to protect against that.”

Thursday’s hold-down firing also verified new engine chilldown procedures for SLS countdowns, in which controllers pre-condition the engines for ignition by routing cryogenic propellant through plumbing leading to the powerplants.

NASA has 16 RS-25 engines in inventory, including new units assembled out of spare parts. The other 14 engines flew in space on shuttle missions.

The engines will collectively generate 2 million pounds of thrust at launch, about one-quarter of the 8.4 million pounds of total thrust when coupled with the Space Launch System’s solid rocket boosters, also derived from shuttle technology.

NASA plans to install a single-engine upper stage borrowed from United Launch Alliance’s Delta 4 rocket on top of the huge main stage, giving the rocket enough energy to loft up to 70 metric tons — about 154,000 pounds — into low Earth orbit. Later missions will fly with a larger four-engine upper stage to carry up more cargo.

The first SLS test flight is scheduled for 2018. Launching from the Kennedy Space Center in Florida, the rocket will send an uncrewed Orion spacecraft into orbit around the moon for a shakedown cruise lasting more than three weeks.

A mission with four astronauts following a similar flight profile will take off in 2021.

Engineers plan to fire the engines at 109 percent thrust on initial test flights, a level qualified for shuttle flights but never used. Later launches could fly with RS-25 engines at an even higher throttle setting.

“We want to be able to run these engines at 111 percent thrust,” said Todd May, NASA’s SLS program manager at the Marshall Space Flight Center in Huntsville, Alabama. “For us engineers, and if you’re a little bit OCD, it’s kind of interesting that we take engines that were designed for 100 percent and we do like Spinal Tap and turn it up to 11. But that’s what we do, we run them at 111 percent.”

“109 percent is the baseline plan,” Wofford said. “We will later ramp up to 111 percent later in the program. 109 percent is low-hanging fruit, we could do that tomorrow and we have been doing that in this test series several times at quite a significant duration.”

Engineers have more margin to use because the RS-25s on the Space Launch System will be discarded in the ocean and not reused.

“On shuttle, we would light the engines, they would take off, they’d fly for eight-and-a-half minutes and they’d come back with the orbiters (to be used again),” said Timothy Duquette, an SLS propulsion engineer. “For SLS, it’s not coming back. So these are now expendable engines. One of the things that allows us to do is we actually run them at slightly higher thrust than we used to, a higher power level. It’s a little harder on the engine, we’re running it a little closer to redline, but it’s safe, especially for short durations on a mission like SLS.”

There is talk of seeing if the engines can safely perform at even higher thrust, May said, but such a power setting is not required for the SLS to meet its lift requirements.

“(With) money and time and testing and it can be done, you can expand your performance,” May said. “We have discussed, for future blocks of the rocket once we get up and flying, seeing if we want to chase performance. One of our tenets, when we designed SLS, was that we have a very robust design and we actually have a lot of performance margin. We don’t want to get into a situation where we’re chasing performance, because that last little bit of performance is what really drives your cost.”

The test firing Thursday used a ground version of the RS-25 engine. It was the sixth of seven tests of the development unit scheduled for this year, after ground firings kicked off in January.

“We learn every time we go,” Wofford said. “We’ll take the lessons learned and the data from this test and fold them into the test objectives for next time.”

Some time next year, engineers plan to run flight-rated engines through the test stand at Stennis. First will come an engine with flight heritage on the space shuttle to calibrate the test profile, then the two newly-assembled RS-25 engines will go on the test block, Wofford said.

There are no plans to put every SLS rocket engine through its own regimen of acceptance testing before flight, Wofford said.

But all four of the engines slated for the first Space Launch System test launch in 2018, known as Exploration Mission-1, will get run time together in an all-up hotfire test with the rocket’s core stage at Stennis.

The Earth-shaking test is a can’t miss, NASA officials said. It is expected some time in late 2017. 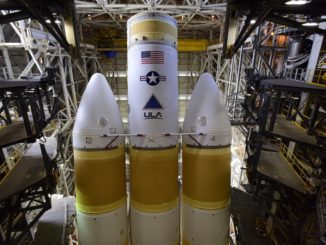 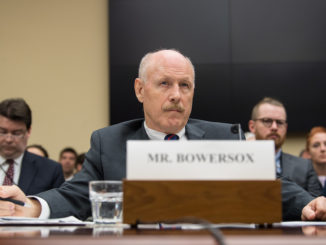 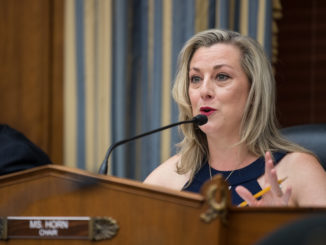